Greetings! Welcome back to another edition of Canon Fodder, number 25 to be exact, can you believe it? Last week we gave you a closer look at the luscious lore surrounding the upcoming Halo 2: Anniversary map, Remnant. This week we thought we’d keep the reveal train rolling and offer some small insights into what’s waiting for you inside the digital pages of Halo: Saint’s Testimony, by 343 Industries’ very own Franchise Development Director, Mr. Frank O’Connor. Also, in addition to another quick update on #HUNTtheTRUTH, we answer a quick query from the community that offers both clever confirmation and agonizing ambiguity. Plus, a couple of lovely little updates to the Universe section. Read on! 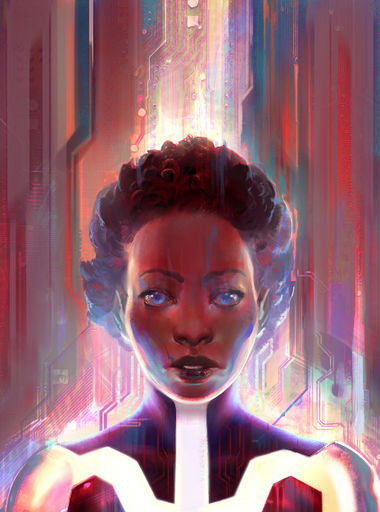 Back in Issue 15, we dropped our 2015 literary lineup on your excited eyeballs, revealing the five titles you’ll be able to add to your Halo required-reading list this year. Of course at first, titles were all you had. Slowly but surely, we’ve trickled out additional knowledge nuggets to foreshadow each course in 2015’s fiction feast. Also in Issue 15, we spoke to Frank O’Connor about the state of the Halo fiction overall, and obtained a few cryptic clues related to his own upcoming entry .

“I’m writing in a subject that has always fascinated me,” Frank explained, “beginning with Halo from 2001 – the nature of AI and the nature of life itself – or rather consciousness. There’s a lot of philosophy and physics pointing to consciousness being an aspect of existence itself – the universe itself evolving thought with life as a node of that evolution. And there is more than one way to skin that cat. This won’t be an action epic, but it will be mercifully short.”

Since then, fans have speculated as to what character might be headlining this particular short story, as it explores – as Frank put it – “…the nature of AI through the eyes and travails of a less-exposed Smart AI character, but someone you guys will be familiar with.” Well, wonder no longer, as just because digital stories might not have a “back cover” to speak of, doesn’t mean we can’t provide you some the words you would have found on it. Here you go!

The military-grade artificial intelligence known as Iona has only one week to live. After that, the UNSC will legally terminate her seven-year existence in order to stave off the threat of the data corruption phenomenon known as “rampancy,” a condition that will eventually take hold of her functionality and persona, endangering all those around her. In a last-ditch effort to save herself, Iona has successfully launched an unprecedented legal appeal against her own death sentence – a case being watched very closely at not only the highest levels of human government, but by others with a very different agenda….

In addition, I’m sure you obviously noted the absolutely gorgeous “cover” art to the right whipped up by the very talented Chase Toole. Click to make big! Halo: Saint’s Testimony is a digital single slated for release on July 27th, 2015, in conjunction with our partners and friends at Simon & Schuster. Yet another lore morsel to help you pass the time during the wait for Halo 5: Guardians this fall… 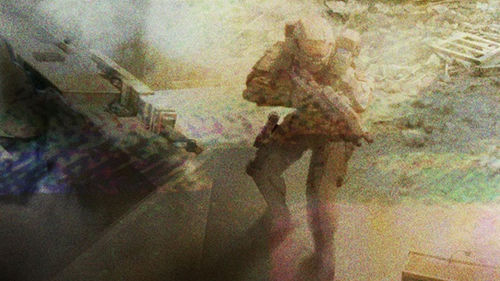 For thousands of Halo fans, listening in on the exploits of journalist Ben Giraud has become a weekly vice. Last Sunday’s episode began with a bang and was relentless from start to finish. The storm FERO promised has begun in earnest, but perhaps not in the ways Ben had anticipated. Amidst the swirling accusations and the rampant uncertainty, at the center of it all was a sickening picture of a fallen hero. For all Ben’s hunting of the “truth,” he seems increasingly surrounded by ever more difficult – and more dangerous – questions. Could the hero of humanity be hiding a much darker side? You won’t want to miss the next episode, that’s for sure. The table is set, but who’s getting served? Don't forget you can follow the audio adventure on Tumblr, iTunes, and the Halo Channel.

Also, we recently released a list of some of the incredible talent that fills the cast list for the #HUNTtheTRUTH podcast. It’s jam-packed with industry vets and fan favorites. If you missed it before, here it is again…

Does the Ark have its own Monitor?

[REDACTED]:' Your intrusion has been logged. And now it has been halted.

[REDACTED]: Advice: Any further attempt to access [insects under stones] will result in your immediate addition to the local Sentinels' targeting ledger.

[REDACTED]: All our makers once held dear. [Alexandria before the Fire].

[REDACTED]: Explanation: This facility is host to the [Librarian’s] final--

Indeed, Installation 00 does have a monitor of its own, built and crafted by the Forerunners for the special purpose of safeguarding the ancient forge and preparing for their return in accordance to ancient intentions. As noted, the aforementioned exchange between the Ark’s monitor and 343 Guilty Spark took place during the Battle for Installation 00 in late 2552, as the lovable light bulb tried to access the Ark’s systems in hopes of halting the Flood’s advances near the end of Halo 3. The Ark’s monitor continued to resist Guilty Spark’s appropriation attempts, threatening to turn the Ark’s formidable Sentinel-led defense systems on 343 and the Master Chief.

And in case you’re wondering, yes, the redaction above was added there intentionally. Don’t be too put out however, as you might not have to wait as long as you think to fill in that bothersome blank. After all, isn’t the thrill of the hunt all part of the fun in the fiction? Stay tuned, you won’t be in the dark much longer…

And with that loving dance of fact-meets-frustration, it’s time to sign off. Have a fantastic week and don’t forget to tune into the next episode of #HUNTtheTRUTH this Sunday!

Until next week… Live well, play Halo, and always consult an egghead before pushing unknown buttons.

Delta Halo, or Installation 05, was part of the Halo Array, a series of ringworlds created for the purpose of destroying the Flood.

The Shadow of Intent is a Covenant assault carrier and flagship of Rtas ‘Vadum's Fleet of Retribution.