Happy new year! January has brought with it a fantastic feeling of fresh starts and eager outlooks, so we figure it's only natural that we add to the festivities with the first Canon Fodder of 2021. We've got some MCC armor lore to discuss and some recent announcements to resurface, so let's get to it, shall we?

Also, in case you missed it, we recently announced a brand-new novel from Kelly Gay on the way on March 2. What you might not know is that we also recently announced that the audio book will be read by none other than the lightbulb liaison himself, Mr. Tim Dadabo! For those of you who enjoyed his dulcet tones in the audiobook for Halo: Primordium, you already know what a treat you’re in for. We figured considering the subject matter, there was no better person for the task, and we’re thrilled that the right stars were able to align to make it happen.

Twitter - Halo
« We're thrilled to announce that Tim Dadabo (@davocal1), voice of 343 Guilty Spark, will be narrating the #audiobook edition of Halo: Point of Light by @KellyHGay, coming March 2! »

Halo: Point of Light follows up on the story first forged in Smoke & Shadow and Renegades, and we can’t wait for you all to read it.

And speaking of forging, now might be the time to transition over to today’s main event. And for all you secret smiths wondering “how soon is now?” Well, you gotta strike while the iron’s hot.

As many of you know, we recently announced that we’re adding items from the experimental Halo Online project into the Master Chief Collection as part of the Season 5 slate of customization options. Keen-eyed fiction fans will likely recognize certain aspects that surfaced in various ways over the past few years, but their inclusion in MCC Halo 3 multiplayer will mark their first “true” inclusion into proper canon, including more definitive lore and robust integration into the overall universe. 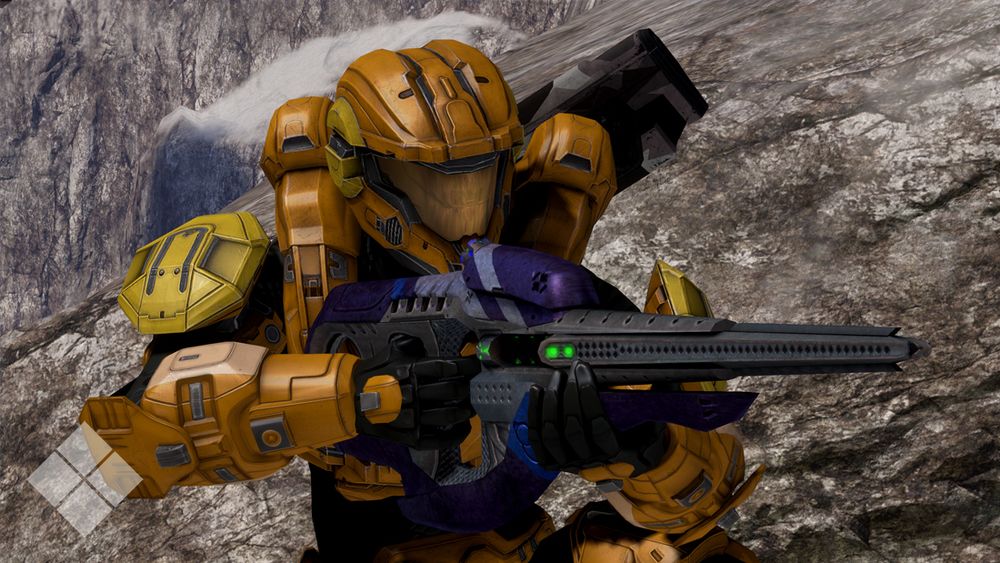 Of course, for time-capsule types who prefer to keep their clocks set to 2007, there’s an option to toggle off any new cosmetic content such as skins for weapons and vehicles as well as armor add-ons.

When you boot up Halo: The Master Chief Collection on Jan 27, you'll be greeted with a brand new season, appropriately titled "Anvil." As the name implies, these new customization items find their fictional foundations within a classified facility known as Anvil Station. In case you aren’t familiar with this particular element of our universe, let’s catch you up.

Following the close of the Covenant War and the aftermath of the Great Schism, the UNSC entered into a classified partnership with the Swords of Sanghelios, a faction of allied Elites loyal to Arbiter Thel ‘Vadam and his cause. The foundation of this partnership was a retrofit orbital facility coined Anvil Station. Alongside the ANVIL Initiative was a complimentary program codenamed Project: CRUCIBLE, which involved the establishment of a joint task force made of both humans and Sangheili across a number of disciplines and specializations, from artisan armorers and technical experts to battle-bred warriors and steel-willed super-soldiers. With the decades long conflict placing both species at precarious moments in their respective civilizations, the hope was that by putting aside differences, cooperation could become the cornerstone of a robust rebuilding effort that aimed to see both humans and Sangheili alike benefit from a long-term partnership.

At Anvil Station, the UNSC would test skunkworks technologies and clandestine prototypes, some destined for full and successful production runs, other merely serving as a stop-gap in the development pipeline of Mjolnir components, weapon advancements, and more. Warriors from both sides were eager to face off in field test simulations, hoping to not only advance their respective technologies, but hone their personal proficiency in battle.

Many of these elements you might recognize from their “production run” state in later games, variants like DEADEYE, PIONEER, WARRIOR, and SOLDIER. And just like real life, sometimes a concept makes it to production with very few adjustments—and sometimes there are changes more robust than others.

Let’s take a closer look at the armors you’ll be able to earn in Season 5, and how their lore is laid out. 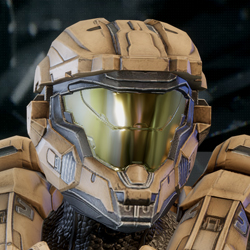 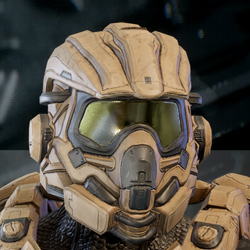 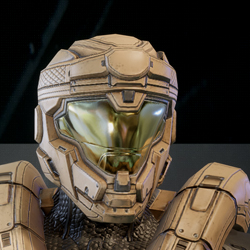 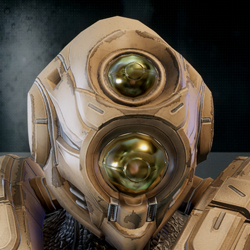 Acheron Security hopes that ANVIL testing will prove out improvements made after the suit's use on Installation 03. 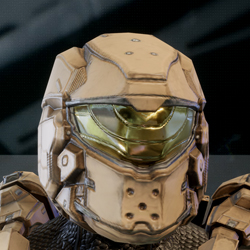 Even mainline armor kits can benefit from evaluation in ANVIL training courses. 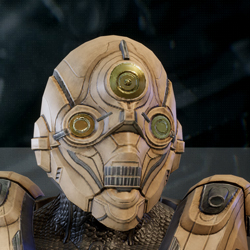 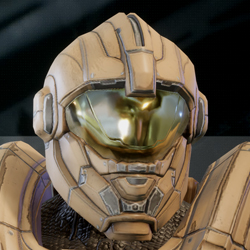 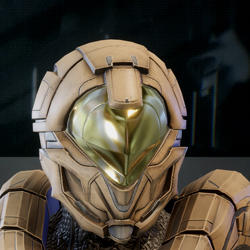 Specific technologies being worked on for Mark VII have found their way into ANVIL prototypes for focused evaluation. 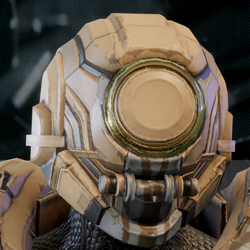 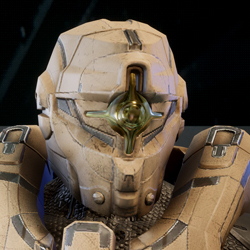 Cross-training with Sangheili rangers on ANVIL Station will improve the suit's stealth capabilities. 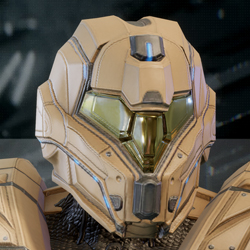 Even the Sangheili aboard ANVIL Station are impressed with the resilience of this human harness. 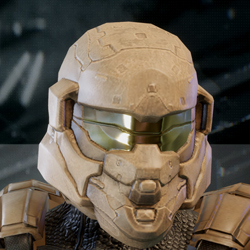 ANVIL Station testing has proven this is one of the Mjolnir platform's most versatile variants.

Of course, Halo 3 isn’t the only closet in the collection receiving a few new additions to the wardrobe. In Issue 109 we dove into the lore surrounding one of the new helmets being added to Halo: Reach’s customization suite. Today, we’re going to tackle the other. Joining AKIS is the new MARINER helm, which also includes a few curious variants all its own. 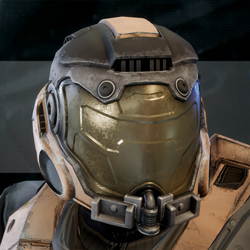 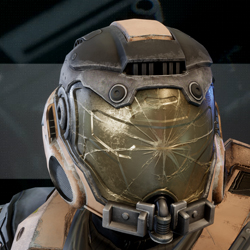 Even in the violent and chaotic rigors of space warfare, MARINER remains unbowed. 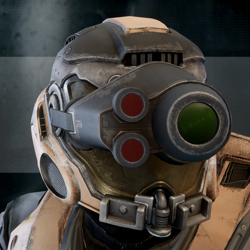 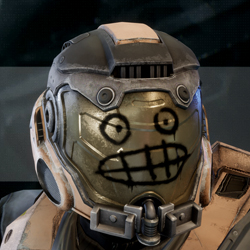 The absolute zenith of human endeavor and a perfect encapsulation of human talent.

Okay, that last one might not be hard canon. Or actually, maybe it’s the “Kilroy” of the 26th century. Hmm…. Anyway, I digest. Depress. Digress. Whatever.

Oh! and let's not forget that new chest piece: 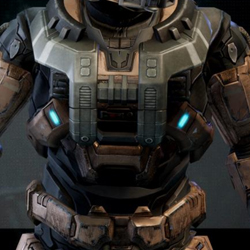 And speaking of new armor before we go, in case for some reason you missed it, last month we dropped a pretty substantial bit of new info on Halo Infinite, all wrapped up in a pretty little bow in the December 2020 edition of the “Inside Infinite” development update. More than a few folks have already begun discussing thoughts and speculation about fiction-focused details surrounding the new armor elements shown off in the aforementioned feature.

Maybe we should talk about those sometime soon.

And with that, we bid you a fond farewell as far as this edition goes. But as we’ve said before, we’re going to have a lot more to discuss later this year, so don’t go getting too cozy.

Until next time… Live well, play Halo, and give more compliments to people. Also, GO BUCS!