Hello, lore-mongers. Welcome back to another trip inside your favorite foundry of narrative news nuggets. As many of you are already well aware, yesterday we fired the first salvo of delicious details on Monitor’s Bounty, the brand-new content release for Halo 5: Guardians heading your way tomorrow, Dec. 8.

Monitor’s Bounty includes a wealth of lovely little lore links into the greater Halo universe, and across a nice range of subject matter; from new armor and weapons, to specialized vehicle variants and advanced opponents, there’s just about something for everyone in here. So without further ado, let’s check out some of the deeper details on the new goodies! Armor: Latest in a series of cutting-edge Mjolnir suits created for Spartan aerospace pilots, ICARUS cuirass' are laced with inertial compensation webbing so operators can survive the crushing combat acceleration of modern strikecraft. 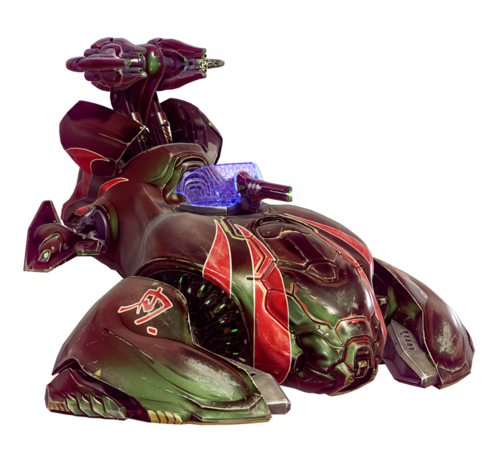 On some units, members of the Swords of Sanghelios have incorporated a verdant iridescent sheen into the coloration; a poignant homage commissioned by the Arbiter to honor the Sangheili separatists that fought alongside human forces at the close of the Covenant War. 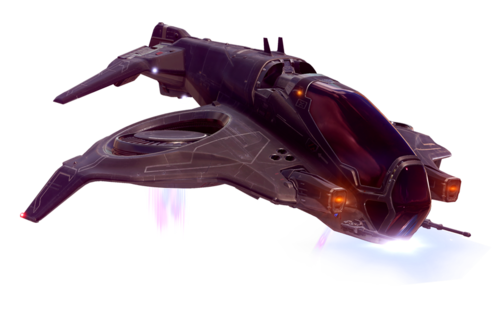 The size and mobility of the AV-49 Wasp makes it a favorite of ONI Security teams in high-threat environments. ONI Wasps are outfitted with heavy armor and upgraded weapons, such as the all-environment homing missiles and HEDP machine gun rounds.

As the dark livery of these particular AV-49 Attack VTOLs imply, ONI Wasps are very often employed during stealth surveillance operations and night-strike sorties. The hushed and rumor-laden nature of this reality has earned both the craft themselves and their respective pilots the nickname “duskdevils.” 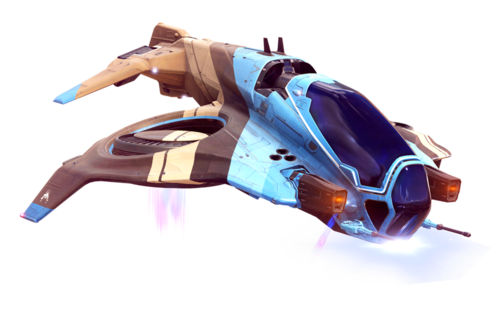 The M319 is a single shot, break-action grenade launcher that can fire a variety of 40mm rounds. Hold trigger for alternate fuse: release trigger to manually detonate with EMP effect, making it extremely effective against enemy vehicles. Additionally, grenades can be bounced to reach around cover.

Professional problem-solvers demand proximity fusing and dynamic ballistics. The lovingly-dubbed “Pro Pipe” is an improved Grenade Launcher with rounds that adjust trajectory after ricochets in order to maximize lethality. EMP alt-fire mode is retained within this variant.

The sterilization beams of Safeguard Sentinels are highly efficient at containing and cauterizing intrusions into their assigned protectorate. Beam projectors stolen from these Forerunner constructs are still extremely effective, but do suffer from overheating and a limited internal power supply. For years ONI’s Xeno-Materials Exploitation Group has labored to unlock the secrets of the Forerunners’ dynamic threat acquisition and engagement systems. Their efforts led to translation protocols that allowed Forerunner weapons to be used with UNSC smart-links and HUDs, with limited functionality. However, only recently has collaboration with Swords of Sanghelios artisan-armorers - and deeper insight into Covenant dummy plugs - allowed for partial replication of cryptic Forerunner sub-mechanisms and interface signals.

An advanced tactical configuration used by the UEG’s elite bodyguard corps, the MORPH SIGHT has also been recently developed in test configuration and issued to Spartans assigned to Infinity’s science field teams. The Morph Sight has demonstrated enhanced acquisition speed against targets exhibiting Flood signatures, though work continues on analyzing ‘resonance’ exhibited by the Morph Sight when integrated with certain weapons.

As we mentioned in last week’s Community Update, a very special Premium REQ pack will be launching alongside the Monitor’s Bounty content release. For $9.99 USD, the Voices of War pack will allow you to change your Halo 5 Arena and Warzone announcers to any one of three different voices – 031 Exuberant Witness, monitor of the Genesis installation, a plucky new Unggoy dubbed Yabda the Merciless, and Mr. Bam Said the Lady, Spartan Edward Buck. As is customary around these parts, let’s take a quick look at each of the available heralding heroes.

They all made laughs when I runned away from Jul ‘Mdama. They said I’d never be nobody important! But now I get to sit around and watch coward humans all day! SO WHO’S IMPORTANT NOW?!

A The man. The myth. The legend. Voice like a songbird and the commanding presence of an angry god. Also pretty handy at editing War Games settings, if I do say so myself.

As part of the major update to Forge mode, two new canvases will be available for creative cartographers to make their own mark on the Halo universe. In fact, this latest update gives players even greater ability to create their own gorgeous campaign-style scenes and areas to explore, and we look forward to exploring some cool ways to get your creative juices flowing in the future. For now, let's take a closer look at the two newest environments.

All communications in this area are drowned out in an incessant babble of electronic noise and madness. Beneath the surfaces of a thousand seas, life rebuilds, reloads. Can you keep your cool while under extreme pressure? 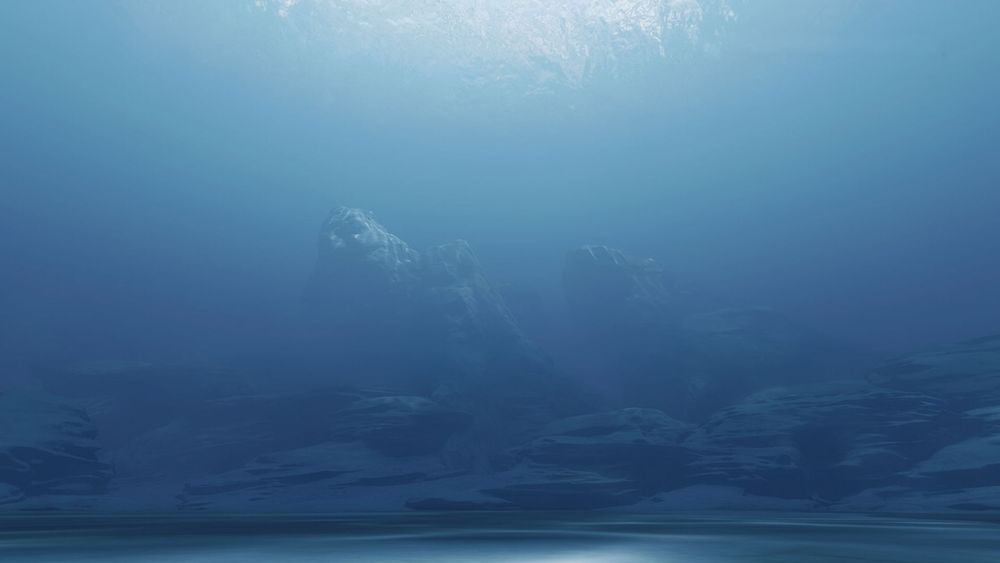 Hello! Here is a report. Everybody knows the Goblin is the best vehicle at being great, ever invented. It’s only got one real big problem, and that is sometimes it doesn’t kill nearly enough humans enough. So me and a bunch of other top Balaho sciencers did all kinds of new planning and methods and made some important ideas. We did a new kind of Goblin named Beam Goblin! It makes the old Goblin look like old stink-garbage that got thrown away for being terrible. It is the new best at killing and I will explain at you how come.

One idea is that there wasn’t enough exploding, so we decided to add more exploding in this one. Like the old poem goes, “Needlers are really great for fighting humans but it’s sometimes good to explode them.” OH! And if you ask what’s the worst thing to get shot by? I know the answer right away A SCARAB BEAM! So we put one on its front! So, in concussion, this is a great new thing to stomp around with and kill humans at. The end! May each step on the Great Journey be bouncy.

We caught up with Lead Character Designer and all-around dev-genius Chris Proctor and his team to learn more about the creation of the Grunt Goblin’s powerful new Beam variant. Here’s what they had to say!

Looking over the feedback on the original shipping version of the Grunt Goblin, with his Needle Arm, backpack needle launcher and plasma grenade, we identified several common themes: With some of these things in mind, we wanted to make a variant that was more satisfying to fight, but also more dangerous and even more over-the-top than the original. We retuned the Needle version a little, but also wanted to design this new variant to achieve those aforementioned goals from the ground up.

As before, the tuning goal was to make a boss for Warzone that rewards teamwork, with attacks that are dangerous but avoidable, both on foot and in vehicles.

Looking back over past Halo weapons, the Covenant weapon that really stood out was the Scarab Beam. And I mean, of course Grunts would want to mount one on a mech. While the Scarab Beam is incredibly dangerous, it also has a long charge time, meaning that a cautious Spartan can spot it and get behind cover before it fires. Our concept artist and modeler looked at the Scarab visuals and figured out how to attach a version of that gun to the Goblin. We recreated the Halo 3 Scarab Beam weapon functionality, tuning, visual effects and audio. We stayed close to the original for the charge and blast, and did a fresh take on the rest of the weapon audio.

What about grenades? Clearly a Wraith has the most dangerous arcing projectiles.

Multi-target attack? For this, we wanted something that players needed to be mindful of, without resulting in as many surprise deaths as the Needle Barrage. We made a plasma ball projectile that still tracks, but is much slower, and much easier to avoid on foot than in vehicles. It can track quite far, but does less damage at distance to balance that out, with a visual tell when it nears maximum range. As before, being the only Spartan fighting a Grunt Goblin means all of these projectiles track you – aka: bring friends.

The first version of the Grunt Goblin that we shipped had destructible armor, but it wasn’t easy to tell when this was destroyed. We’ve now added several damage states, effects and chunks of flying armor to tell you when you’ve done serious damage, and persistent fire and smoke as its health decreases. We’ve also replaced the old death explosion with one we’re much happier with.

The canopy is also now easier to destroy, takes longer to recharge, and is color coded for strength per variant, similar to Jackal Shields – blue for the bottom tier, yellow for the tougher variant (both versions will fade to red as they take damage).

We recorded several new lines for Grunt Goblin attacks, which should amuse and avoid repetition – and there’s also a surprise new behavior for the Beam Goblin, which we hope will delight and/or terrify fans of Grunts.

Overall, we’re super excited for fans to get their chance to meet these new guys on the battlefield, and we hope they have an absolute blast – both figuratively, and literally!

Thanks so much, Chris! As an added bonus, let’s take a look at the variant lineup for the Grunt Goblins that you can encounter in Warzone. Know your enemy! Wait, wrong tagline…

And with that, we close for now – we’ve got lots on the menu for Monitor’s Bounty info today though, and tomorrow, the update itself drops. After that, the mantle of responsibility will be passed to you – make of the experience what you will! Also, we know lore fans in particular are excited to learn more about the new classic helmets that will become available to add to your REQ collection early 2017 – stay tuned, we'll have more on that soon. Okay, for real now...

Until next time… Live well, play Halo, and pro-tip: Peruse the new billboards in Forge. They're fun.

Oh wait! I nearly forgot… I snuck up over to an unguarded desk late last night and caught a glimpse of that secret document you may have seen in our recent Mannequin Challenge video. Thought it was suddenly more relevant now... 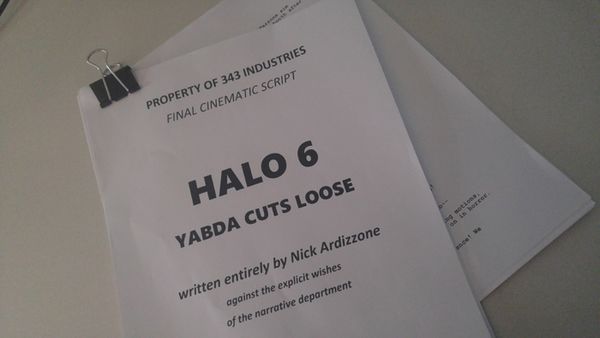