So, it’s been a pretty good month for new Halo news I feel like. Last issue, we covered some of the more lore-related elements of our multiplayer reveal in the Xbox & Bethesda Games Showcase, as well as touching on further similarly-themed goodness (speaking of which, have you signed up for the Halo Insider program yet?). This edition, we’re looking ahead to a brand-new addition to the story, one that will pair with your Halo Infinite campaign experience like an extra helping of your favorite dish. And speaking of dish, let’s do so.

Kicking things off, today we’re excited to announce the next novel in this universe we all love—Halo: The Rubicon Protocol, penned by our stellar stablemate Kelly Gay. In her last novel, Halo: Point of Light, Kelly made a pit stop onto the surface of Zeta Halo while on a galactic gallivanting tour with our favorite Mariner-class spacecraft and its daring denizens. This time, our popular pen pal is heading back to Installation 07, but on a very different mission, and with a very different cast of characters.

As you may have been piecing together throughout previous trailers and information drops, Halo Infinite’s campaign begins roughly six months after UNSC forces were ambushed at Zeta Halo. During that time, the UNSC has been mounting a resistance on a shorn fragment of the ring, desperately trying to hold out long enough for hope to arrive. In Halo: The Rubicon Protocol, you’ll get a unique glimpse of humanity’s struggle to survive amidst a growing Banished occupation that takes place in that period.

To be clear, this adventure stands on its own—but if you find yourself enjoying and eager to learn more about some of the scattered stories you might encounter while playing the game, then Halo: The Rubicon Protocol will be right up your alley when it drops next March.

We’ll certainly have more to share down the road, but in the meantime, enjoy the fantastic cover art above, composed by the talented William “Pixelflare” Cameron.

This week we launched Season 7 of Halo: The Master Chief Collection, which focuses primarily on Sangheili customization items. If you’re interested in learning more about some of the lore behind the armors we added, check out Issue 114. But that’s not all we added!

To celebrate the upcoming Halo Infinite, we’re adding the prototype for the Mk.VII helmet—KEYSTONE—into Halo 4 within the MCC. It’s a pretty awesome opportunity to look ahead to the studio’s latest brand-new adventure by placing a small piece of it in our first one. 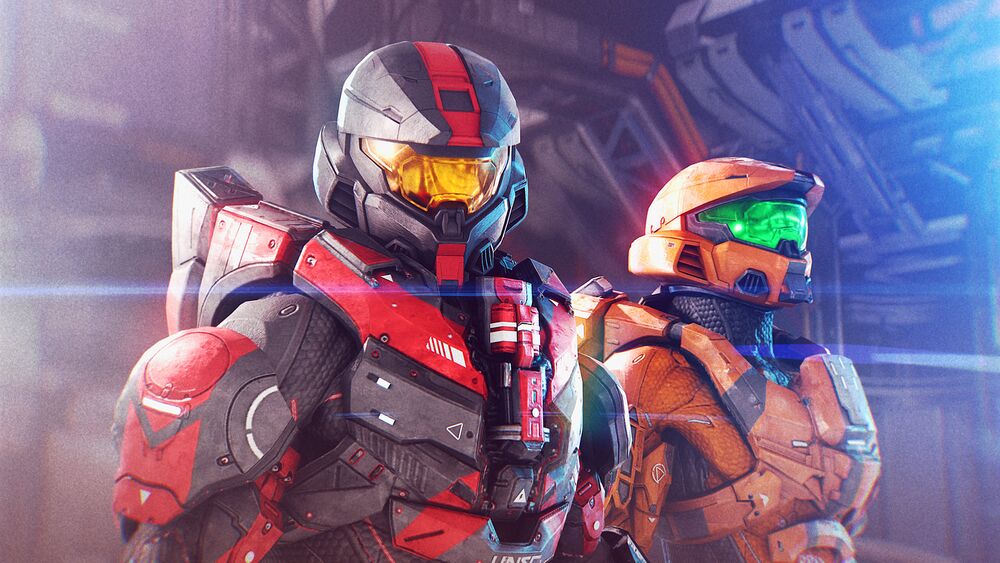 If you want to get your hands on—or, head in, I guess—one for yourself, make sure you pick it up for free at the Exchange in-game!

As we mentioned up top, last issue we touched on a number of different sandbox elements from our universe that fans saw show up in last week’s showcase of Halo Infinite multiplayer goodness. Several fans noted that were some obvious items that we didn’t highlight, including some examples of pieces—helmets in particular—that had actually already been seen as far back as our first Inside Infinite development blog this past December. We figured that seemed like a logical spot to reach a revelatory compromise, so today, we’re bringing back those items and giving you a few additional little lore details to attach to them.

The ANUBIS is unusual in that its structural frame and core electronics are "grown" inside Sangheili assembly forges, though final assembly and integration uses traditional fabrication techniques. 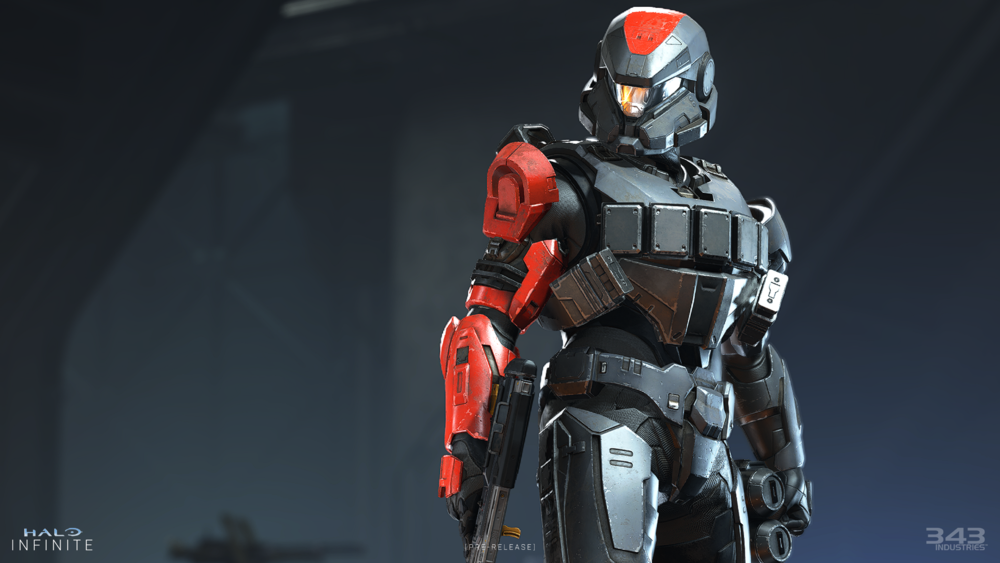 Spartans assigned to ONI's Xeno-Materials Exploitation Group on Installation 07 found that their upgraded MARK V's mix of high-threat response and surveillance interlinks were ideal for the ring's peculiar operating environment. 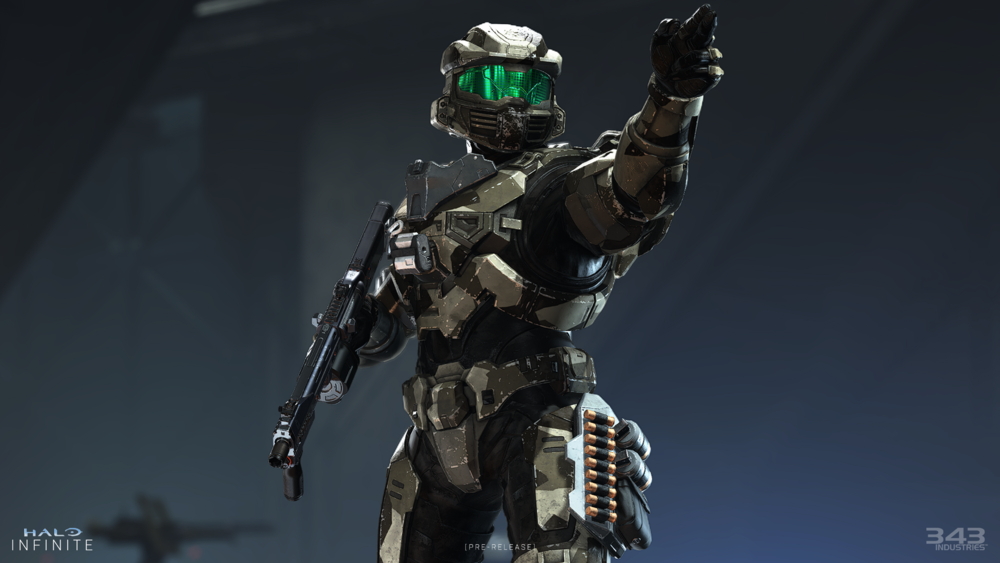 The CAVALLINO expands Emerson’s offerings with MJOLNIR-platform helmets, tailored for the needs of fireteam leaders, trainers, and combat observers. 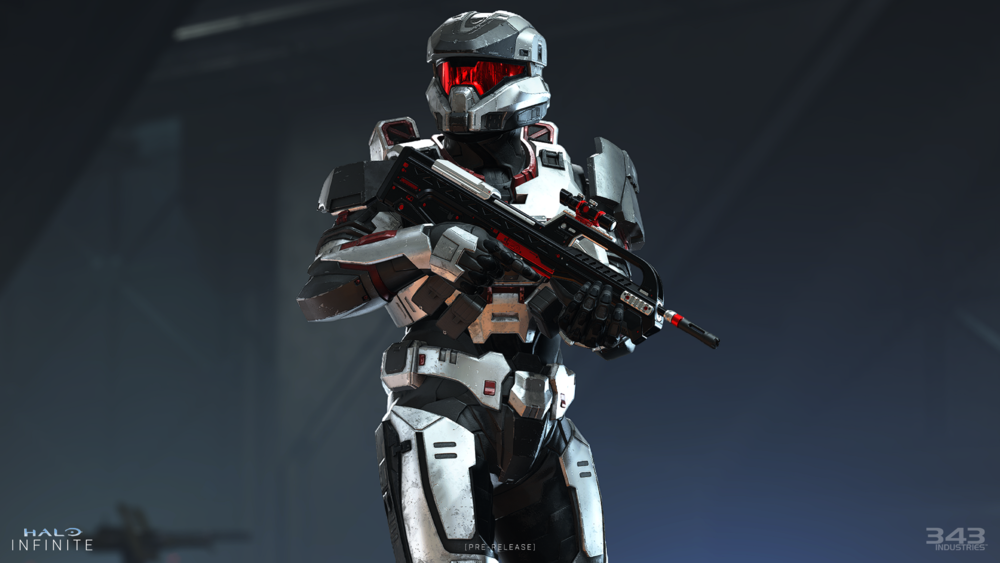 The above options pieces were developed from the ground up as the initial wave of the GEN3 Mjolnir suite. Of course, you’ll also have the opportunity to pursue the GEN1 Mjolnir Mk.V(b) platform as well, with its own array of available modifications. This technology dates back to the Covenant war era but has been fully reconditioned and upgraded with newer and more optimized components, giving life to older tech at an integral time, and offering a new generation of Spartans the opportunity to take to the battlefield outfitted in the same style of armor that some of their own heroes once donned. Let’s take a look at once such example:

GRENADIER helmets are officially categorized as prototypes, as NAVSPECWAR wrestles with the overwhelming cost of its lightweight armored composite shell. 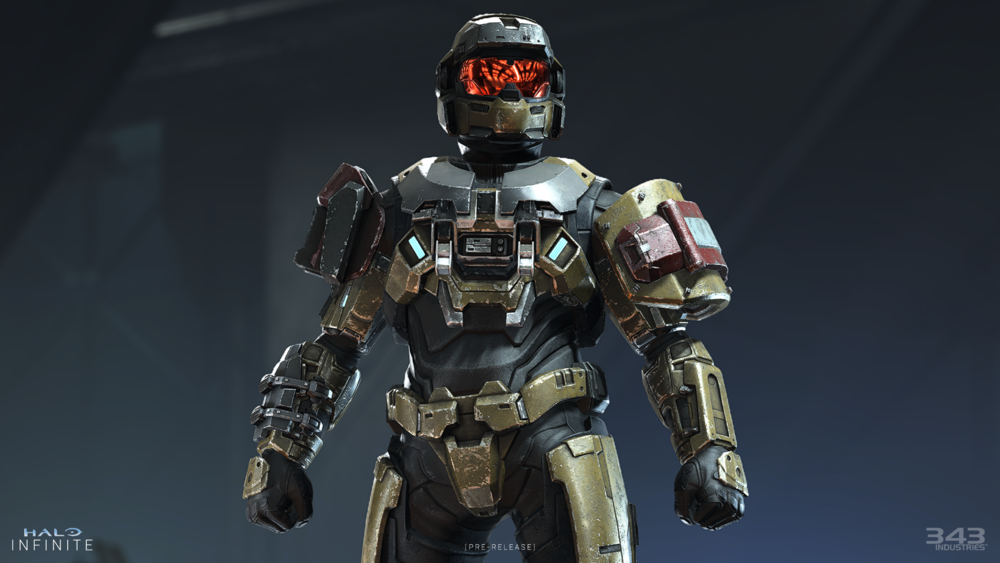 Before we close for today, we thought we’d bookend this issue with some extra bit of novel news. Back in Issue 112 we announced the next novel from the acclaimed penman Troy Denning, Halo: Divine Wind. We gave you the title, the author, and the cover—which you can see here again, by the fantastic Benjamin Carre. Today, we thought you might enjoy a more detailed description of the adventure to whet your whistle.

October 2559. With the galaxy in the suffocating grip of a renegade artificial intelligence, another perilous threat has quietly emerged in the shadows: the Keepers of the One Freedom, a fanatical and merciless Covenant splinter group, has made its way beyond the borders of the galaxy to an ancient Forerunner installation known as the Ark. Led by an infamous Brute named Castor, the Keepers intend to achieve what the Covenant, in all its might, failed to: activate Halo and take the last steps on the path of the Great Journey into transcendence…

But unknown to Castor and his new, unexpected ally on the Ark, there are traitors to the cause in their midst—namely the Ferrets, composed of Office of Naval Intelligence operative Veta Lopis and her young team of Spartan-IIIs, who have been infiltrating the Keepers to lay the groundwork for Castor’s assassination. But with ONI’s field operations now splintered and cut off by the Guardian threat, Veta’s original mission has suddenly and dramatically escalated in scope. There’s simply no choice or fallback plan—either the Ferrets somehow stop the Keepers or the galaxy faces an extinction-level event…. 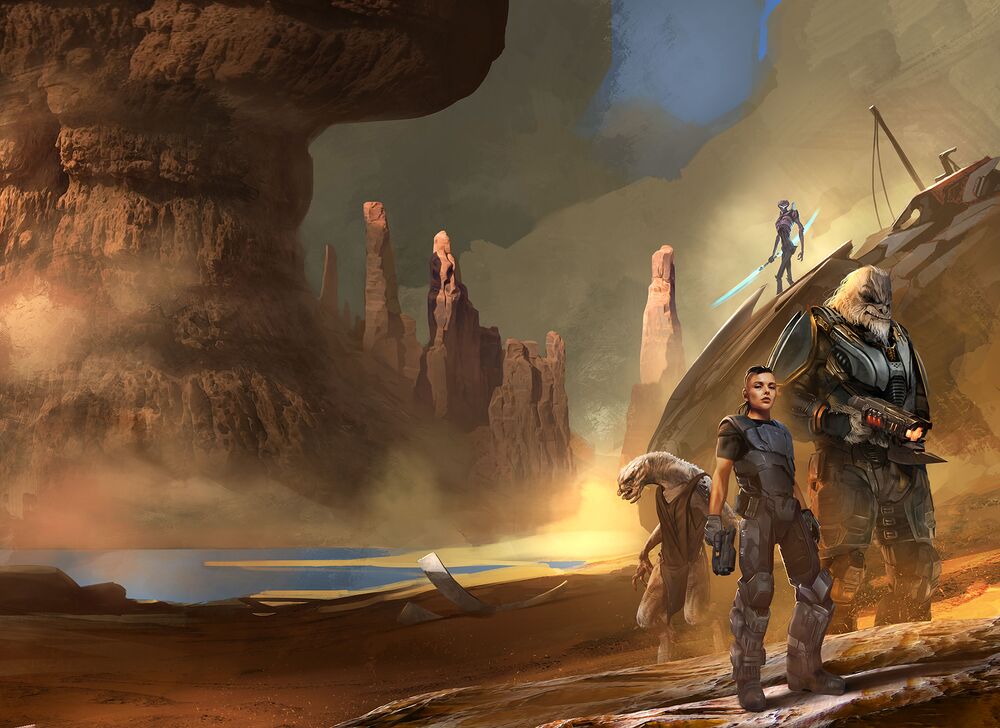 Halo: Divine Wind is slated to hit store shelves, digital displays, and audio instruments on October 19, and you can secure your own copy by heading here!

Before we head out, just in case you missed it, go and check out our latest edition of Inside Infinite, which dropped yesterday. It covers some cool new info about upcoming updates to Halo Waypoint (both in web and app forms!) as well as some new progression details on how you’ll be able to expand your personal arsenal in Halo Infinite—with new items within the Halo universe, as well as some that fall decidedly outside of our canon in some cool and unique ways. But more on that another day... 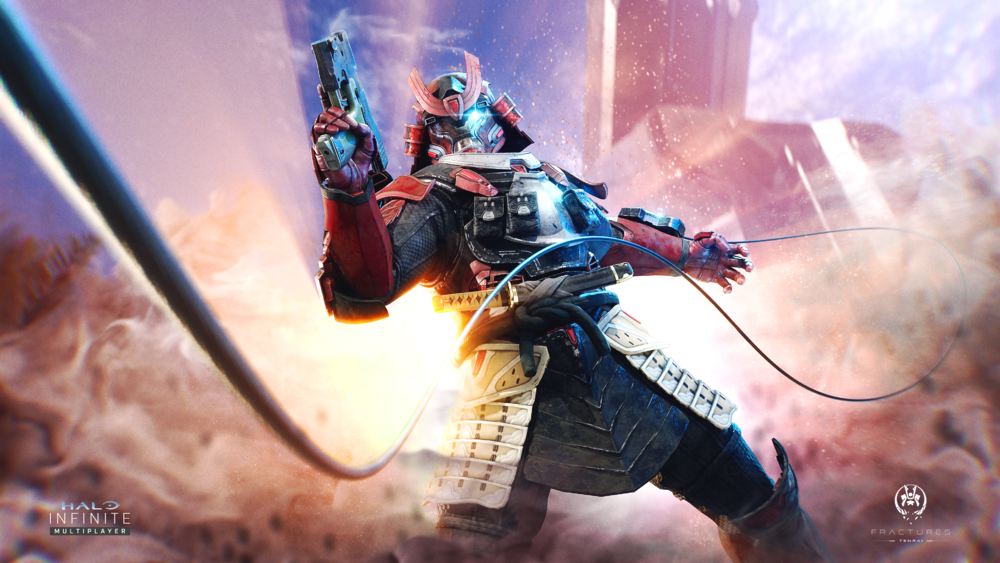 For now, that will do it for us this time around. Don’t wander off too far though… we do have a bit of a special milestone coming up next issue it seems like.