Halo again my friends, and welcome to another installment of your weekly look at the lore you love. Last week, we dropped some book-based bombs on the community, announcing our 2015 Halo print publishing lineup with the fabulous folks at Simon & Schuster. While this edition might seem a bit “salad bar” to last week’s “Brazilian steakhouse,” we hope you’ll find it no less tasty. So join us as we shed a bit of light on recent regalia, clear up a little bit o’ Bias, and give you your first screenshot assignment.

Many fans have asked about the new Spartan and Elite armor permutations included in the Halo 2: Anniversary multiplayer, and wanted to know a bit more about them. Normally I’d have some sort of witty transition right here, but I’ll just let the descriptive text speak for itself. 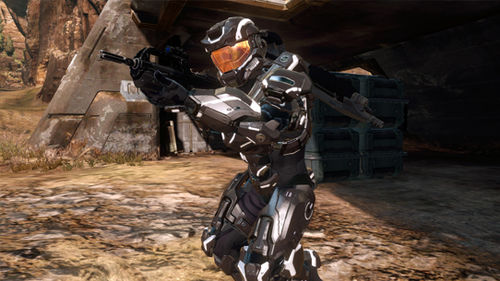 The HOPLITE Mjolnir variant features targeting and datalink advancements to improve the accuracy and lethality of Spartans utilizing long-range heavy munitions such as the M41 SSR MAV/AW. 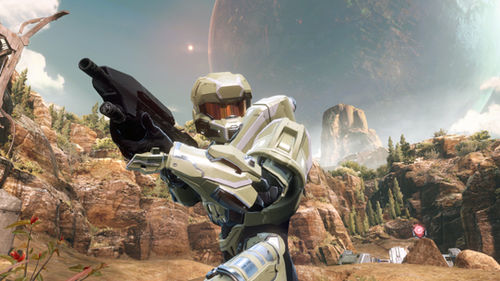 The Mk.VI Mjolnir technology platform was designed with modularity and iterative development in mind. 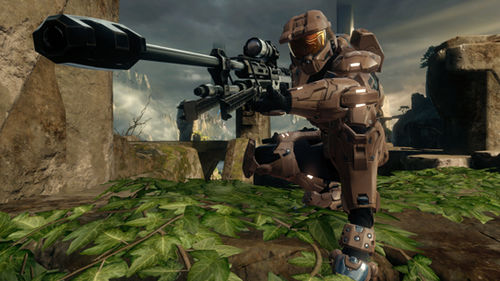 The standard Combat design has established itself as an extremely capable and adaptable pattern that remains popular across all Sangheili factions, even those who have eschewed the ways of the Covenant. 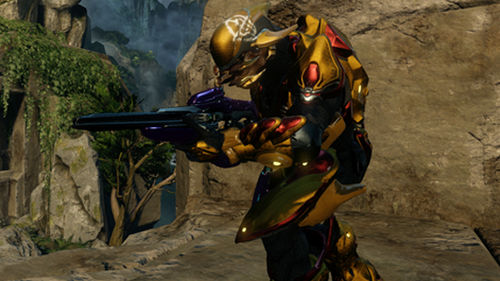 The Outrider combat harness includes a host of sensor enhancements and exotic structural composites which improve survivability and effectiveness during high-threat combat and isolated surveillance excursions on frontier worlds. 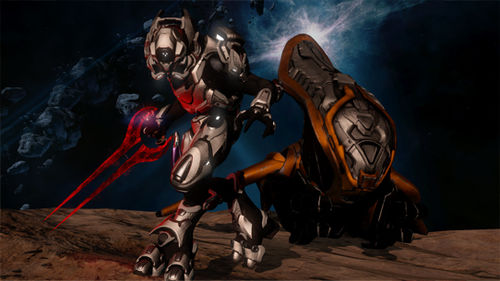 The Invader combat harness finds its origins in the ceremonial armor worn by Sangheili hunting lodges. Recently, Sangheili artisan-armorers on remote colonies have revived the harness with modern advancements to hunt down Jiralhanae raiding packs. 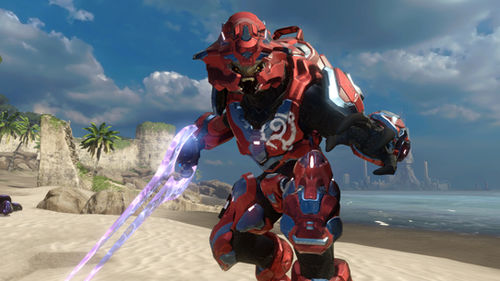 In the Mendicant Bias Universe entry, a few fans asked for some clarification and confirmation that it was a shard of Mendicant Bias that escaped onto the Forerunner keyship, and not the entire AI. We’ve updated the appropriate section of his entry to state the following:

Mendicant Bias was finally defeated during a final battle against the Forerunners’ last remaining fleets, led by another AI known as Offensive Bias. This battle came to an end as the Halo Array was fired, eliminating any previous advantage that Mendicant Bias held. Subsequently, Mendicant was sentenced and locked away on the Ark installation. This would not be permanent however, as sometime after the activation of Halo, a shard of the AI managed to escape into a Forerunner dreadnought, attempting to make amends for the crimes against its makers by aiding humanity. The ancilla’s efforts were cut short when the dreadnought crashed onto Janjur Qom, the nascent homeworld of the San’Shyuum.

Hope that helps clear things up! 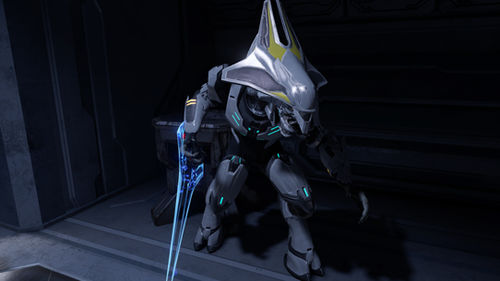 We’ve got our first screenshot project for you all, and our opening salvo is a tall order. Way taller than the average human at least. Our first SNAPSHOTS assignment is the Sangheili. We want shots of Elites in all their various forms and permutations, from Zealots and Rangers to Commanders and Councilors. Get the best shots you can of all the various classes and permutations found throughout Halo: The Master Chief Collection and link us to them here in our Universe forum. You’ll find additional rules and instructions in the linked thread. We look forward to getting hit with your best shots and are excited to have the community be part of building out the Universe!

Next week, we’ll have Part 2 of our little chat with Halo: New Blood author Matt Forbeck, where he’ll provide some of his thoughts on some of the more… interesting moments of the new release. What’s that? You haven’t read Halo: New Blood yet? Why not? Oh, you don’t own it yet. Well we should try and help fix that.

What codes you ask? Oh come on now… you didn’t think we would make it that easy on you did we? If you haven’t already started looking for where a few of the codes are hidden, or you’re more inclined to keep a close eye out on social media for stuff like this, follow me on Twitter for a few more chances to win a copy of Halo: New Blood this week thanks to our friends and partners at Simon & Schuster. Five are hidden, and five more will be given away on Twitter.

That draws us to a close for this edition. Tune in next time for your regular does of Halo fiction yumminess, and good hunting!

Until next week… Live well, play Halo, and never get between a Grunt and its food nipple.

In Amber Clad is a UNSC light frigate helmed by Commander Miranda Keyes during the Covenant’s assault on Earth.

The Revenant a lightly armored infantry support vehicle designed to fill the gap between the Ghost’s maneuverability and the Wraith’s firepower.

The High Council was an assembled body of Covenant leadership directly under the hierarch triumvirate and responsible for the legislative and executive actions of the government.

Tartarus was held in high regard by the Prophet of Truth, allowing him to climb into leadership of the Covenant military.