Greetings fiction-folk. Thanks for stopping by our little story-centric Halo haunt again this week. Last issue, we unleashed some epic new deep lore on the Arena map Tyrant - which launched this week as part of the Ghosts of Meridian content release for Halo 5: Guardians - as well as offering fictional glimpses into a couple of new Gravity Hammers and an epic new Warzone boss. If you missed it then, you can check it out now. Shifting gears a bit this week, we’ve got an eclectic buffet to help you get your narrative nosh on including Meridian mining machines, ship stuff, hidden KI colors, and more. Shall we begin? 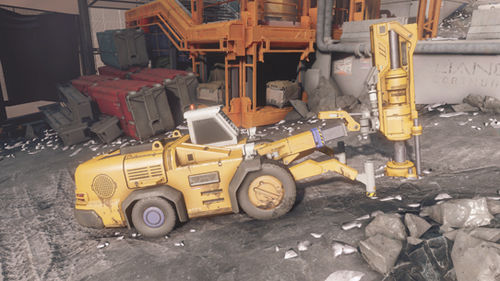 In keeping with the Meridian theme from the past few weeks, we thought it might be fun to take a look at some of the technology that players might have observed scattered across the scorched world as they play through the Halo 5: Guardians campaign as Blue Team or Fireteam Osiris, or in multiplayer on maps such as the newly released Warzone simulation, Skirmish at Darkstar.

In the midst of your furious firefights, many of these are items you’ve probably seen, but perhaps have never stopped to really examine or observe. Nevertheless, if you’ve found yourself curious about the some of the craft and technology seen employed on Meridian’s surface, then by all means read on! And even if you weren't curious, read on anyway and make me feel better. 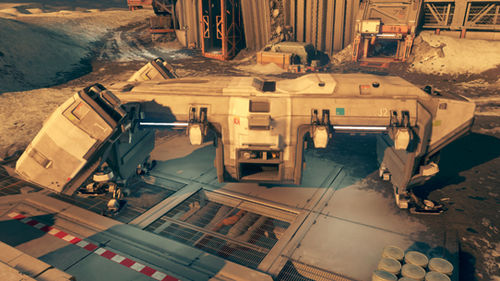 A common utility vehicle found on most human worlds, haulers serve as a key component to planetside conveyance of supplies and materials. Sometimes referred to as a “mule,” their hardy yet nimble design offers expedient transportation of cargo on colonial worlds – particularly ones with treacherous and inhospitable environments – such as the glassed surface of Meridian. This particular craft is the Brahman, designed and manufactured by the Oros Trading Company. 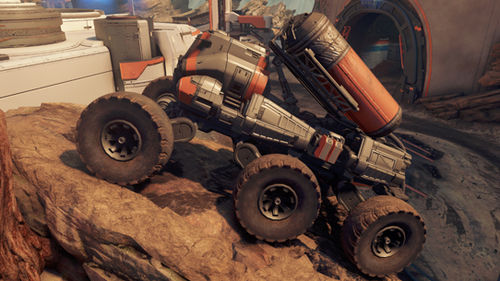 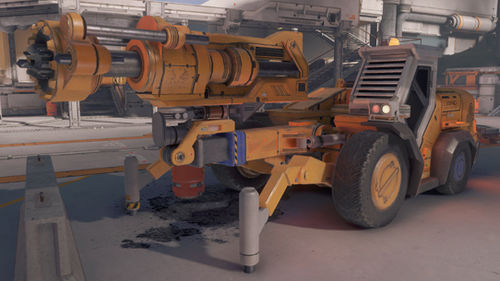 The JOTUN Arilus is a popular utility truck that can be fitted with a large number of specialized tool attachments. Many Arilus trucks used on Meridian are fitted with special-purpose glass-boring drills. 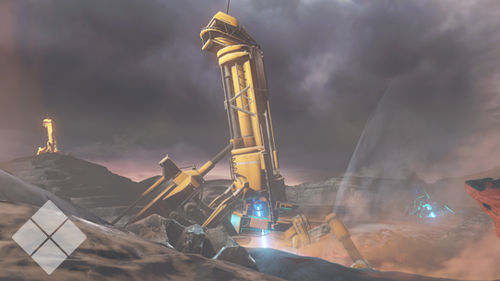 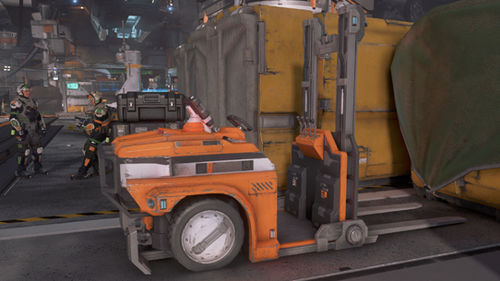 Traxus Heavy Industries found enormous commercial success in the introduction of the lighter “SL” range of their venerable cargo transporter, especially during colonial rebuilding efforts during the years immediately following the human-Covenant war. More nimble and less expensive than the larger S-line, they became a favorite among businesses large and small across dozens of colonial worlds.

As veteran Fodder-folk will remember, last year about this time we gave a quick report on our partners at Spartan Games’ presence at the 2015 Salute show in the UK. Well, next weekend they’ll be back at it again (sans the white vans), and showing off some pretty awesome new stuff that we’ll be talking much more about next issue. As for today, we wanted to highlight some of the upcoming additions for Halo: Fleet Battles that Spartan Games has coming down the pipe. Let’s take a look! 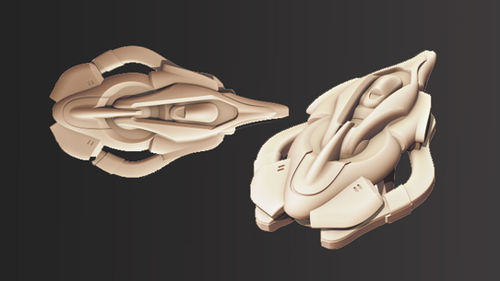 A ship for protectors and shepherds, ADPs were rare and valuable antiquities from the Age of Conversion, a period in which the Covenant had great success in enlightening new species on the truth of the Great Journey. It was an age of war and redemption, with Covenant merchants and pilgrims needing protection against opportunistic pirates and the greed of rapacious Ministers eager to expand their influence and wealth. 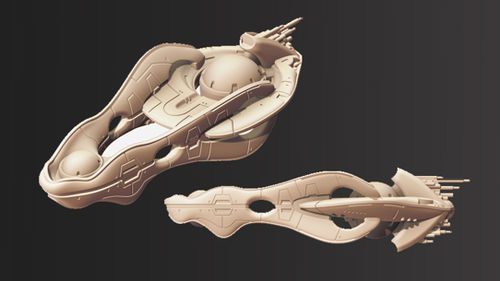 Covenant fleets ranged far and wide in their search for Forerunner relics and new resources to exploit, with some expeditions making journeys that took them far from the light of High Charity. Many of these missions were made on faith alone, following hints and clues recovered in ruined data archives or gleaned from damaged god-machines. The crews of these exploratory vessels required sustenance and diversion, needs met by DSC support ships with their hydroponic pods and hunting grounds. 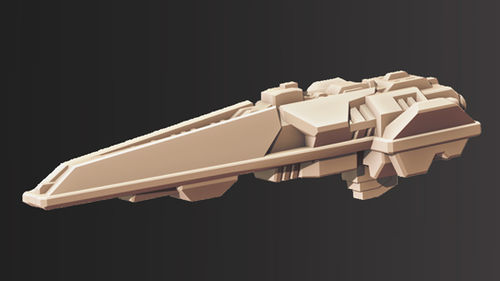 Fast and requiring only a small crew, what the Halberd-class destroyer lacks in general-purpose utility it makes up for in firepower. Its modular design meant it could be easily configured for different missions, but the realities of resource shortfalls during the Covenant War meant most Halberds were configured purely for escort duty, with entire subsystems left out to reduce construction time. 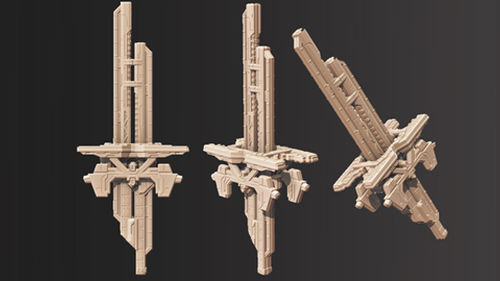 The UNSC employed multiple types of orbital defense platforms, ranging from unmanned weapon satellites to large stations equipped with capital-scale magnetic accelerator cannons. Those employed at Reach were among the most powerful ever built, with rapid-fire MACs powered by ground-based reactors.

As a passionate PvE/Co-op player personally, it probably comes as no surprise that I’m ridiculously stoked to play some Warzone Firefight with the rest of the world. In case you are unaware, in Warzone Firefight, up to eight players will work together to complete five rounds of increasingly difficult, dynamic objectives set against a timer to emerge victorious. And since the mode is a fully realized member of the Warzone family, players will have full access to their arsenal in the Halo 5: Guardians REQ system, letting you leverage those crazy cards in new ways against deadly enemies. Since its initial reveal a short while back, players all across the world have been chomping at the proverbial bit to get a taste of this evolved cooperative experience, and this week we announced that from April 14-18, we’ll be offering all Halo 5: Guardians players a chance to do just that with our special Warzone Firefight Beta. The five-day beta experience will see Spartan fireteams of up to 8 players battle against an onslaught of enemy AI on the Escape from A.R.C. Warzone map, and you can bet that yours truly (and likely some of the other GrimBrothers) will be among those charging into battle (with our own custom colors no less!). Needless to say, I certainly hope to meet up with fellow Fodder fighters in matchmaking next week, so make sure you hop online! In addition, next week on Tuesday, April 12th at 3pm Pacific, we’ll be showcasing the world premiere of live Warzone Firefight in a special episode of the Halo Livestream, and we hope you’ll tune in to check it out. 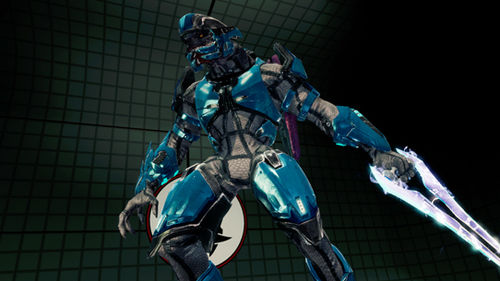 It’s been awesome to see so many Halo fans take to a very different arena recently to defend the honor of our beloved universe against the cast of Killer Instinct on their Xbox One. Regular readers around here are no doubt familiar with the highlights we’ve done showcasing the various armor and color combinations available to unlock for the KI Arbiter character, but many probably haven't noticed that there are a few color options that are a bit more hidden. If you’re like me, and are always looking for cool new ways to see Sangheili in action, you’ll be interested to know how to bring these rarer looks into the limelight.

The key is to have both players select the same character customization options; for example, both players select the full Ranger or Zealot harness. Upon initial inspection, it would appear that a fight like this would make it difficult to tell each player apart – however, when the match begins, you’ll notice that Player 2 will have their armor changed to a P2-exclusive color. For example, the “Supreme Commander”-labeled classic combat harness will make the second player an Elite Minor (blue, pictured here) under these circumstances. Some of the “hidden” colors are pretty awesome, such as the command-rank Storm harness that showcases the brilliant gold of the former Covenant empire, which you can see here. So next time you boot up Killer Instinct on your Xbox One, try out some of these different combinations to see what you get! 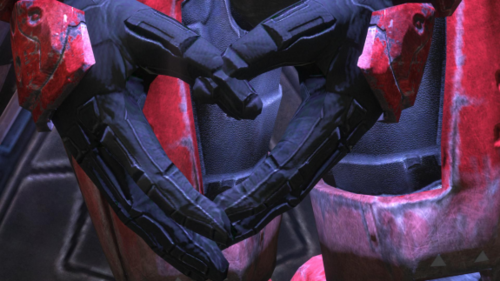 That will do it for us this week. Hope you’ll join us for the aforementioned Halo Livestream next week for some Warzone Firefight gameplay and chat, as well as online in-game when the beta drops on Thursday. Also before we close, on both a personal and professional note, I’d like to wish the infinitely wonderful Jessica Shea (bs angel) all the luck in the world as she wraps up her legendary professional Halo campaign with 343 Industries today. As a community manager, colleague, fireteam member, and friend, Jessica enriched the lives and experiences of both the Halo community and this studio for 6 all-too-short years. If she impacted you remotely the way she did me, make sure you drop her a line on Twitter or the Halo Waypoint forums and wish her the very best of next steps.