Welcome back, canonheads. Last week we were all over the content map talking about new, revamped, and upcoming features in the Universe section of Halo Waypoint and the Halo Channel, as well as Canon Fodder itself. This week will be a bit lighter as we are all at once coming down off the craziness that was the Great Puzzle Hunt of 2015, as well as being ridiculously heads-down working on a host of exciting secret goodies as we hurtle towards E3 this summer. Combined with the release of Halo: Hunters in the Dark by Peter David, June will be an exciting month to be a Halo fan, I can tell you that much.

Also, in case this week's header image piqued your curiosity, we just released an awesome interview with McFarlane Toys to get the first details on the upcoming 10" action figure of Spartan Locke. As a longtime McFarlane fan, I'm just as stoked as you guys are to have this guy guarding my collection later this year. And with that, let’s dive in. 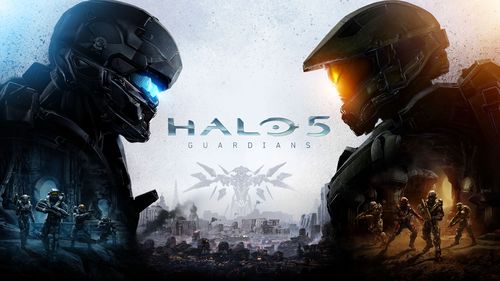 Last weekend (and into Tuesday), the Halo community banded together in an epic effort to seek out scattered and hidden fragments of a very special image. Fans watched, they waited, they searched, they scoured, they discussed, they devised, they collected, and they conquered. When the dust finally settled, the digital fruits of their loving labor was the brand new shiny Halo 5: Guardians key art you see displayed right here in all its galactic confrontational glory. Throughout it all we teased you with clues, and observed as you let nothing stand in your way. In fitting fashion, the Halo community managed to complete the 117-piece puzzle at 1:17pm PT. Guess Chief's luck still holds strong, eh?

While we were proud that the fans were ultimately successful in solving our peculiar puzzle, we were even more proud at the way you all came together. Multiple threads in our forums began to pop up and populate, the posts and pages piling up, full of community members working together and cheering each other on. We hope you all take pride in what happened this week. May it be the beginning of something rather than the end. The puzzle might be complete, but we’re just getting started. While keen-eyed and careful fans have no doubt begun forming an eclectic myriad of theories and opinions regarding any number of elements revealed in the new key art, we’re going to let your minds marinate on the possibilities for a little while longer before placing all our cards on the table. So keep talking, guessing, and discussing… it won’t be long before you’ll have the answers you seek, as well as a host of new questions to take their place. 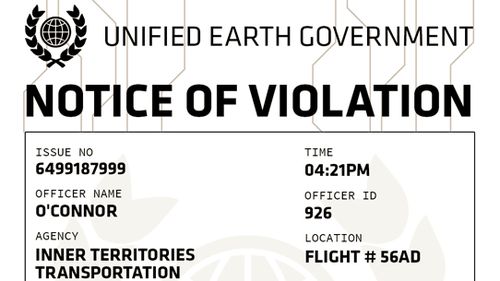 Our old pal Benjamin Giraud has begun going through quite the metamorphosis, has he not? From a lapdog of propaganda production to a bloodhound of connected conspiracies, Ben now understands more than ever that things are never quite what they seem. Last Sunday’s episode was full of surprises, and they came in a few different varieties. Were you as shocked as he was to hear Senior Chief Petty Officer Franklin Mendez stroll through the door and into the interview chair? Or maybe it was hearing a familiar voice in an unfamiliar setting during the long flight home? Needless to say, the rose-colored glasses have been sufficiently shattered, and the game has just changed for our journalist. Where will he go next? Who can he turn to? Get ready for scattered answers and searing new questions in this weekend’s upcoming episode and beyond. Don’t forget to follow Ben’s exploits on tumblr, the Halo Channel, and iTunes. Good Hunting, Halo fans… 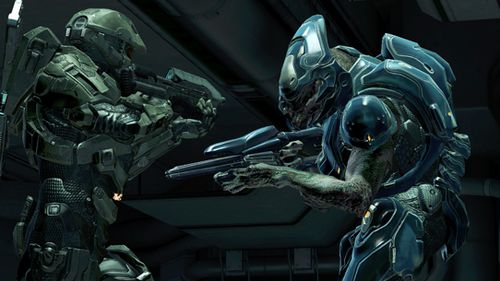 A: Jul considers himself the true inheritor of the Covenant, and – for reasons both practical and psychological – his faction has continued under that banner: the Covenant. It is also true that after the war and the breaking of the original Covenant, other Sangheili attempted to create sects resembling the older alliance.

It’s important to note that terms like “Covenant Remnant” and “Covenant Storm” are not proper names used to describe any current Covenant faction. And for clarification, the term “Storm” when used in the context of Jul’s Covenant, refers to a specific role and the equipment used for it. Covenant soldiers outfitted with Storm armor, weapons, etc are used primarily in shock/assault roles; the employment of such forces have varied by fleet and objective.

This week in Halo history[modifier]

To find out what was going on in the Halo universe at the beginning of May in 2531, let’s revisit a fan-favorite Halo novel that opened our imaginations to a different breed of Spartan, and showed us that not all alien worlds are quite what they seem.

John, SPARTAN-117, despite being encased in a half ton of angular MJOLNIR armor, moved like a shadow through the twilight forest underbrush. The guard on the perimeter of Base New Hope drew on a cigarette, took a ﬁnal puff, and tossed the butt. John lunged, a whisper rustle, and he wrapped his arm around the man’s neck, wrenching it up with a pop. The guard’s cigarette hit the ground. Nearby crickets resumed their night song.

John pinged his status to the rest of Blue Team. Four green LED lights winked on his display, indicating the rest of the extended perimeter guards had been neutralized. The next objective was a delivery gate, the weakest part of the rebel base’s defense system. The guardhouse had two men outside, two on the rooftop, and several inside. Past this, however, the base had impressive security even by Spartan standards: motion and seismic sensors, a triple layering of guards, trained dogs, and overhead MAKO-class drones. John blinked his status light green: the signal to proceed with the next phase…

That will do it for us this week. Like we said, short and sweet. Here’s hoping you’ll join us next time to learn more to the story.

Until next week… Live well, play Halo, and never let a Huragok near a campfire.

Erebus VII is a prospective colony world covered in dense forestation and home to an abandoned UNSC research facility.