Chronique:Canon Fodder - Needle Me This 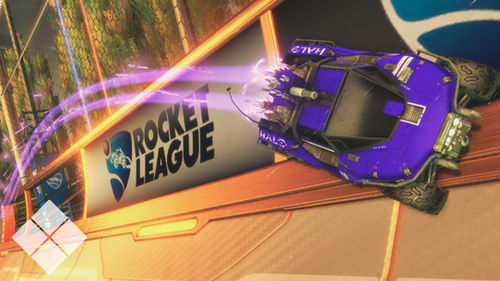 How goes, my legion of lore? Thanks as always for joining us for our weekly fiction feature! Last issue, we took a closer look at some of the details that went into creating Cortana’s enhanced aesthetics, as well as teasing a cool new cross-over between the Halo and Killer Instinct franchises. I know a lot of you are excited to hear more about a certain killer kaidon, and trust me, we can't wait to share!

This week we’ll be changing gears so to speak, and taking a fun look at another awesome new Halo partnership that’s about to launch next week. If you've ever wanted to pit a crazypants Warthog against other wild rides in a vehicular rocket-soccer arena setting - and it seems that many of you already are - then strap in and get excited. Let’s hit the paddock and take a look at what’s in store, shall we

A League of its own[modifier] 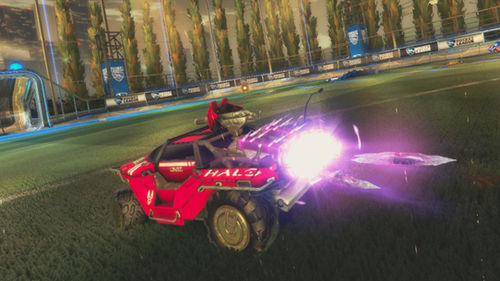 In case you missed it this past Tuesday, the fine folks at Xbox and our friends at Psyonix took it upon themselves to celebrate my birthday (at least that’s what I assume was obviously the reason) by announcing long-awaited details on Rocket League, an awesome and action-packed title that combines multiple things I adore: racing, sports, and now, a literal dash of my favorite fictional universe. Rocket League will be speeding its way onto Xbox One on February 17th, and will feature a particularly… “ambitious” version of everyone’s favorite UNSC splatter-wagon, the Warthog. We could give you the standard fare rundown of course, but around these parts we figured it might be more fun to intercept a piece of 26th century correspondence instead…

The motorsport division of AMG Transport Dynamics has a time-honored tradition for flexing their engineering muscle through competition, whether it be with their 24 Hours of Quezon-winning prototypes or their dynamic and durable RallyHog models. One of their most intriguing projects is a highly modified M12 Warthog called Project: HOGSTICKER, which features a number of exotic composites to reduce weight and the enclosed-cockpit monocoque from the M12 GT for increased structural rigidity.

The most prominent feature on the peculiar new vehicle is certainly the pair of experimental – and visually unmistakable – blamite-afterburners that provide insane levels of increased thrust on demand. Lovingly dubbed the “Needlehog” among crew and engineers around the paddock, Project: HOGSTICKER represents a bold and exciting new chapter in the Warthog’s already storied history!

ADDITIONAL NOTES: Erik, this is cute, but no. Where in Sam Hill would something like this even compete?! I’ve supported plenty of your more… unconventional ideas before, but “blamite afterburners?” That’s over the top even for you. Let’s maybe quit the daydreaming and turn our focus back to [REDACTED], shall we? 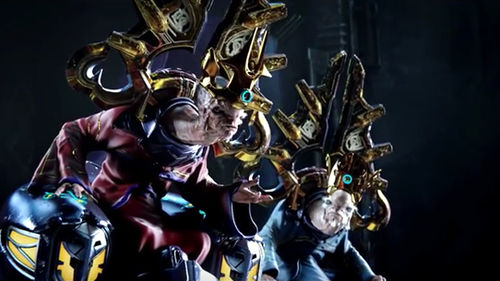 Colonel Cyclone: Aside from Halo: Shadow of Intent, are there any prophets left?

A: Though there are indeed pockets of San’Shyuum left, it’s nearly impossible to make any accurate guess as to their remaining numbers, nor would it be easy to anticipate their evolving intentions.

Revitup 1997: Do any UNSC Naval Vessels other than the Infinity have War Games Simulators?

A: While the War Games simulators contained within the UNSC Infinity contain a variety of features customized to the specific nature of their crew and missions, it is certainly not the only location of such facilities. War Games simulators can be found on other (largely post-war) vessels, as well as orbital installations – such as Anvil Station and the Munera Platforms – and various terrestrial bases. The size and scope of each individual facility varies based on the needs and resources of their associated installation. 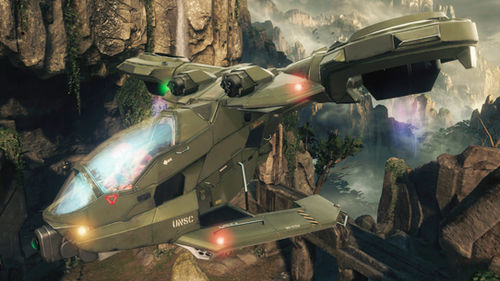 Quite a few fiction-frenzied photogs in the Halo community have asked about the next salvo in the CF SNAPSHOTS feature. Because of this, I’m pleased to announce your next assignment! Now before we begin, we’ve got some behind-the-scenes adjustments to how these shots might feature in the Universe section going forward, however, we didn’t want you to have to wait so long between assignments. So while selected entries might not immediately be integrated into an existing Universe encyclopedia article, we will be featuring the top selections here in Canon Fodder and awarding forum badges to their associated community members. This also gives us the opportunity to have more freedom with the type of assignments we give out in the feature. So without further ado, your new call to action is the UNSC Hornet. That’s right, it’s time to load up the MCC and grab some epic shots of the UNSC’s popular aerial insect within Halo 3 and Halo 2: Anniversary multiplayer. Don’t forget the snow-liveried Hornet on Avalanche! For more info, head over to the submission thread on the Universe forum and get snappin’! 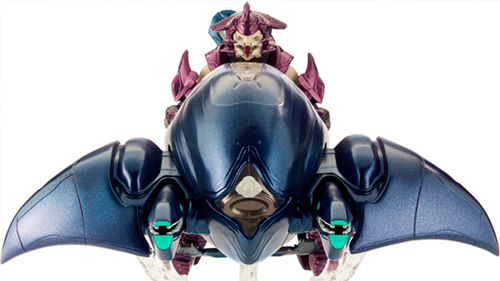 That does it for us this issue, but before we go, don’t forget to check out some of the awesome new toy news that hit this morning detailing our brand new partnership with Mattel! Trust me, we’ve got some cool collectible stuff in store that we’ll be talking more about in the future, and next week I’ll actually have a brief recap of what we’ll be showing off at Toy Fair NY16 this coming weekend, so don’t miss it. With that, I bid you farewell, but we’ll be back as always next week with another look at some sweet, sweet Halo lore.

Until next time… Live well, play Halo, and good luck trying to homologate a Warthog with blamite afterburners.