Hello again, story-seekers! Last week, we trimmed our time together in light of trimming our turkeys. This week however, we’re feasting on more than just leftovers. We’ve got a tantalizing little tease of the nigh-upon-us Halo: Shadow of Intent, a remastered Halo 101 video fresh out of the oven, some kick-started community captures, and new lore bits in the Universe section. Let’s go ahead and dive right in! 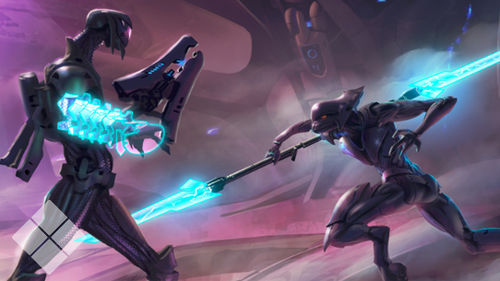 Since we first announced it back in March, Halo: Shadow of Intent has had fans incredibly excited for a variety of reasons, from its sought-after subject matter to its legendary author, Joseph Staten. If you have been following the glorious gruntmaster on Twitter, you’ve already seen a few character-constrained glimpses of the upcoming digital-first novella. After conferring a bit with Mr. Staten however, we thought it might be more fun to provide a slightly wider view for our ravenous readers…

The longer the countdown went, the more the bunker smelled

The Prelate scowled at the two Jiralhanae looming beside him.

One was covered with rust-red hair, and the other with dirty white.

heads to keep from banging them on the bunker’s low, flat ceiling.

like monuments to violence. But all male Jiralhanae were prone

to pungent pheromones that mirrored their emotions, and now,

so close to the activation of the device, these usually fearless

The Prelate, Tem’Bhetek, wanted to shout a reprimand. He

had handpicked the two Jiralhanae for their strength and mental

fortitude. And besides: they were adults, certainly mature enough

to regulate their pheromones. But Tem held his tongue, partly

As much as the Prelate’s nostrils recoiled at his warriors’

sharp, sour scent, it was the noise filling his lobeless ears that

made him truly angry. A noise that rose over the rapid clicking

the surface of the bunker’s obsidian walls. A noise that muted the

rumble of the device in the test chamber many levels above. A

strangled hiss: “Why would they sing at a time like this?”

As you’ve noticed, the aforementioned excerpt notes a so-far-unknown character in the Halo universe, the Prelate – a San’Shyuum unlike any that Halo fans have encountered before. While we don’t want to give away anything more than that, we did feel it would be fun to not just give you a taste in words alone, though they do say a picture is worth a thousand of them… Keen-eyed readers will have already noticed a never-seen-before image gracing the header of this week’s issue, which features two characters from Halo: Shadow of Intent – one that you’ve seen before, when we revealed the cover and description of the story in early September, and the other, well, the other you will get to know even better once the full release drops on December 7th. The image, by the way, comes from an upcoming product you’ve likely seen a tiny slice of already, and one we’re excited to talk more about soon.

Taking place after the events of Halo 3, Halo: Shadow of Intent show readers a new side of the post war landscape, and gives fans a glimpse of the trials and tribulations tangled in the aftermath of fresh wounds and fractured alliances…

After decades of grim combat against the humans and then the traitorous Covenant Prophets, the Sangheili warrior Rtas ‘Vadum—the Half-Jaw—has earned a long rest. But not all of the Prophets perished in their holy city, High Charity, and now one of their fearsome Prelates has sworn his vengeance. This powerful threat has set a cataclysmic plan in motion—a plan to lure the Half-Jaw into a trap that will herald the utter destruction of the entire Sangheili race…

If you haven’t already, make sure you grab your preorder for Halo: Shadow of Intent from our friends and partners at Simon & Schuster, and get excited for Monday’s release!

Speaking of Rtas ‘Vadum, we’ve recently remastered and re-released another video in the Halo Channel’s “Halo 101” series. “The Long Road Home” helps connect the stories of Halo 2 and Halo 3, introducing viewers to the major players on both sides of the conflict that span from Earth to the surface of Delta Halo and back again. Originally released back on OG Halo Waypoint, this new edition of the video features assets from Halo 2: Anniversary and Halo 3 as included in Halo: The Master Chief Collection. Of course fans getting ready to dive into Halo: Shadow of Intent might find the refresher particularly useful, as it serves as a solid reminder of the shipmaster’s place in the Halo fiction, showcasing the Half-Jaw’s heroism in the face of both civil war and a galactic threat he’s known all too well. Check it out!

And if you’re curious about how Rtas earned his maimed-mandible moniker, you’ll want to check out “The Last Voyage of the Infinite Succor” from The Halo Graphic Novel, a glorious anthologic gem that also hails from in between the releases of Halo 2 and Halo 3. 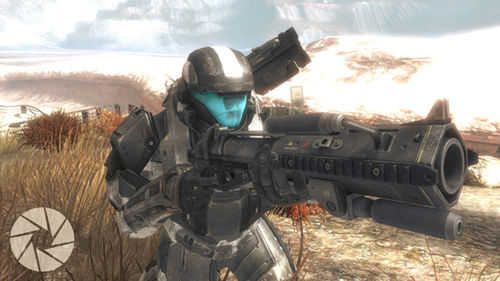 Screencap stalwarts will be happy to know that we’ve begun restoking the file fires and taking stock of some of the awesome community submissions we’ve already received for the CF SNAPSHOTS community feature. You can find more info about the feature in the CF SNAPSHOTS master thread on the Halo Universe forums. This week, we’ve selected our first batch of community captures and added them into the ODST Universe article. Head on over to see who made the first cut! Next week we’ll be taking a gander at some of the fine photos fans have snapped of various Sangheili, so make sure you check back next week to see what we’ve added.

That will do it for us today. Next week you’ll definitely want to check in as we take a closer look at what’s in store for December’s Halo 5: Guardians continued content, and starting off by cheering on Halo’s latest adventure tonight at the Video Game Awards show wouldn’t be a bad idea, just saying. And if you do plan on checking out the Video Game Awards show this evening, consider doing so on your Xbox One via the new Live Event App, which will allow you to play along, climb leaderboards, give you a chance at cool prizes, and more!

Also, as a quick bit of Universe housekeeping, you’ll notice that instead of restating the standard descriptive excerpt when surfacing updated Universe articles, we’re listing what we specifically updated. Hopefully that makes it easier to track down what’s been added or adjusted!

Until next week… Live well, play Halo, and never get in the way of a vengeful Scion.

The Covenant drop pod is the quickest and most efficient troop deployment method, though it comes with extreme risk.

Updated to include new images from Halo 5: Guardians and new variant text.