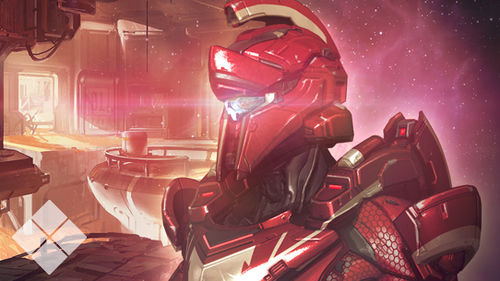 Welcome back fiction faction. Since last we spoke, some pretty cool stuff has been brewing. Some of which we’ll be talking about soon, and others… well, you’ll just have to hold tight a bit longer. For yours truly, the week started out in glorious fashion – watching my favorite collegiate combatants hang a sixteenth badge of honor on their heroic helmets.

Today we’ll be taking a lore-laden look at much more future-forward headgear as we preview some of the fiction behind a couple of the newest Mjolnir variants to hit the Wargames fold via the fast-approaching Infinity’s Armory content update for Halo 5: Guardians.

Back in Issue 54 we gave you a bit of a sneak peek at some upcoming armors for Halo 5: Guardians. One of them, ATLAS, we gave you an early look at via a sweet looking artist render. In that same section, we also teased an armor coded as simply “A102.” That particular set of at-the-time-redacted armor is actually pretty special – specifically the way you’ll have to unlock it. Some of you might remember our Cartographer’s Gift Community Update where we debuted a new Commendations aspect to our increasingly popular Spartan Companies feature. Well trust me when I say that if you want to unlock this slick slice of menacing Mjolnir, you’ll want to find yourself on an active Spartan Company. To learn a little bit more about the unlock process and a further sneak peek at the upcoming content update, hit up Bravo's freshly baked Community Update!

Let’s take a look at the fiction of each of these new armor sets! (click the images to make 'em big-n-pretty) 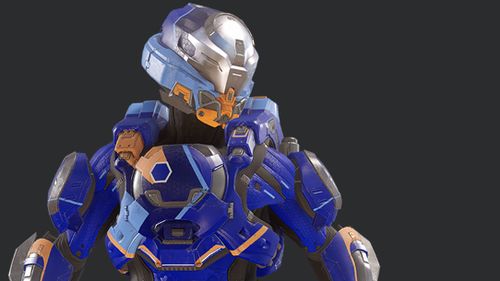 Armor: ATLAS suits are heavy, over-engineered tactical assault armors that excel in high-threat boarding actions and urban assaults. When its modular add-on armor and weapon modules enter production it will serve as the Spartan equivalent of a main battle tank.

Helmet: The ATLAS is built to make war in the harshest environments against the most implacable of humanity's foes. The ATLAS' sensors are iterations on those used in the GEN1 Mark VI, emphasizing absolute reliability and ruggedness over the latest technology. 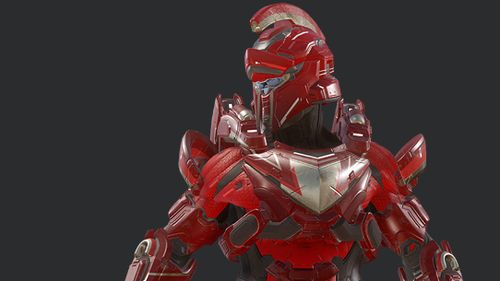 Armor: Only Spartans who have mastered themselves, bound their wrath and passion within a shell of hyperdense steel fueled by starfire, are granted access to the ACHILLES. Lesser warriors will lose themselves in a storm of blood.

Helmet: The AI that lies within the branching lattice of the ACHILLES' neural interface gnaws at the mind of its partner. No Spartan can stand alone against its urgings of unbridled excess, but through bonds of loyalty and duty they can be held at bay.

l ZBradley l: Is there any different variants of the mantis that serve a different role besides just being a total killing machine?

A: Much like the Cyclops, there are variants of the Mantis that have proven useful for a whole host of varied functions. Liang-Dortmund for example, utilizes combat-ready Mantis units for private security, but have also deployed customized non-combat variants on hostile worlds to aid in colony-reclamation efforts, helping aid in a variety of hazardous tasks – including everything from terrain navigation to mining operations.

Well that will do it for us for now. Next issue we’ll take a look at a second salvo of fiction featuring new additions in the January content update, so make sure you check back in to learn more about a couple of exciting new battlefields that will be bolstering the Wargames repertoire.

Until next week… Live well, play Halo, and Roll Tide.

Designed by Forerunner Builders over a hundred thousand years ago, Genesis houses a critical gateway to the enigmatic Domain.

The Wraith is an armored mortar tank, created to besiege enemy positions with unrelenting firepower.