Welcome to another edition of Canon Fodder! Last week, we took a first look at Halo: Last Light. This week we’ve got another first look – this time at the map lore for the upcoming Halo 2: Anniversary map, Remnant, the awesome and gorgeous remake of Relic from Halo 2. Plus, we’ve got another look into #HUNTtheTRUTH, and a bit-o ‘nade parade added to the Universe. Let’s get started! 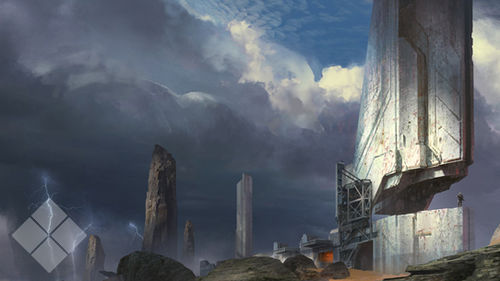 If you were like me, Relic was a map that just “represented” Halo in all its best ways. Not only did the asymmetrical make for some ridiculously epic CTF matches, but the entire environment itself resounded with the echoes of a once-vast and powerful empire, and spoke in hushed whispers of wars waged long ago. The mystery of it all made for a great example of Halo’s pervasive juxtaposition of evolved combat amidst silent serenity. For me, seeing Forerunner structures like these is made all the more intriguing when paired with the events fans have experienced throughout the Forerunner Saga by Greg Bear. So with your creative appetite hopefully sufficiently whetted, let’s take a look at the description for Remnant…

A secluded island, hidden along the coastal regions of Delta Halo, Remnant features a towering and iconic Forerunner megalith, weathered by untold millennia. Resembling other artifacts on Delta Halo, this enigmatic megalith became the site of comprehensive research by Lisbon pioneer groups. Local inscriptions catalogued by the Lisbon pioneer groups indicate that this towering megalith was constructed to pay tribute to Warrior-Servants who perished during the final siege of Forerunner colonies by ancient human invaders. After the Flood had overwhelmed key human strongholds, their incursions into Forerunner territory became violent as they attempted to contain the parasite through preemptive firebreak measures such as planetary immolation. The Forerunners struck back with devastating force, and many lives were lost on both sides.

As a War Games map environment, the site’s asymmetric layout and the artifact’s elevated, yet embedded position make it ideal for offense/defense engagements, including 1-Flag and Assault simulation objectives. Natural rock formations, outlying elements of the artifact, and a localized teleportation device offer an array of combat scenarios and infiltration methods that have been embraced by Spartans since Relic—the original version of this map—was introduced years ago.

One might imagine several of these spires scattered across the surface of Installation 05, such as the ones seen in both Relic and Remnant, perhaps with various styles and construction methods to represent different wars, different sacrifices, different ages. Keen-eyed fans will certainly begin to pick out cool little details scattered across the artificial island once the UNSC designers and engineers have finished up their checklists and flipped the switch for inclusion in the War Games simulations. I imagine we’ll have plenty of regular readers that will be looking to play equal parts Spartan and xenoarcheologist once that happens.

After last week’s events, one might imagine that our pal Ben Giraud wouldn’t be surprised by anything anymore. But that was before Ray resurfaces to bring forth some very interesting news about one of ONI’s “key sources.” Eventually, the breadcrumbs lead Ben back to retired ODST Anthony Petrosky, and a dark truth Ben never wanted to have confirmed.

Personally, as a parent, there have been a couple of specific moments in the Halo story that have been a lot harder to “experience” than others. One that specifically comes to mind is the opening sequence of Halo: Mortal Dictata, in which we experience the kidnapping of Naomi-010 from the perspective of her family. I remember be nigh paralyzed with dread throughout the whole ordeal, Traviss’ words reflecting a parent’s worst nightmare. It put certain things in an entirely new light. In many ways, some of those feelings came flooding back through my headphones as Ben described the undeniably dirty reality of the flash clones produced to replace the young Spartan conscripts. It’s an eye-opening and unsettling angle to be faced with for sure.

The episode closes with a surprise visitor: FERO has arrived, and has some very specific plans for Ben and his evolving story. Trust me, you haven’t seen anything yet. 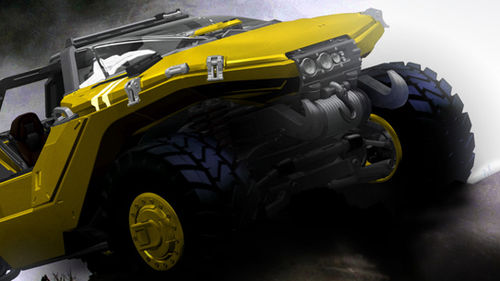 Of cool note, fans have recognized a very special advertisement showcasing the ’56 Hog, harkening all the way back to Halo 2 days, when billboards scattered across the streets of New Mombasa advertised the ever-elusive “civilian Warthog.” Of course, fans’ longtime dreams to commandeer their own golden ‘Hog finally came true in Halo: The Master Chief Collection, where players can Forge the all-terrain beast into their very own Halo 2: Anniversary map variants. One might assume that more than a few players will soon be taking one for a nice spin around an upcoming island.

Finally, if you are interested in joining the HuntTheSignal campaign, the Waypoint forums have some awesome threads to help you get started. Check it out! 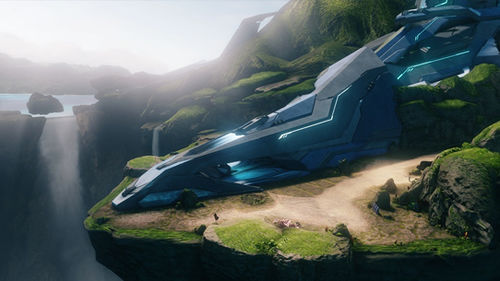 CF SNAPSHOTS are back with a new assignment! Your next task is to take to the many surfaces of Requiem, and capture the beauty of its diverse landscapes and environments. We’ll be adding a media gallery soon to its Universe entry, and we’d love to show off some community-forged perspectives as well. So kick up, Halo 4 on Halo: The Master Chief Collection, and get some boots on the ground. We’d like to have an example of the various distinct areas and environments that you travel to throughout the Halo 4 campaign and War Games maps, as well as Halo 4: Spartan Ops. There are a number of different locations – such as Great Anvils, Quarry, Apex, Galileo Base, etc – and in order to make things easier, try to organize your submissions BY LOCATION. Use this thread here to make your submissions!

We’ve also created a CF SNAPSHOTS Master Thread so that you can keep track of previous assignments if so please.

That will do it for this issue. Tune in next time for ever-further glimpses behind the curtains, and enjoy your weekend!

Until next week… Live well, play Halo, and don’t forget to mix things up a bit.

The Frag Grenade is a high-explosive, dual-purpose explosive device used by UNSC forces.