Wait, weren’t we just here? Fancy that! That tends to happen when you’ve got a whole marvelous mess of Halo happenings all dropping around the same time. Just last week we released Issue 113, which introduced fans to some pretty cool upcoming elements to be encountered in Halo Infinite when it finds its way into your home. And I’m particularly excited about today’s edition of Canon Fodder as it’s covering something near and dear to my Halo heart. Let’s keep the preamble short for this one and get right to it, shall we?

So the Master Chief Collection has certainly been on a bit of a roll lately, in fact, Issue 112 covered a bunch of the awesome additions that came to the game as part of Season 6: Raven. In today’s edition, we’re going to do a similar dance, but this time, we’ll be hopefully quenching the thirst of a particularly passionate corner of the fanbase—those dedicated to the noble warriors of Sanghelios.

Let’s take a little preview of some elements we’re hoping to include in MCC Season 7: Elite.

While Season 7 is still in the proverbial oven, some members of the Halo Insider program might start seeing some alien content showing up in upcoming flighting builds very soon (which you can keep up with via Postums’ handy dandy update threads right here on the Waypoint forums). And as always, it’s important to remember that just because something appears in a flight doesn’t necessarily mean it will ultimately make the cut when it comes to eventually making it into the full game in a future season. That being said, let’s take a look at some of the particularly pertinent items that are currently undergoing evaluation.

As we covered a bit further in Issue 111, Anvil Station is a clandestine site where members of the UNSC and allied Swords of Sanghelios work together to develop new technologies and strategies in a joint effort that seeks to build upon a foundation of cooperation in hopes to move the futures of both species forward in a positive direction. While you’ve already seen some of the developmental fruits of the UNSC’s labor in the added armor sets of previous MCC seasons, it’s finally time to take a look at some of the combat harnesses developed and/or utilized by our zygodactyl-handed friends.

Analogous in many ways to an Honor Guard, the Keepwards are often tasked with maintaining the safety of a region's kaidon. 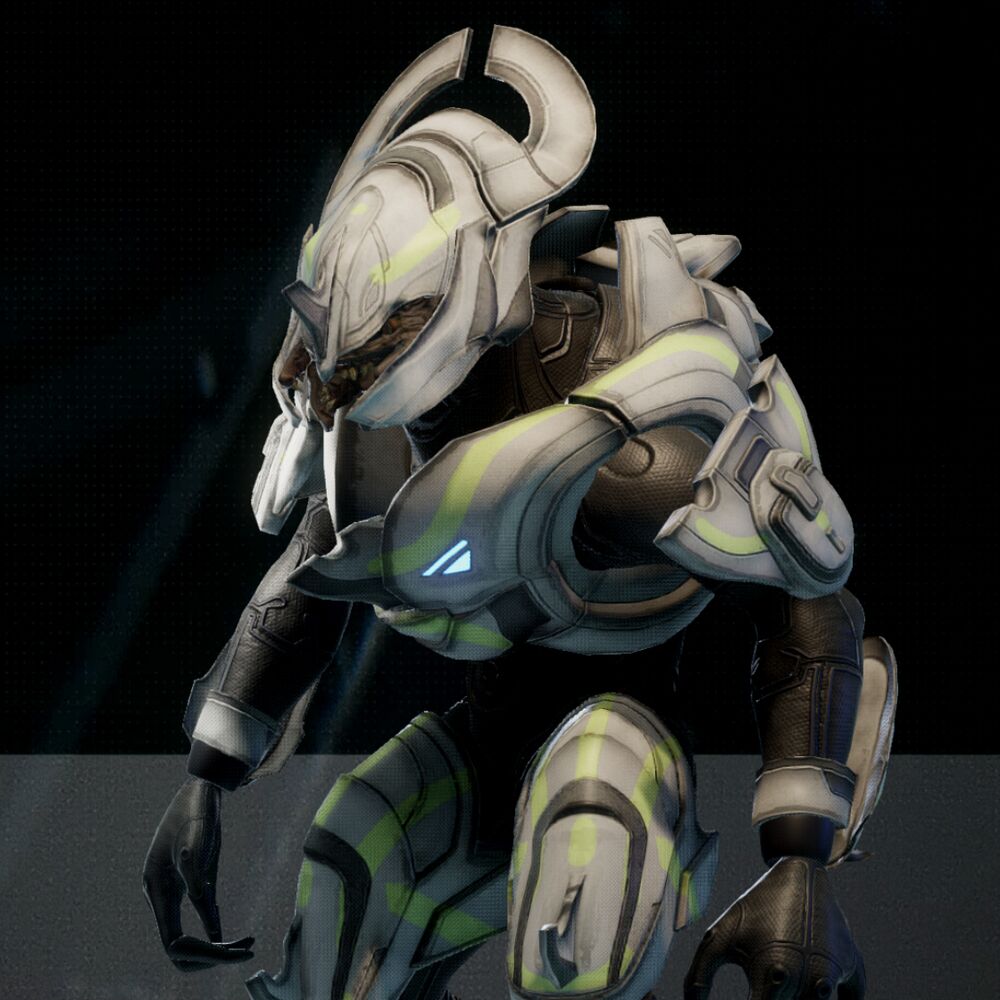 One of the first Sangheili combat harnesses designed primarily by human engineers as part of the Anvil Initiative. 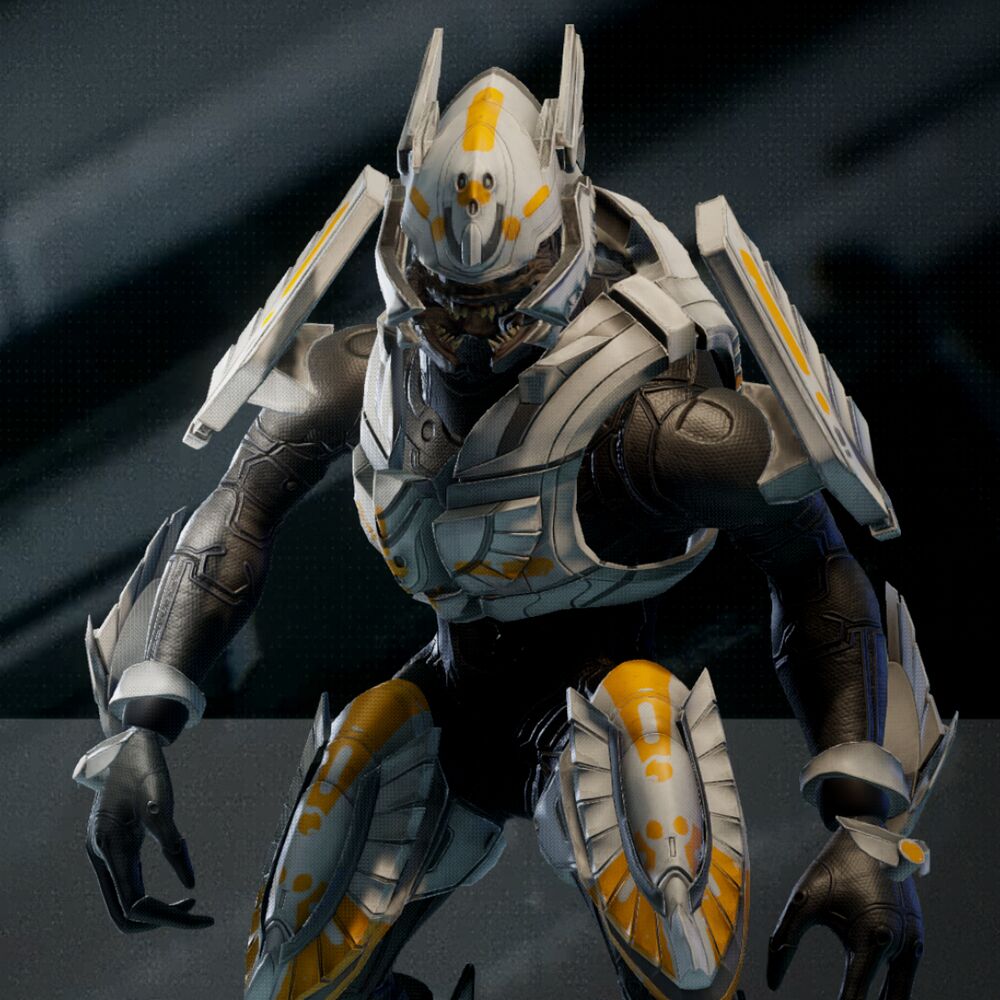 Even after the war, many Sangheili warlords chose to don harnesses of high esteem on the battlefield—some looking to fill a power vacuum left by an empire’s fall, others seeking to reclaim a far older sense of honor. 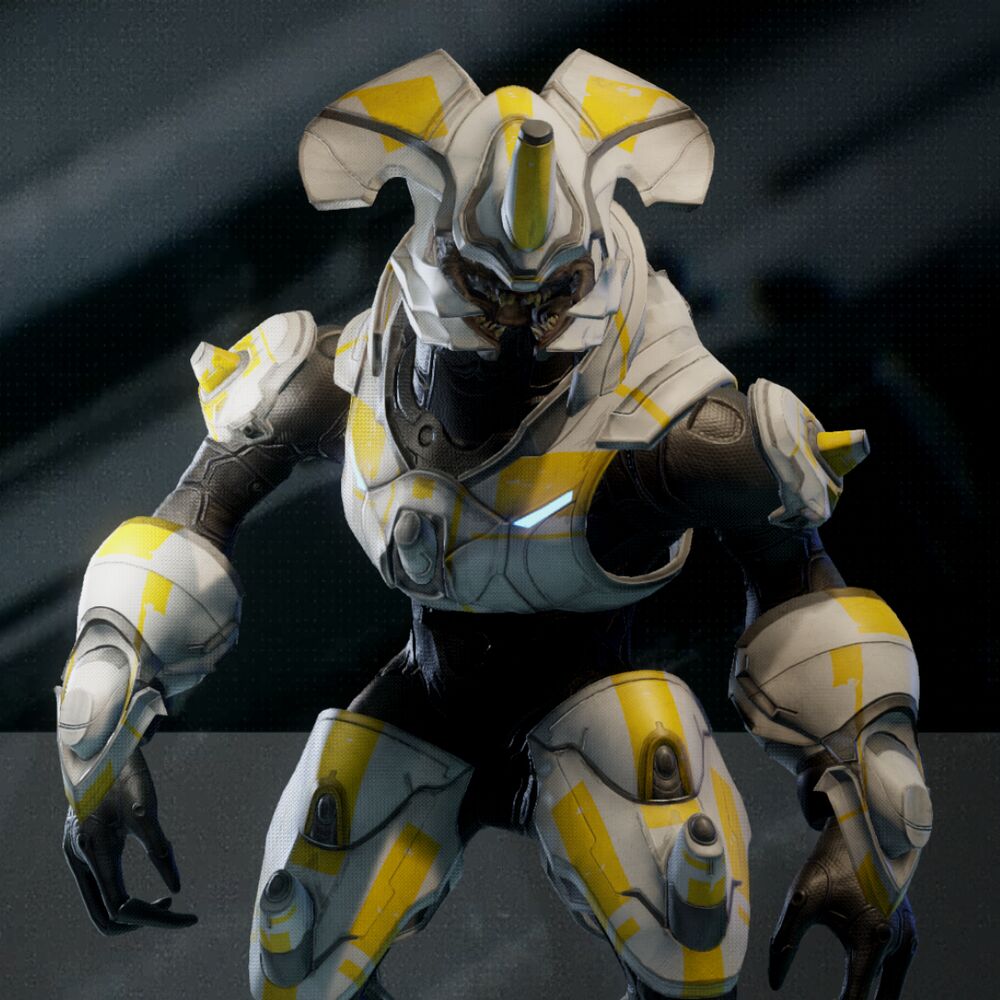 Little is known of the Evocati's seneschal order, but documents uncovered after the Covenant War have begun to shed new light on the true purview of the role. 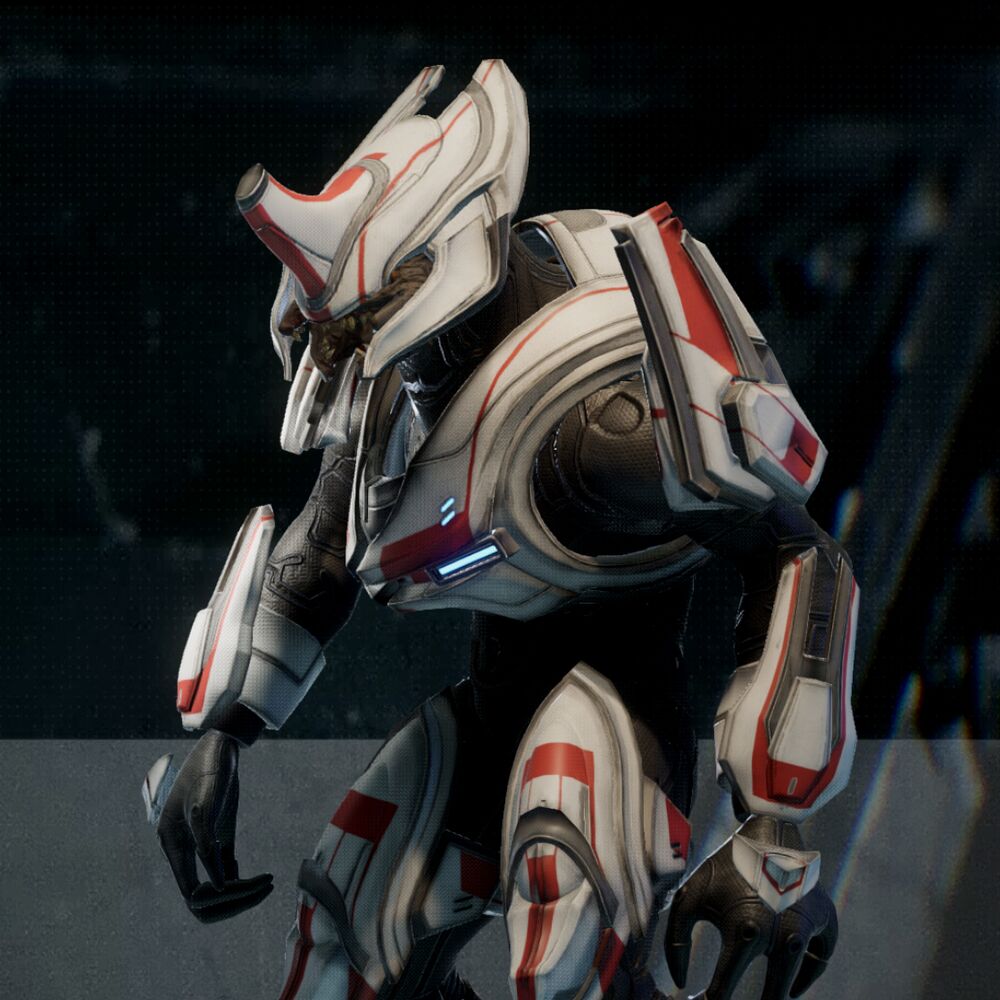 Typically held by Sangheili females, the role of scion is most often granted in the event of a kaidon's death. As Arbiter Thel 'Vadam has grown in influence, the scion has become an increasingly respected and valued position across their people. 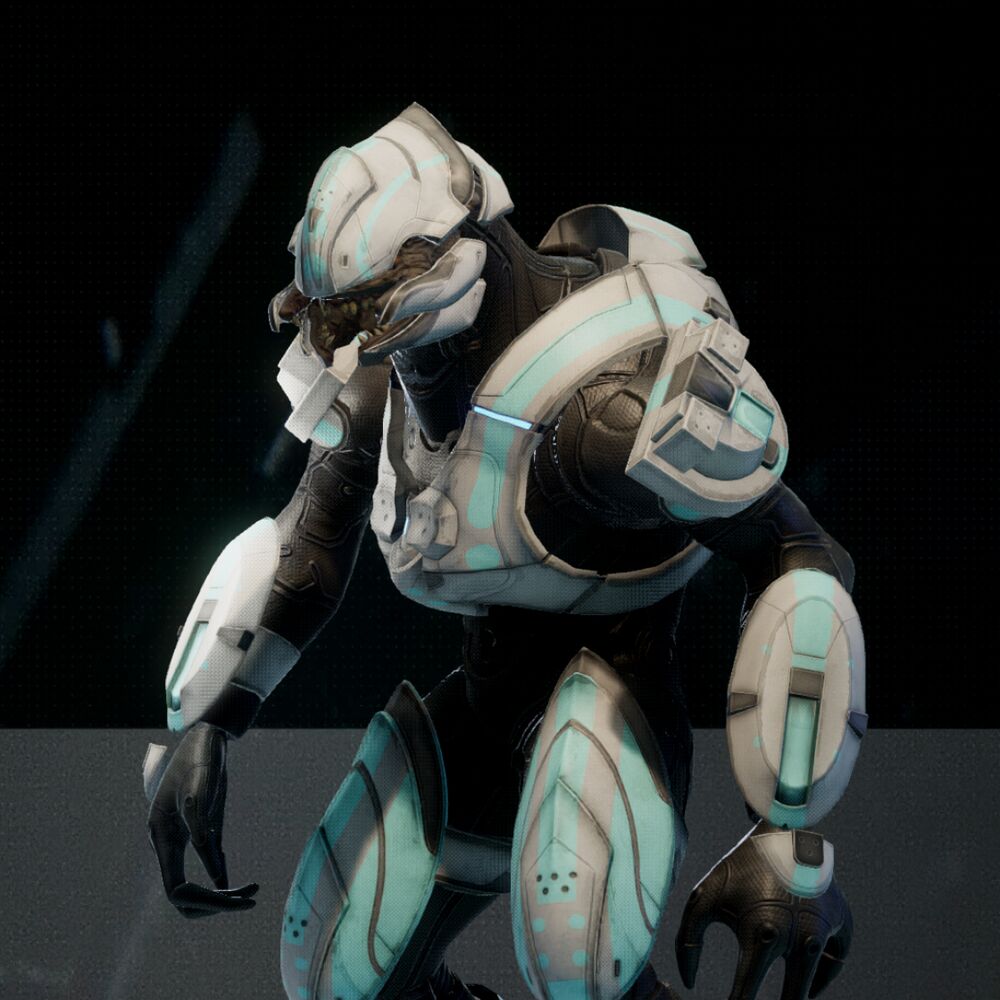 One of the harness patterns favored by the "Eyes of the Prophets," many who once held this title are now considered enemies of the keep for traitorous actions during the Great Schism. 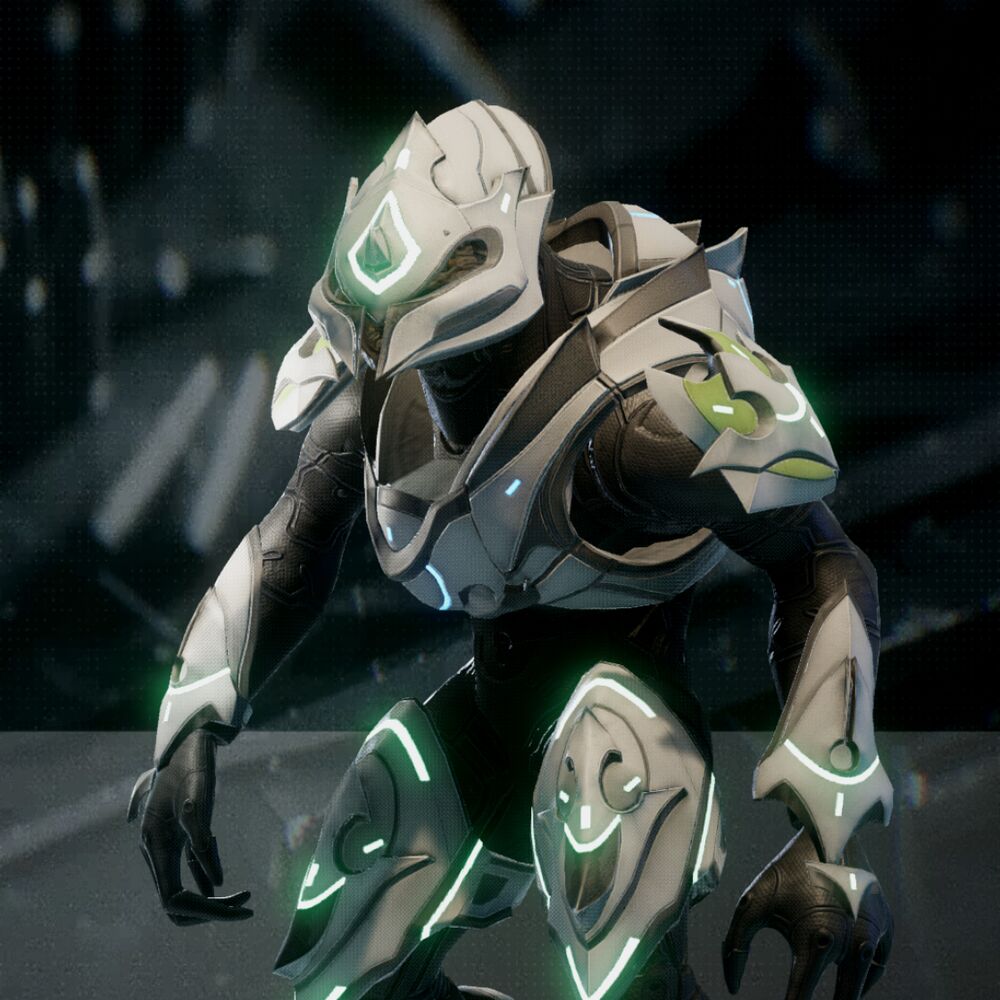 While still adept warriors in their own right, Sangheili artisan armorers are accomplished craftsmen who—free from San'Shyuum oversight and coercion—are entering a renaissance period of warsmithing. 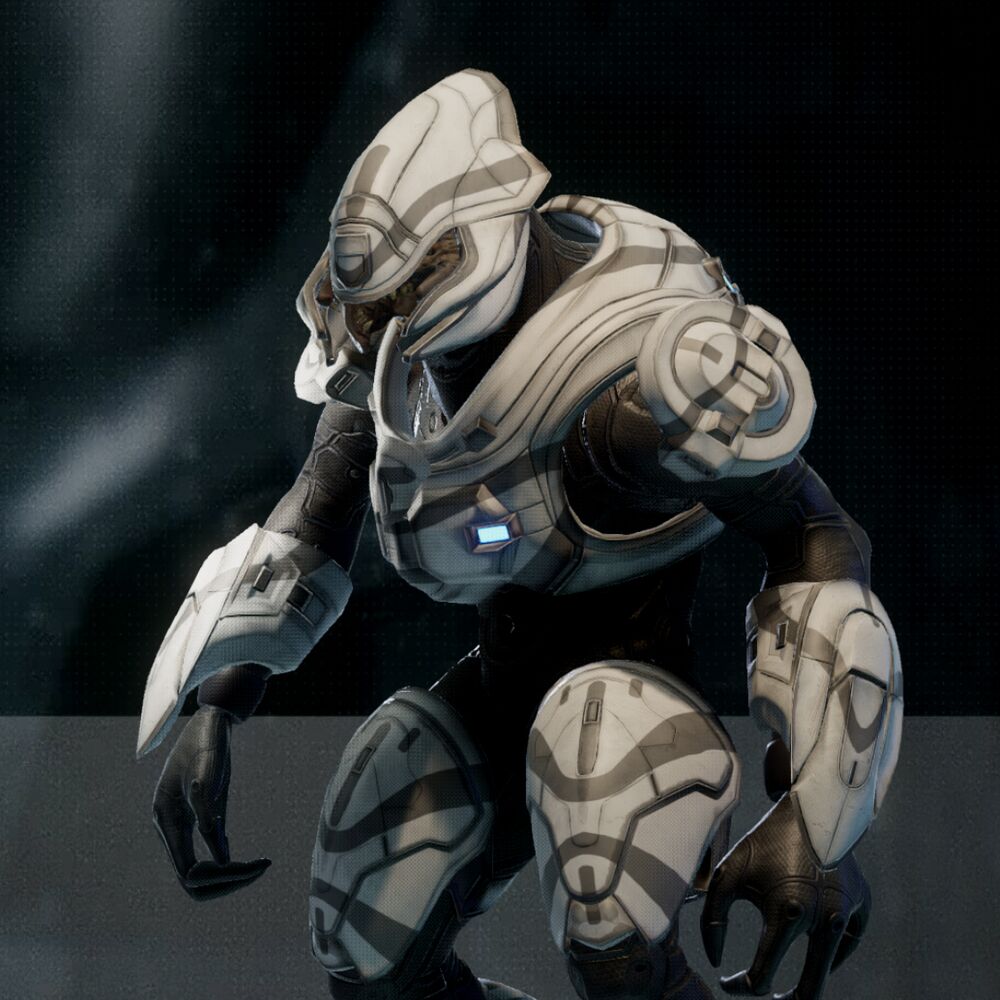 Before we let the folks over in the Covenant Canon community catch their collective breath, let’s move on to one of my personal favorite additions to Halo 3’s alien arsenal: some newly skinned energy swords. Because nothing makes a season truly Elite like a diverse and expanded range of options for the Sangheili’s most beloved tools of the trade.

Only the most adept blademasters were chosen to wield the Ultra's holy fire.

The glow of fury for those who refuse to become pawns of the creeping death.

Joori's warm light helps give Sanghelios life. This blade is for all who defend her.

The Swords of Sanghelios brandish blades bound by honor—to defend a keep not bound by borders.

Will Fied call out your name in the Hall of Eternity when your last breath has been spent?

Only Subanese natives may possess blades infused with a shard of the moon's own bounty.

We look forward to sharing further about MCC’s seventh season in the future, so stay tuned to all your normal Halo haunts to learn more as its ready. 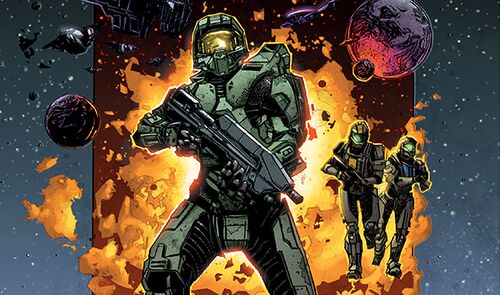 Last issue we mentioned our partners at Dark Horse Comics were re-releasing the Halo Graphic Novel, but that’s not all they’re up to. Also getting another go is Halo: Legacy Collection, a fantastic comic compendium featuring every issue from three different comic mini-series: Halo: Uprising, Halo: Helljumper, and Halo: Bloodline. If you haven’t checked these stories out for yourself, this is the perfect way to jump in. If you are a collector that likes things all in one place, it’s an ideal addition there too! For more details, check out the article direct from the Dark Horse’s mouth.

Short and sweet. Or would that be “short and leet?” Anyway, that’s all that we’ve got for today, but I imagine that we’ll have plenty more to talk about in the coming months. We’ll see you then.