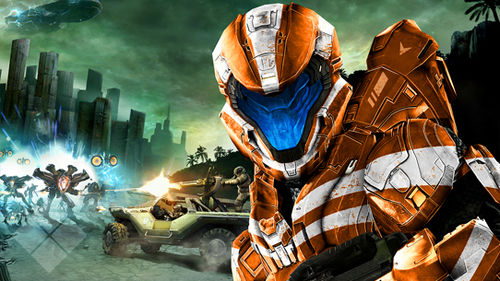 Salutations, story-seekers! Welcome to another edition of Canon Fodder. This week is a particularly special week as the eagerly anticipated Halo: Spartan Strike is now available! That’s right Spartans, it’s time to don your GEN2 Mjolnir and grab the nearest Windows device, iPhone or iPad, or log into your Steam account. Seeing that our focus around these parts is a more narrative-based one, I thought we’d take the chance to shed a little extra light and provide a foundation for how this new title fits into the overall Halo story. Fortunately, Halo: Spartan Strike has nothing to do with UNSC labor disputes. 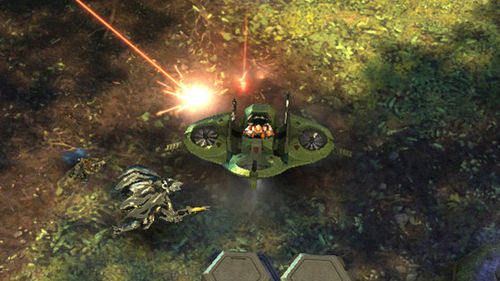 Halo: Spartan Strike was developed by 343 Industries in conjunction with Vanguard Games, and represents the latest mobile-centric entry within the Halo universe. Fans will get a chance to drop into 30 different missions through varying environments, all while having a diverse and devastating arsenal of weapons, abilities and vehicles at their disposal. Let me just say, I’ve had an absolute blast flinging around in a Warthog and flying around in the Kestrel, which players will get their hands on for the first time in a Halo game. Do yourself a favor and wear some good earbuds when piloting the Kestrel, as its twin canons just sound powerful. I’ve found my personal favorite way to play is to use an Xbox One controller on my Windows 8.1 laptop, though it's just as potent on a Windows Phone, iPhone, or iPad. Gunning Grunts on the go has never been so satisfying!

In Halo: Spartan Strike, you play as a Spartan-IV supersoldier clad in orange WAR MASTER GEN2 Mjolnir. As part of an intensive training program aboard the UNSC Infinity, you are put to the test in a series of simulation programs that recount key engagements in the Human-Covenant War. From the heroism of an ODST squad in New Mombasa during the Battle of Earth to the exploits of a classified Spartan Headhunter on the surface of Gamma Halo, you’ll put yourself in their place to see if you can repeat their achievements. Along the way, you’ll uncover a surprising connection between these events and a new understanding of humanity’s conflict with not just the Covenant, but dangerous vestiges of the Forerunner empire.

To dive even further, I grabbed one of the fine folks responsible for crafting this latest handheld-Halo experience and asked him a few questions.

GRIM: Does Halo: Spartan Strike take place in the “past” or the “present” in regards to current Halo fiction?

Frederic Laporte (Producer, 343 Industries): Spartan Strike allows players to take part in a classified ONI simulation that begins during the events of Halo 2 on New Mombasa in 2552.

GRIM: Is the campaign purely simulation, or are there elements where the players are taking part in new fiction unfolding in “real time”?

Frederic: All simulation, but with new story elements revealed within these simulations. The Spartan you play is training by taking the place of the original soldiers present for these missions.

GRIM: Are there any aspects of the Halo story or universe that you were particularly excited to include?

Frederic: The addition of the Warthog is something we’re extremely excited about. Driving it through the streets of New Mombasa brings back some really fond memories. Also, we’re very excited to introduce the brand new Kestrel VTOL which wipes Covenant and Promethean enemies like they were butter on a hot toast.

Frederic: Improvements to touch controls is something we’re very proud of and we truly feel that the game plays better than ever. To point out one of those improvements, our grenade throwing has been revamped and made much more precise to truly make taking down enemies both more predictable and more satisfying! There’s also the addition of new enemies, weapons and vehicles that give players a broader arsenal to play with. This both makes the combat more fun, and improves the overall flow of the game. And aside from the gameplay itself, having the chance to bring back award-winning composer Tom Salta – whose work you’ve heard on Halo 2: Anniversary, Halo: Combat Evolved Anniversary and Halo: Spartan Assault – was the icing on the cake.

So what are you all waiting for? Go get downloading! 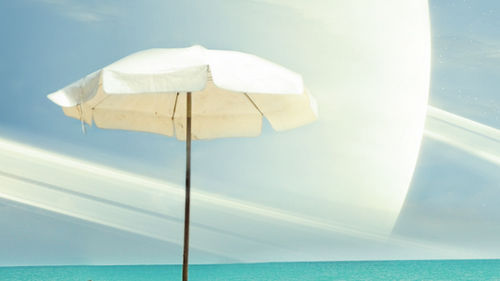 Benjamin Giraud is back on the hunt and probably feeling more uneasy than ever. If you deep-lore minded fans haven’t jumped on this now, you might want to start. The tailored tale that ONI has been attempting to weave is fast beginning to unravel with each new voice that surfaces to be heard. Misinformation here, bold-faced lies there, is there anyone Ben can trust amidst all the conflicting reports? Fans who have invested time in various Halo story outlets over the years – especially some of the more obscure outlets – will find some particularly satisfying connections and revelations beginning to bubble up. You can follow Ben hunt for the truth on the web, on Halo Channel, and on iTunes. Get hunting!

Next week, for more inside looks at Halo’s narrative, continuing coverage of #HUNTtheTRUTH, and some Canon Fodder & Universe housekeeping. For now, you should all get on downloading Halo: Spartan Strike! In order to help you along, here are a few keys to use in the Windows Store, which will give you access to both the Windows Phone and desktop/laptop versions of the game. 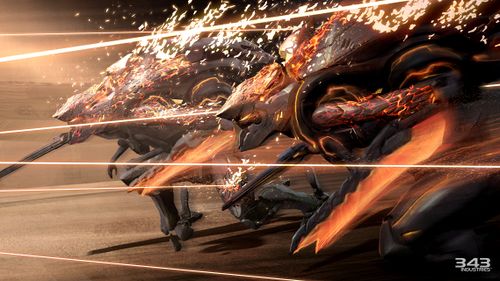 C’mon, you didn’t think it would be that easy, did you? Let’s play a little mix and match. The following alphanumeric sets go somewhere in the empty slots. Match up the right ones before anyone else and you’ll snag yourself a copy of 'Halo: Spartan Strike.

If you aren't quite quick enough to grab one of the codes above, I'll also be giving a few away on Twitter this week. Follow me @GrimBrotherOne and keep an eye out for your chance to Strike!

And with that, we close for now. Hope you all have a fantastic weekend and enjoy then upcoming episode of #HUNTtheTRUTH.

Until next week… Live well, play Halo, and no matter what, never surrender your navigation data.

The Kestrel is a well-armed, high-mobility platform designed for nap-of-the earth combat operations.

New Phoenix was the fourth most populated city in the United Republic of North America after New York, Los Angeles, and Chicago. Its population was consumed by the Composer when the Didact attacked.

Earth is the cradle world of the human species and the center of their political and military governance.