Welcome back and happy holidays! This year has certainly been an… adventure hasn’t it? There’s got to be a joke to be had for planet Earth regarding the relationship between “hindsight” and “2020” or something. At any rate, it’s at the very least a fantastic reminder to always be mindful of the many blessings we are afforded on this marvelous blue marble—even ultimately trivial ones like super-soldiers and alien ringworlds.

And speaking of which, we figured since it’s holiday time and all, we might as well give the gift of announcing a cool new lore-related item on your way early next year. With the recent release of Troy Denning’s brilliant Halo: Shadows of Reach, for the first time in quite a while, fans of Halo’s extended universe were without any already-announced-but-unreleased title to look forward to. Well, that streak ends today. 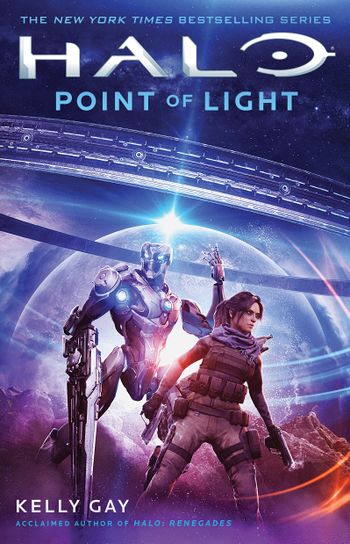 In early 2019, a novel was released that in many ways caught Halo lore-lovers by surprise. Feeling partly like a squad-on-a-ship soiree that fell from the Firefly family tree and partly like a spiritual sequel to Greg Bear’s Forerunner trilogy, author Kelly Gay took us on an incredible and memorable jaunt through the universe with Halo: Renegades.

Welcome to your first look at Halo: Point of Light.

August 2558. Rion Forge was once defined by her relentless quest for hope amidst the refuse and wreckage of a post-Covenant War galaxy—years spent searching for family as much as fortune. But that was before Rion and the crew of her salvager ship Ace of Spades encountered a powerful yet tragic being who forever altered their lives. This remnant from eons past, when the Forerunners once thrived, brought with it a revelation of ancient machinations and a shocking, brutal history.

Unfortunately, the Ace crew also made dire enemies of the Office of Naval Intelligence in the process, with the constant threat of capture and incarceration a very real possibility. Now with tensions mounting and ONI forces closing in, Rion and her companions commit to this being’s very personal mission, unlocking untold secrets and even deadlier threats that have been hidden away for centuries from an unsuspecting universe. . .

We’re excited to announce that Kelly Gay is back in the saddle with a new novel that follows up on the characters and events of Halo: Smoke & Shadow and Halo: Renegades. Plus, the new title features a gorgeous cover by none other than William “Pixelflare” Cameron, which you can check out in all its glory right here: 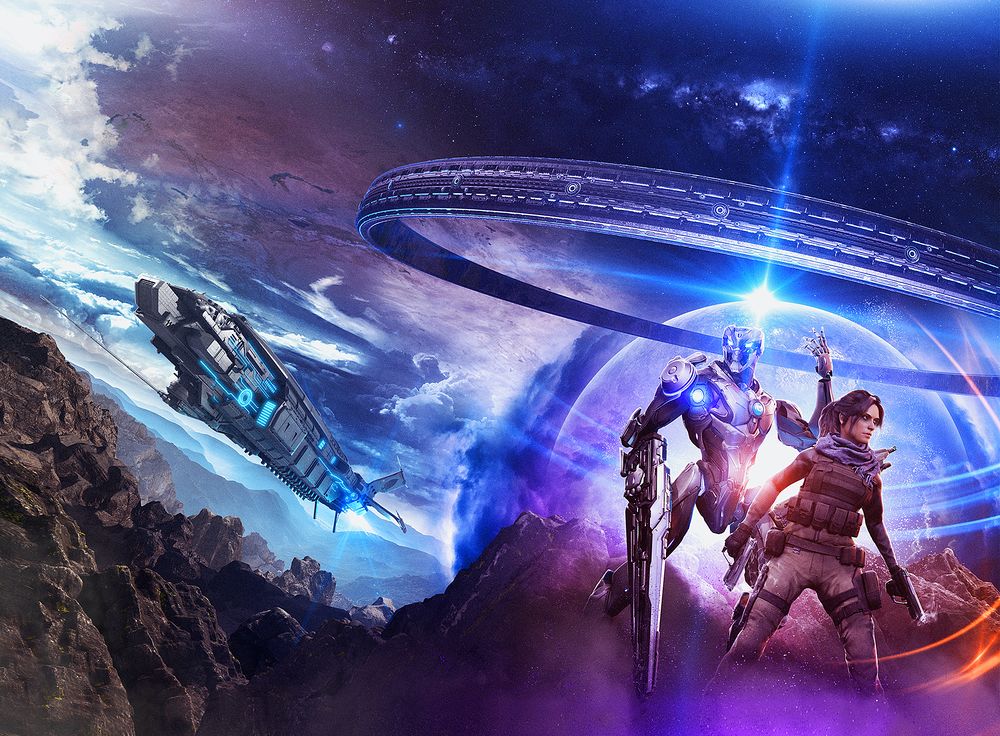 Halo: Point of Light is slated for release on March 2, 2021, and can be preordered now.

As mentioned above, we recently released the Troy Denning novel Halo: Shadows of Reach, which we also previewed fairly in depth in Issue 109. With the book having now been in the hands of fans for a couple months now, we wanted to highlight a particular detail that was fun to see some eagle-eyed fans catch on to shortly after release.

Obviously, some spoilers ahead.

In a pivotal moment near the end of the book, the Banished have located a hidden portal facility on Reach, long-buried under Menachite mountain. As fans began to line up the clues of its visual depiction, it became apparent than many of us had already visited this site countless times over the past near-decade playing (fittingly enough) Halo: Reach multiplayer with the CE Anniversary Map Pack.

That’s right, the location of the map High Noon is none other than the recently-revealed portal complex on Reach—so the next time you boot up the Master Chief Collection, hop into this particular playspace and just run around a bit. It’s awesome to picture the events that take place at this location and have visuals that help immerse you in moments that might otherwise only be words on a page.

Putting the Pro in Propaganda[modifier]

Last week, Halo lore fans were able to celebrate a very special day—a day that hopefully for many provided an abundance of delicious morsels to feast on. Oh, and there was also Thanksgiving!

Following the completion of Halo: The Master Chief Collection’s release on PC, we dropped the finale of our ONI Archives series, a video series that featured an in-universe audio drama focusing on the public propaganda efforts of Section 2 within the Office of Naval Intelligence. If you haven’t had a chance to watch it yet, fix that right now. And even if you have, click it anyway—if you like this kind of content, more views can’t hurt the cause!

And if you need to catch up on the rest of the series, you can check them out here:

If you’re curious about the origins of how this particular series came about, make sure you check out the previous edition of Canon Fodder that we linked above for insight into initial intentions and production process.

We’ve also noticed a few questions pop up surrounding some of the interwoven lore and associated implications that might be worth adding on to.

Why would the public know about things like the Flood?! First off, who ever said when these educational “episodes” were actually scheduled to air in-universe? Second, it is still important to remember the core nature of why this series as a whole (in the real world) was created—to help set fans up for going into each game story as they released on PC within the MCC. With that in mind, there occasionally might be times where the hard “canon” nature of particular details within the overall narrative wrapper is a bit squishier when we need it to be—and that’s totally okay.

Was that sound coming from a Guardian, or the Composer at New Phoenix? It was a Guardian. It also says so in the subtitles.

Wait, "Installation 08?" Yup, the new “Alpha Halo” that was under construction and encountered in Halo 3 was the eighth ring forged at the Ark. Designations like Alpha, Delta, Gamma, etc (which speak to each ring’s place and “firing order” within the Array) don’t change, whereas the "installation" number is like a VIN on a car, identifying each unique ring produced at the Ark. Subsequently, Installation 09 was the ring encountered by Professor Anders during the events of Halo Wars 2. Easy peasy!

“I understood that reference!” Indeed! Eagle-eyed (eagle-eared?) fans caught references to several other elements in the universe, including Gabriela (GBA 0983-6) from Halo: Lone Wolf and Outpost Discovery, Operation WOLFE from Halo: Shadows of Reach, and “Commander Rossbach” from the Halo: Fractures short story “Rossbach’s World,” among others.

For further breakdowns and dissections from community corners, check out this awesome recap blog by Haruspis entitled “ONI Archives Story Explained – What They mean for Halo’s Future,” and another great video breakdown from Toa Freak's Halo Canon YouTube channel, which you can check out below:

And with that, draw the curtains on this edition, and I suppose on 2020 as well around these parts. Here’s hoping that each and every one of you will find yourselves wrapping up this particular lap around the sun girded by an abundance of hope and happiness, wherever you may frequently find it.

And buckle up. Something tells me we’ll likely have a lot to talk about in 2021.

Until next time… Live well, play Halo, and be safe.