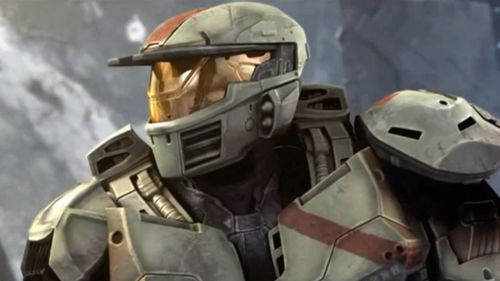 Welcome back, canonballers, thanks for stopping by! Last issue, we knocked out some more Hog Wild REQ fiction, and sat down with new-to-Halo author John Jackson Miller, who is contributing stories for both Halo: Fractures and Halo: Tales From Slipspace. After a week break to gather our strength – and sanity – we’re back and in full E3-prep mode.

As it’s no real secret that we’ll be showcasing the long-anticipated sequel to a certain Halo real-time strategy title on the expo’s show floor, we thought it might be prudent to take a quick look back at the story of the original Halo Wars, and set the stage for what might be next for the UNSC Spirit of Fire and her crew. Feel up to a stroll down memory lane? I thought so… 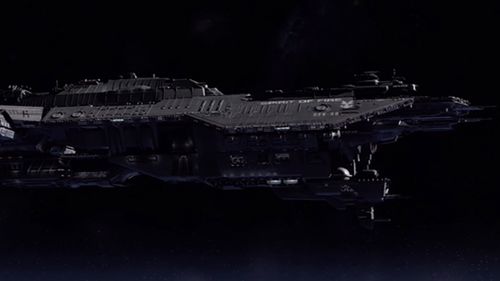 Set nearly three decades before the events of Halo 5: Guardians, the original Halo Wars follows the exploits of the UNSC Spirit of Fire – a Phoenix-class colony vessel repurposed for war. Helmed by Captain James Cutter, the Spirit of Fire is sent to investigate Covenant activity on the embattled planet Harvest.

When Sergeant John Forge goes planetside to provide recon, he finds a Covenant relic-hunting contingent led by Arbiter Ripa ‘Moramee – a task force sent by the Prophet of Regret to glean secrets from an ancient Forerunner site buried in the Harvest tundra. After chasing the Covenant from the site, Dr. Ellen Anders discovers that the site had given the Covenant coordinates to another location – this time on the human colony of Arcadia.

When the Spirit of Fire arrives at Arcadia in pursuit, the UNSC finds itself in a furious fracas that sees them both protecting human colonists as well as valiantly breaching a Covenant energy shield and destroying a deadly prototype super Scarab – still under construction but fully operational. Unfortunately for the UNSC, Dr. Ellen Anders was abducted by Arbiter Ripa ‘Moramee in the aftermath, prompting the UNSC to chase the Covenant into uncharted space – and onto a mysterious undiscovered planet.

What Captain Cutter and his crew would soon learn was that this planet was no ordinary place, but instead was a massive Forerunner construct – an enigmatic artificial creation known as a Shield World, containing concave and inverted environment on its interior “surface.” Eventually the UNSC would learn the true nature of Regret’s zealous chase: the reactivation of a long-dormant Forerunner fleet that would almost certainly spell the Covenant’s final death knell against humanity.

Through fierce tenacity and incredible resolve, the crew of the Spirit of Fire would match the Covenant blow for blow across the surface of the ancient Shield World, an effort that would culminate in one final confrontation that saw Sergeant Forge and Spartan-II supersoldiers Alice-130, Douglas-042, and Jerome-092 lay waste to the malevolent Arbiter and his Sangheili guard. In the end, Sergeant Forge would sacrifice his own life to not only save his crewmembers, but also destroy the Shield World and the Forerunner weapons it contained – saving humanity as a whole in the process.

While the UNSC Spirit of Fire would escape the Shield World’s destruction, it did so at great cost – the ship’s own slipspace drive having been used to bring down the ancient construct. For nearly thirty years the Spirit of Fire would drift though deep space, cut off from the rest of humanity and eventually declared “lost with all hands” in February 2534.

But now, something has happened…

Fans of our Halo 101 series on the Halo Channel will no doubt be pleased to know that "Lost With All Hands" – a five-part video series offering an overview of the original Halo Wars story – is now available to view in its entirety on the official Halo YouTube channel. Utilizing a combination of Blur Studio’s incredible game cinematics and informative narration, “Lost With All Hands” provides a closer look at the events that transpire over the course of the game and their place within the larger Halo universe.

So whether you’ve played through the 'Halo Wars' campaign a hundred times over, or have yet to lay the disc in your tray, sit back and enjoy a vital and epic romp across the galaxy with some of the UNSC’s finest heroes. We’ve provided you with just a taste of the story of Halo Wars above, now you can get the details.

Episode 1: The Secret Below Harvest

Episode 5: Lost With All Hands 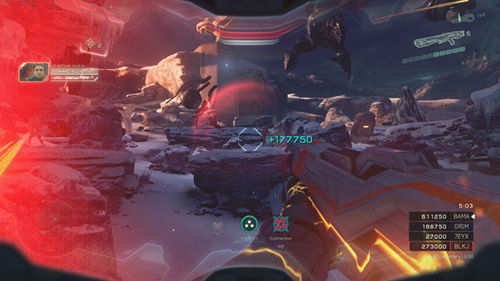 With that in mind, we’re excited to reveal that the upcoming Warzone Firefight content release for Halo 5: Guardians will also bring with it an exciting new Score Attack mode, giving fans a fast-paced and fun new arcade-style wrapping to the Halo 5 campaign.

For more info, make sure you check out our deeper reveal in this week’s Halo Community Update from Bravo and yours truly. I don’t know about you, but between Score Attack and Warzone Firefight, I’m seeing some fun and furious Fodder-fied community playdates in the near future… 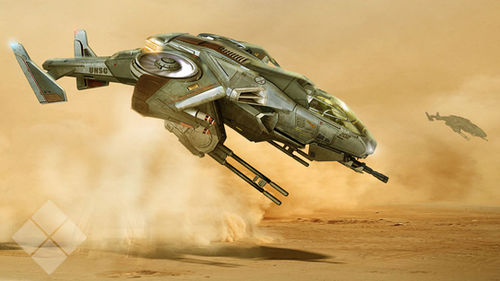 Deployed toward the end of the Harvest campaign, the AV-22 Sparrowhawk shares a number of similarities with its aerodyne siblings – the AV-14 Hornet, AV-19 SkyHawk, AV-30 Kestrel, and AV-49 [DATA CORRUPTION! REBUILD IN PROGRESS . . .] – among others. Common elements include an integrated VTOL propulsion system that combines a turbojet with dual lift fans, autocannon armament, and cyberlink-compatible fly-by-light avionics.

The Sparrowhawk met with great success in the war against the Covenant, serving as a gunship escort for troop transports, providing aerial security, and operating in hunter-killer squadrons that harassed Covenant landing zones and troop columns. Combat losses were always high, though pilots accumulated enviable kill ratios.

The Sparrowhawk primary weapon systems are a pair of brutally effective GAU-23/AW long-barreled rotary autocannons installed on weapon armatures below the aircraft. These cannons can fire the full range of aircraft 20mm ammunition, though the standard loadout is either M718 SAPHEI or PGU-42/B API (with a depleted-uranium core). Though considered a secondary weapon, the Sparrowhawk also features a chin-mounted variant of the UNSC’s GUNGNIR M6 directed energy system, allowing the gunner to conduct devastatingly effective long-range strikes with pinpoint accuracy. The Sparrowhawk's M6 nonlinear cannon uses components that were later miniaturized and installed on infantry-portable M6/E variants after the Covenant War.

And with that, we close for now, and wait patiently for the LA lights to shine bright. We’ll see you next week, where I imagine we might have a few cool new things to talk about.

Until next time… Live well, play Halo, and hold A to paint.

Alice-130 was part of the legendary SPARTAN-II project and member of the Red Team detachment associated with UNSC Spirit of Fire.

Douglas-042 was part of the legendary SPARTAN-II project and member of the Red Team detachment associated with UNSC Spirit of Fire.

Jerome-092 was part of the legendary SPARTAN-II project and leader of the Red Team detachment associated with UNSC Spirit of Fire.