Greetings ladies, gentlemen, and alien aficionados. Welcome back to another week of Canon Fodder! When last we met within these virtual walls, we officially announced Halo: Tales from Slipspace – a brand new graphic novel anthology from 343 Industries and Dark Horse Comics – and took a deeper dive into the lore of some upcoming craft in Halo: Fleet Battles. As mentioned last issue, we’ll be talking a bit more about specific story themes later on for the graphic novel, so stay tuned.

Speaking of last week, I’m sure many of you saw in Bravo’s exquisite weekly Community Update the first look at the upcoming Warzone map, Skirmish at Darkstar – set on the glassed colony of Meridian. This week, we’re going to take a peek at the deeper fictional impact of the setting, as well as take a look at the connective tissues between the Halo World Championship and the War Games simulations. Let’s take a look! 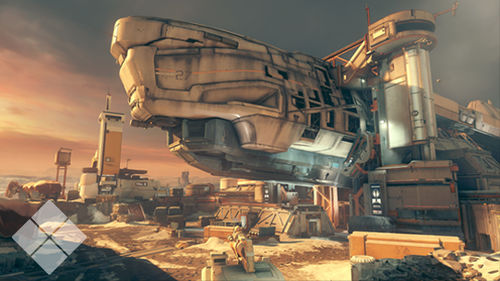 While the loss of Pinnacle Station dealt a massive blow to Liang-Dortmund’s operations on Meridian, demand for the planet’s vitrified resources has neither slaked nor slowed. Working quickly and quietly to avoid the notice of the Created, regional directors at Liang-Dortmund quickly implemented contingency plans to mitigate the economic impact and reconstitute operations on the frontier planet-moon. Though the company’s local headquarters at Meridian Station was devastated, the remote polar outpost of Darkstar Station survived, its workers and engineers largely unaware of the disaster that unfolded on the other side of the planet and the uncertain future that awaits them under Cortana’s rule. Despite the uncertain astro-political climate, Liang-Dortmund continues an accelerated resource gathering operation while tacit permission exists, transferring one of its largest resource processor ships, additional workers, and human resource specialists to Meridian’s orbit in order to continue work and assess the company’s remaining investments. But anomalies abound beneath the battered surface as ancient machinery buried deep in the planet’s mantle stir to life, and the UNSC makes plans to once again revisit the surface in search of answers, regardless of what forces that intervention may unleash. 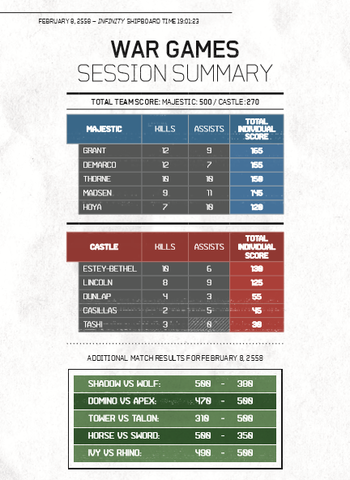 A question that has come up a few times over the past couple months has been – paraphrased of course – “Is the HCS/HWC canon?” For those of you unfamiliar with the aforementioned monikers, the query refers to the Halo Championship Series and Halo World Championship. The Halo WC pits the top Halo players and teams in the world against each other, and conveniently enough, the finals will be taking place this very weekend in Hollywood, CA – March 18-20th. Maybe you are just a Halo fan. Maybe you’re also a sports fan. Maybe you’re just someone who loves to soak up the tension and drama that competing for $2.5 million inevitably brings. No matter what category you fall into, you should definitely check it out!

While the “Halo WC” in a literal sense isn’t canonical, the reality of Spartan fireteams competing for glory in the War Games simulations very much is. This was hinted at even back in the LCE bonus materials of Halo 4, which included the scorecard you see here showcasing Fireteam Majestic and Fireteam Castle facing off. Like in actual Halo multiplayer, canonically Spartans train in a variety of different scenarios and environments, assuring that they’ll be able to maintain their razor-edge efficiency no matter what challenges they face.

Also, for those of you looking to add a Mjolnir kit with some competitive flair to your armory, check this out: Starting on Sunday at 4 p.m. PT on your Xbox One (through the Xbox Live Event Interactive app) or Twitch, you can get the Halo World Championship REQ Pack. For free. This special pack includes the all new Ultra Rare “CHALLENGER” armor set (plus a pretty sweet Halo WC 2016 emblem). Note that this will only be available until 9 a.m. PT on Mar. 21, so definitely check it out! 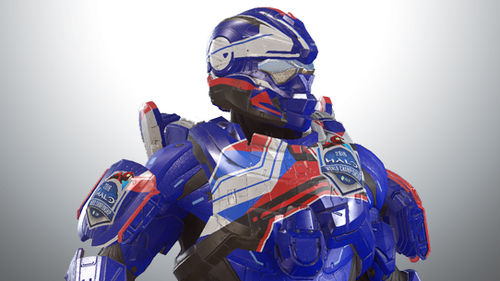 Armor: The CHALLENGER’s high-performance thrusters and shield emitter arrays require constant stress monitoring and adjustment to avoid critical failure during a match, much to the dismay of Infinity’s support teams.

This week, the folks on the Killer Instinct team released a very cool behind-the-scenes video that showcases the development of the Arbiter’s theme for Killer Instinct Season 3. The music was written and produced by Celldweller and Atlas Plug – the later likely better known to Halo fans as composer Tom Salta, who has worked on music for five different Halo titles. It’s a very cool inside look at how iconic elements are combined with all-new inspirations to create a fantastic new sound that honors the legacy of both franchises. Definitely check it out if you haven’t already!

That will do it for us this week. A bit lighter this time around, but the next could few weeks will see a few cool, deeper looks at some new and upcoming additions to the Halo 5: Guardians experience, so be sure and stay tuned! Also, I'll be be joining Rukizzel and a few of the fine folks at Microsoft Studios from 11am-Noon PT on Wednesday, March 23rd to play some Killer Instinct with community, and show off some cool Arbiter gameplay - as well as give some behind-the-scenes perspectives on what it takes to mix two incredible franchises like Halo and KI. For a bit more info, download the super-handy Community Calendar app on your Xbox One and head over to the appropriate date. Hope to see you on the stream!

Until next time… Live well, play Halo, and never judge a book by its listing.

The Holy City of High Charity was an enormous mobile space station used as the capital of the Covenant empire.