Greetings, dear readers. It's been entirely too long since I've had the pleasure of writing a Bulletin. Bravo's desk is noticeably empty today, though, so I thought I would seize this opportunity to chat with you about a few different topics - all of them Halo-related, of course. As it's been a while, I anticipate I will ramble, reflect, and occasionally, reveal (nothing about future projects, mind you). So grab a chair and get comfy, because it's about to get all wordy up in here.

Last month, Halo 4 turned nine months old. I know this because our studio recently experienced a sizeable baby boom. While I celebrated the launch of the game by hitting the virtual battlefields, several coworkers marked the occasion in a different, yet equally exciting way. Whether we're talking about my merrymaking or theirs, it's safe to say numerous bases were penetrated. And successfully, at that.

Game development is a curious thing. You start with an idea, frolic in a dream pasture where anything is possible, adjust accordingly until you're back in reality, and then work your ass off building, developing and polishing what you hope will eventually become an enjoyable experience. Seeing Halo 4 transform from a small stake in the ground, into what we shipped, and into what it is now has been a fascinating and valuable learning experience, both for me personally, and the studio as a whole.

What is looming on the horizon for the studio is both exciting and daunting. We're working on projects that you know about (the TV show and Halo Xbox One) and others that you don't (insert absolutely zero clues here). Our team has blossomed from a few dozen to a few hundred, and it continues to grow at a healthy pace as new people are hired to make sure every team has more than enough resources to do their job, and do it well. 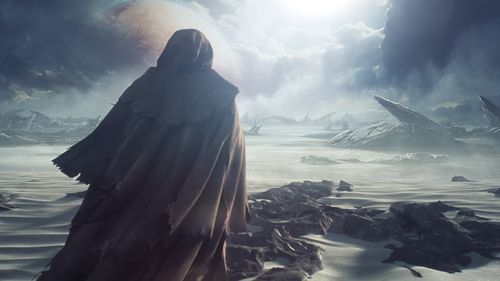 As a small part of our team shifts solely into sustain mode, we, as a studio, are looking steadfastly toward the future. We're extremely excited about the Xbox One, and the wheels of the next installment in the franchise are spinning at a lightning fast speed. Focusing on the future also includes nurturing the current experience, so we're in the process of tightening up Halo 4 multiplayer to ensure your online games contain more headshots and good times than you could ever hope to handle.

The 9/30 update will include similar changes. On that date, the Multi-Team, Dominion, and Champions Bundle DLC playlists will be removed. The reason for both the consolidation and removal of playlists is to enhance the overall health of matchmaking. As the numbers from those playlists shift into other ones, game quality will improve as skill matching and the other parameters used during the search phase (matching with other players that own DLC, for instance) become more effective.

The playlists that will be available after the bulk of consolidation has been completed on 9/30 are as follows:

The decisions behind the consolidations were challenging to make. We spent a significant amount of time pouring over the numbers in order to make the best decisions possible. We analyzed how many players frequent each playlist on an hourly, daily, and weekly basis. We dissected playing habits, such as when one playlist is your most played, which one is then your second most played. And we looked at the quality of matches across the entirety of matchmaking, along with each individual list. All of these numbers guided our decision making process. We know removing playlists might sometimes be painful, but it is a necessary part of sustaining a game and its multiplayer community, and we do it knowing the positive impact it will have on your online experience.

While Multi-Team, Dominion and Champions Bundle DLC are each giving up their permanent spot in the matchmaking line-up, we will be adding a single rotational playlist to the mix. That playlist is slated to change every two weeks, and the tentative schedule for the rest of 2013 is as follows:

Those of you that have been with us since launch will remember we initially had rotational playlists; however, we did not provide a set or predictable schedule for what was coming when or specifics about how long each playlist was going to be available. This time around, we'll be focusing on communicating the details with plenty of advanced notice and building out a calendar (see above) that will be available on the website. That way you'll always know when something is coming and can plan accordingly. While we can't support all playlists indefinitely, we are brimming over with ideas for that one dedicated rotational playlist slot (!!), and excited that it will allow us to regularly freshen up the matchmaking experience and provide additional opportunities for those of you looking to complete commendations and unlock achievements.

Something that we are going to experiment with, both in the rotational playlists and also select regular ones, relates to DLC. While matching players who own DLC is heavily weighted during the search phase, we're seeing reports that some of you are not seeing your purchased maps in matchmaking as frequently as you'd like. As a potential solution to this issue, we are going to make one standard playlist DLC-required (à la Halo 3).

Starting 9/16, you will need the Majestic Map Pack to play Infinity Slayer. As the goal of this is to gauge if the DLC-required playlist solution is a viable one, we will be monitoring its population closely. The Game of the Year edition of Halo 4 - which includes all Halo 4 map packs - launches in early October, so we scheduled this change for a time when we can gather data without its impact, then also with it. I'd like to stress this is an experiment, and is in no way, shape or form a permanent move at this time. The primary thing to note is we know you want to play your DLC more often, and we're dedicated to doing everything we can to make that happen.

Speaking of DLC, the Champions Bundle went live last month, however it wasn't without hiccups. The primary known issues, which can be found in the Halo Status forum thread, are:

We have been investigating possible fixes and expect to release an update that will resolve the above issues in late September. We know the last one especially is less than optimal (not to mention inconvenient), so we will let you know the specific release date, along with the relevant change list, once both things are finalized.

While we have less flexibility to use additional memory for new content in Spartan Ops, we're excited to begin offering something not previously available for that particular game mode. We'll be kicking off a full rerun of episodes 1-10 with 'Grunt Birthday Party,' 'I Would Have Been Your Daddy,' and 'Mythic' Skulls enabled in a soonish-like time frame. While the first two Skulls do not affect gameplay, the latter one increases the health of your enemies. Will you be able to complete the entire season with this Skull trio turned on? We look forward to finding out. Accompanying that play-through will be some fiction pieces here on Halo Waypoint about the Spartans that make up Majestic Squad.

Through that crazy tapestry of words I just wove, we covered numerous updates that are going to happen in the near future. There are other things we're considering doing as well, including a difficulty increase of reaching CSR 50 in Team Throwdown, along with a second weapon tune, however those things are in the distant future, not the near. We will of course keep you updated as we iron out the specifics of those plans.

And that brings us to the end of this week's Bulletin. Before we part ways, there is one more thing I'd like to mention:

Halo is blessed with an amazing community. During these quiet times it is our truly passionate fans that shine the brightest. It's because of all of you that we get to work on something we love each and every day, and we're grateful for that opportunity. Please continue giving us your feedback, both about Halo 4 and what you'd like to see in the next installment of the franchise. Because, while you may not know it yet, you're guiding our path for the future. And it's a bright one, indeed.