ASSAULT ON THE CONTROLLER SETTINGS

There have been several times during the development of Halo: The Master Chief Collection where it “hit me.” I’ve seen forum threads and posts across the internet about this phenomenon, where the excitement for The Master Chief Collection meets a tangible reality, and then I get even more excited. For some, this was seeing the map list for the Team Slayer playlist for the first time at the RTX panel. For others, it may have been seeing Halo 2: Anniversary and classic gameplay running on Xbox One for the first time, or seeing Halo 1-4 displayed within the brand-new UI. Over the past few months, I’ve had the great privilege of seeing the game come together in a variety of ways, and it often results in goosebumps and “it just hit me” moments.

Just this past weekend, I jumped into the most recent build of the game, and dropped straight onto the sandy beach of The Silent Cartographer, guns blazing, rapidly switching back and forth between classic and Anniversary graphics. I eventually reached the first entrance of the facility, and repeatedly tried to execute the Hog Fling, because it is the only noteworthy speedrunning trick that I have ever come close to pulling off. After around 20 attempts, I was unsuccessful, and despite Cortana’s best efforts, I let them lock the doors time and time again.

Defeated, I saved my progress, and with a few button presses, was on Halo 2’s first mission on Earth - Outskirts. I returned to the familiar rooftops of Old Mombasa (once again swapping between graphics and audio at an unreasonable frequency) and (naturally) stole Sgt. Johnson’s Sniper Rifle purely so I could listen to the new sounds of the S2 AM Sniper Rifle’s muzzle blast. After, I found myself scrolling through the wide-open list of Halo 3’s missions, and landed on Tsavo Highway. After eliminating my fair share of jetpacking hitchhikers, I saved once again, and before calling it a night, I skipped over to Rally Point Delta on Halo 4’s sixth campaign mission, Shutdown. As the tower was altered before me, I attempted to find new jetpack shortcuts from platform to platform, skipping as many enemies as I could until I ran into those pesky Hunters.

Somewhere during this experience, I realized that this was truly a new way to play. I have severe attention problems (not really, but kinda), and I often jump from one playlist to another when playing multiplayer (to put it lightly). Realizing that I had the ability to jump in between the campaign missions from each game at the press of a button was pretty darn cool. For me, re-playing the campaigns means failing at speedrunning tricks and taking the time to explore and discover new things along the way. Whether you’ve been re-playing campaign for years or haven’t played since the titles released, I have a feeling you’ll enjoy the ability to play Chief’s legendary saga however you’d like.

Another important element of replaying these timeless missions is how the game feels. In The Master Chief Collection, new control options and schemes also present the option to play across all of the games in a new way, or return to the original schemes (on a per-game level). For me, this means playing Halo: CE on Halo: CE’s default scheme, playing Halo 2 on its respective default scheme, and then playing Halo 3 and Halo 4 on the new Universal Bumper Jumper scheme. If you’d like to play on a single Universal control scheme across all games, you can. If you prefer specific control schemes for each game, you can set ‘em up, and whether you’re playing Campaign, custom games, or Matchmaking, your control preference will be remembered. Let’s talk about how controller settings will work in Halo: The Master Chief Collection.

ASSAULT ON THE CONTROLLER SETTINGS[modifier]

Halo: The Master Chief Collection not only features a new set of universal control schemes that work across all titles, but also new options available to players. Let’s dig in, starting with the universal schemes.

Additionally, as I mentioned above, if you prefer to use the control settings that were available in the original titles, these are available to use within that respective game. For example, here’s the Halo 2 default layout:

• Bumpers and triggers can be swapped for any control scheme.

• The DPAD and face buttons can be swapped for any control scheme. In addition, if the DPAD is swapped, it can also be inverted.

If you have additional questions about control settings, shoot ‘em over. We hope you enjoy playing each title within Halo: The Master Chief Collection your way, whether it be with classic or brandy spankin’ new options.

Over the past few weeks, we’ve released a series of updates for Halo 4, including optimization of Matchmaking and more. Let’s take a look at ‘em.

The Halo 4 playlists have been updated, with Team Objective making a valiant return to the lineup, and Proving Ground’s game types being consolidated into Team Objective and Team Slayer. Team Objective now includes Oddball, Ricochet, King of the Hill, Team Regicide, Dominion Light, and Extraction, ensuring that all of your favorite game types are available, and also that all achievements are achievable.

On the topic of achievements, we released an update for Halo 4’s DLC achievements which should have resolved the issues that caused some player’s achievements to enter a locked state. If you haven’t yet, hop into Halo 4 - any achievements you are owed should pop. We apologize for the delay, and thank you for your patience.

Each year, our good friends at HBO hold the 343 Guilt O’ Lantern pumpkin carving contest. Much like Halo 2, this legendary contest is celebrating its 10th anniversary this year, and we’re quite sure it’s going to be one for the history books. We’ll be contributing to the prizing by donating a wide variety of goodies, including awarding the winner an original Mister Chief canvas painting by Frankie himself and a pair of new Skullcandy SLYR Halo Edition headphones. We’re looking forward to seeing your carvings, which can be entered here and share your photos with us @Halo! In the event that you need some inspiration, here are a few of our favorites over the years: 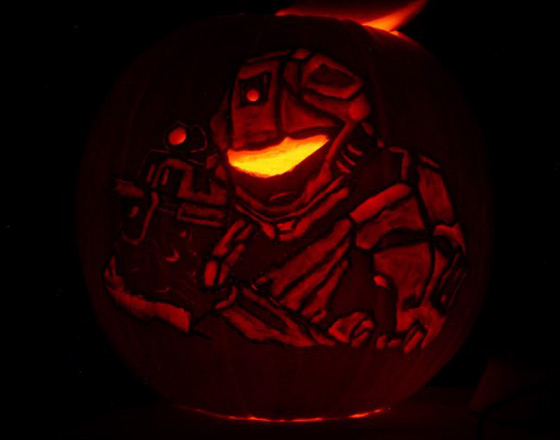 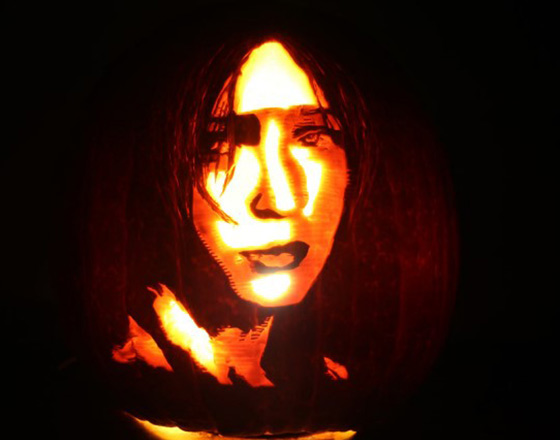 October 2552 was a pretty tumultuous time for the UNSC, with battles raging on multiple fronts, and the entire Human-Covenant conflict coming to a head. October 20 in particular saw some of the most important moments in the war. It was on this day that the Master Chief, Sergeant Avery Johnson, and Commander Miranda Keyes (standing in place of her father, Captain Jacob Keyes) accepted medals for the events at Alpha Halo, while across the galaxy, the Supreme Commander of the Fleet of Particular Justice, an incredible Sangheili warrior by the name of Thel ‘Vadamee, endured a harsh punishment for his failure to prevent the Sacred Ring’s destruction. Eventually, he is offered the mantle of the Arbiter, an opportunity to right the supposed heresy he’s committed against the Covenant. His task is destroying a heretic base near the site of Alpha Halo’s destruction, though it’ll likely cost him his life. These heretics, led by the Sangheili Sesa ‘Refumee, were broadcasting messages claiming that the Prophets have lied to the Covenant and that Halo is actually a weapon.

On Earth, the Covenant arrived with a relatively small fleet led by the High Prophet of Regret. Regret had previously and independently determined the location of the Ark’s gateway portal, and hastily made his way (with only fifteen ships) to Earth to excavate it. Not expecting a human resistance, Regret was forced to flee as the Master Chief systematically eliminated every advantage the Covenant had. As Regret’s assault carrier, the Solemn Penance, jumped into slipspace, the Master Chief, Sergeant Johnson, and Commander Keyes followed gave chase aboard the UNSC In Amber Clad. In the wake of Regret’s departure, the city of New Mombasa was left largely destroyed by the slipspace event.

At the time of Regret’s departure, a squad of Orbital Drop Shock Troopers had been deployed to the city in an effort to secure a Tier One asset; within New Mombasa’s urban infrastructure AI, a subroutine known as “Vergil” had located a seismic anomaly which appeared to be the source of the Covenant’s interest. Gunnery Sergeant Edward Buck, Corporal Taylor “Dutch” Miles, Private First Class Michael “Mickey” Crespo, Lance Corporal Kojo “Romeo” Agu, their ONI handler, Captain Veronica Dare, and the newest addition, an ODST simply known as the Rookie, all battled through the besieged city of New Mombasa, attempting to locate each other in the chaos which followed the Solemn Penance’s departure.

The High Prophet of Truth, realizing that Regret had made an egregious error by assaulting Earth with only a handful of ships, had already dispatched a Jiralhanae-commanded support fleet which would arrive on October 21st. The ODST squad led by Edward Buck and Veronica Dare managed to safely secure and extract “Vergil” within the memory cells of a Covenant Huragok named Quick to Adjust. Despite their lack of intel on the nature of the Ark gateway portal, the Covenant still begin the excavation measures.

Stay with us next week, as we take a closer look into the deceit and betrayal that would cripple an empire.

With a new site comes a new Screenshot Spotlight. Moving forward, we’ll be highlighting our favorites in the fancy new gallery you see below. 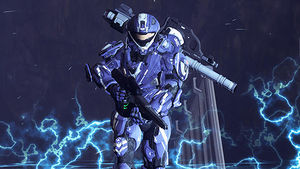 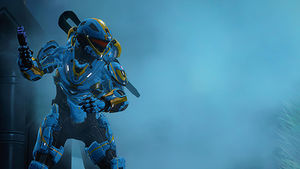 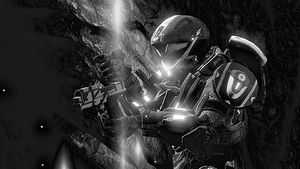 With that, this week’s Bulletin comes to a close. Stay glued to IGN.com for daily news on Halo: The Master Chief Collection.

p.s. if you missed it, we released a video detailing some of the new campaign leaderboard, rival, and scoring features included in The Master Chief Collection. Get the details here.