Between E3, RTX, San Diego Comic-Con, the launch of Halo: Spartan Assault, tournaments such as UMG and AGL and more, June and July proved to be very exciting months for Halo fans. In a few hours, it will be the 1st of August, and it appears next month will be no different. With the Halo 4 Champions Bundle, more regional tournaments, the final weeks of the Global Championship online qualifier, Gamescom qualifier, and Halo 4 Global Championship Finals, the next 30 days will be jam-packed with lots of new Halo 4 content to play and watch.

Let's check in on the status of the Global Championship online qualifier.

his week's game type for the Global Championship is Rumble Pro. We've seen quite a bit of shifting on the leaderboard, and are excited to see which competitors emerge. Here's a look at the leaderboard: 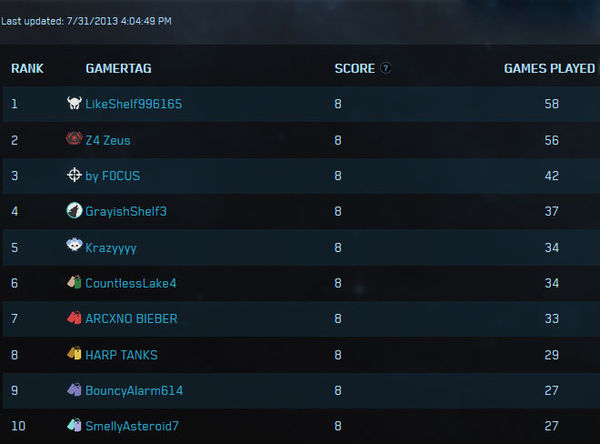 A snapshot of the week 3 leaderboard as of 4 PM PDT. Congrats to LikeShelf996165, Z4 Zeus, by F0CUS, and GrayishShelf3 for locking down the top 4 spots (for now)!

We are currently in the process of finalizing winners from the first two weeks of the online qualifier. After we verify the legitimacy of the accounts through various methods, we need to confirm the identity of the competitors to ensure that all finalists are eligible. We apologize for the delay in this announcement, and look forward to posting the final winners from these weeks as soon as possible.

We've been keeping an eye on all community feedback regarding the Halo 4 Global Championship online qualifier, and would like to remind players that we are monitoring leaderboards for players who use exploits that go against the spirit of competition - each week's final leaderboards will be evaluated and swept for cheating and exploitive behavior.

As a reminder, we've allotted each player three disconnects each week. Any player who uses these quits strategically runs the risk of lowering their score due to later disconnects. Additionally, while we have put many measures in place to create an optimal platform for competition, we are aware that online competition has many challenges. We will continue to improve our playlist and network settings as well as take our learnings forward for future competitions.

Lastly (but certainly not least-ly), we are thrilled to announce that the Halo 4 Global Championship Finals will be part of the Penny Arcade Expo (PAX Prime), and that the event will be held from August 30th - September 1st in the incredible Benaroya Hall, which looks something like this: 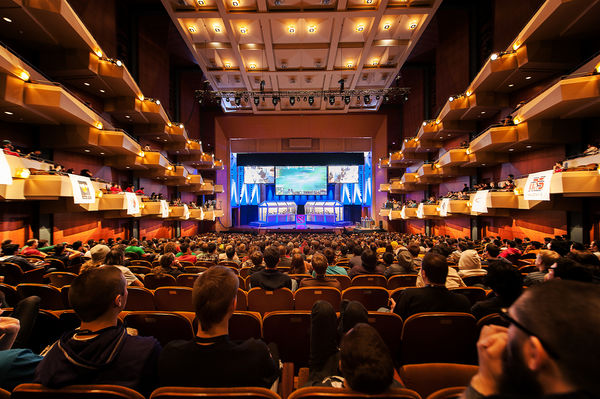 Details on how you can join us in the room or online for the live broadcast will be posted within the next few weeks. We're excited, and we hope you are too. 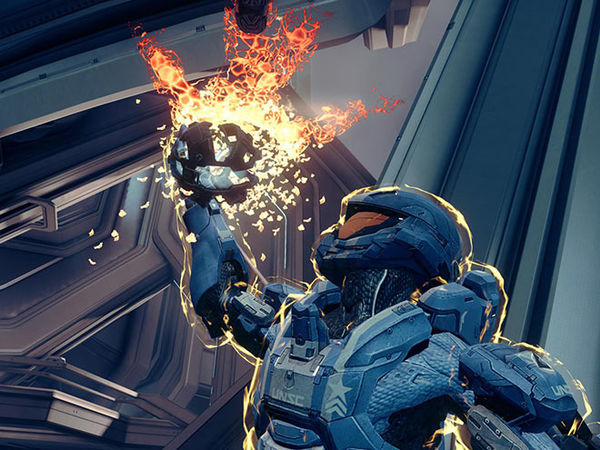 Week 4 of the Halo 4 Global Championship will have the largest variety of game types. Aptly named "Rumble Grab Bag," featured game types include UNSC, Covenant and Forerunner Slayer as well as FFA King of the Hill (KOTH) and FFA Oddball. To start, let's look at the map / game type combinations for next week:

Each of the Slayer variants will equip competitors with the corresponding precision rifle and automatic weapon in a single, preset Loadout. This is done to vary the game type from last week's Rumble Pro selection, and also because the secondary pistols for each category greatly differ from one another. Finally, offering the Assault Rifle, Storm Rifle, and Suppressor in the secondary slot creates a consistent experience across all three Slayer game types. Here are the Loadouts for each Slayer variant:

For FFA Oddball and FFA King of the Hill, we've varied the settings a bit and optimized for the Halo 4 Global Championship, with settings such as progressive Hill movement and static Oddball spawning enabled. 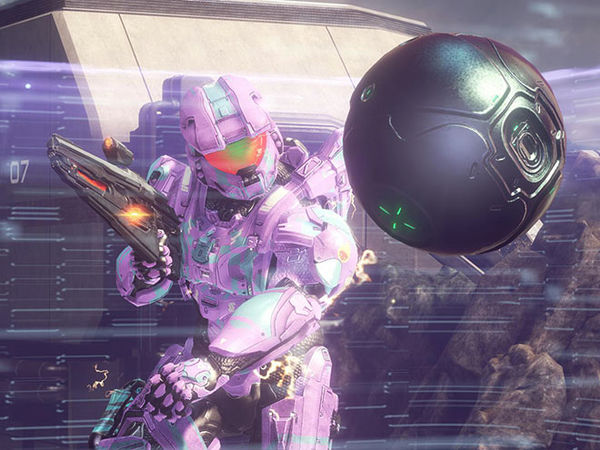 We're excited to see how competitors handle the variety of this new mix of Slayer and objective game types. With no map voting in the Global Championship playlist, we can be sure that only well-rounded players will advance through week 4. As always, best of luck to all competitors!

When we announced the Halo 4 Global Championship, we stated that some competitors would be invited to compete in the finals event. We had to jump through some additional legal hoops to announce the specifics, and are now able to share the details of the first invites.

The goal of the first group of invites is to reward top Halo 4 competitors who have performed well over the past few months at regional tournaments. We've teamed up with Arena Gaming League (AGL) to invite the following players to compete in a semi-finals bracket against other invited players. The players who emerge from the semi-finals bracket will face-off against the winners from RTX, Gamescom, and the online qualifier in the final bracket of the Halo 4 Global Championship. The winner will take home $200,000.

The players will be contacted directly in the near future. Here is the current list of players that will be receiving invites:*

After RSVP'ing, players who receive an invite will be given admission to the Halo 4 Global Championships and a spot in the semi-finals bracket. Invited players are responsible for providing their own travel and lodging, but will be given a PAX badge so that they may compete in the invite bracket. Also, we'll be keeping a very close eye on the AGL 9 tournament on August 9-11 in Atlanta, GA, so best of luck to all of the 4v4 and FFA players!

Next up, bs angel has a Screenshot Spotlight for you, and a rather Majestic one at that. I can't tell if that joke is getting old or not. Nah, probably not.

Previously, we turned the spotlight on images that would be sure to make you laugh. This week, we decided to go with a Majestic map. Take a gander at the following Landfall screenshots, and then capture your own for your chance at being featured in next week's Bulletin.

For your chance at being in the next spotlight, take a screenshot that features a Monitor. Then tag it with "Monitor" and "Halo Waypoint," and maybe, just maybe, yours will be featured in the next Halo Bulletin!