I don't know what you did last weekend but the second I saw the weather report—which predicted clear skies and temperatures in the 70s—I did what any sane person would do: I barricaded myself in the house, barred entry to any and all rays of sun, and proceeded to watch a movie in the dark and cool stillness that is my basement. It was a period piece; one that told the tale of people who lived in a mythical land, full of rolling green hills and rocks that caught the wheels of their physics-defying vehicles. They cherished their flag, protected their territory, and stood guard against invasion. Their keepers, though, after watching over them for many years, moved away, leaving their future in the hands of a new steward. Overall it had an interesting storyline, one that spoke of change and everything that comes along with that. In the end, everybody lived happily ever after, frolicking in the world they forged together, which certainly can't be said about the second movie I watched. But humans were never meant to be centipedes, right?

Anyway, I should probably stop rambling and start introducing myself, considering we'll be getting together on a regular basis now. My name is Jessica, my gamertag is bs angel, and no, those two letters do not stand for what you think they do. Unless your sweat collects in the same place mine does. Then they totally stand for what you think they do. And, just to be super clear, I am not Frankie. I don't look like Frankie, I don't write like Frankie, and I certainly don't draw like Frankie. The good news is that I smell like Frankie, and that's because of a metabolite called methanethiol. Yeah, don't ask. But enough about me. Let's talk about teh Haloz!

Last week we grabbed our Target Locator, loaded it up with some explosive news, and selected E3 as the final destination. If you missed the drop, go ahead and spend a few minutes getting caught up. Don't worry, we'll wait for your return. 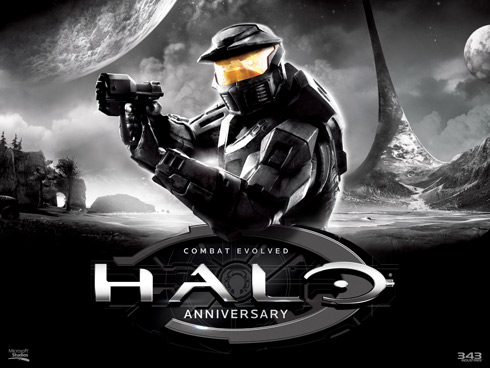 Halo : Anniversary Trailer
Check out the trailer for the long-anticipated return of Halo: Combat Evolved. 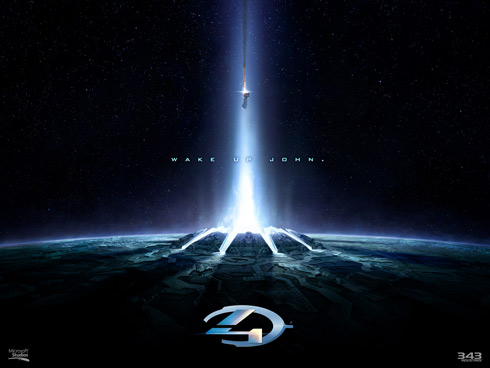 Halo 4 Teaser
Get a sneak peek at the next installment in the Halo series.

Halo Anniversary Exclusive
Get an exclusive look at the future of Halo from 343 Industries.

Ok, we didn't really wait but seriously, you took entirely too long. I could have crouch walked across Containment and back, and you still wouldn't have been done. While you were busy exhausting the replay button on the videos, we started reading Frank's wrap-up of his experiences at E3. To be honest, you probably should have skipped this paragraph and went straight to his recap. Yet here you are, still poring over my inane drivel. You'll never get that two minutes of your life back. Just fyi.

From the mandibles of Frank-

According to a certain text message Mr. David Ellis received, Frank saw a little more than he's letting on. But that's a story for another day because, during my travels through the tangled tubes of the Internet, I managed to gather up the impressions of journalists and fans alike as it relates to Halo: Anniversary. Here's a spattering of tasty tidbits that I collected in my virtual basket.

From the mandibles of Others-

People didn't just state their opinions, though. They also presented a plethora of questions. In an effort to maintain a thin veil of secrecy, here are the top three questions I won't be answering in this installment of the Halo Bulletin.

In the Halo 4 teaser, is there a Pistol in Master Chief's pocket, or is he happy to see me?

Do you think we'll get any matchmaking updates after July?

I was going to share the wise words of my Magic 8 Ball ("He's excited to be back," "Unfinished game is unfinished," and "Signs point to yes"), but that would defeat the purpose of not answering questions. So, tight-lipped I will remain. And wondering you will be. Unless reading between the lines you do. For the record, I just went back and inserted lines to make that a true statement. Yup, I am that dedicated. Only because it didn't make me sweat, mind you.

Speaking of sweat (Oh hai, nonsensical segue!), Halo Fest—our upcoming bash commemorating ten years of Halo—will be a great opportunity for you to get down and dirty with Halo: Anniversary. While I'll get to the specifics in a few minutes, one tiny morsel is simply too delicious to sit on. We recently asked for your feedback about what you wanted to see, and after watching this particular item rise to the top of the list, we finally sealed the deal. Something special this way comes but what is it, you ask? Here's a clue: In the game it may not beat everything, but in real life I'm pretty sure it does. Buckle up because if you plan on attending Halo Fest, chances are you're going to see a full-size, real-life Warthog, made by the wicked awesome folks over at Weta! 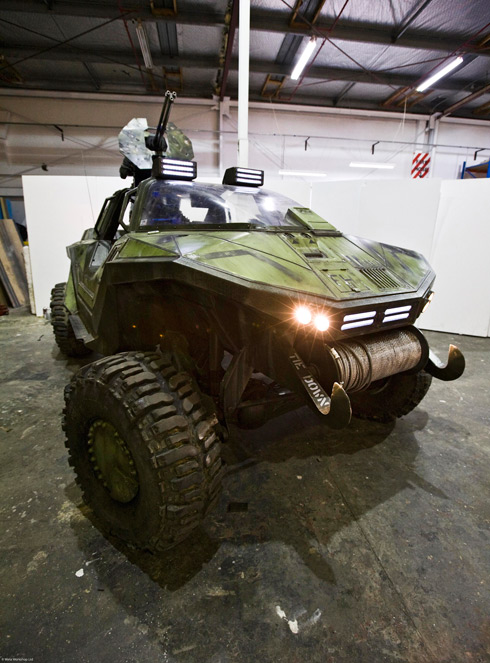 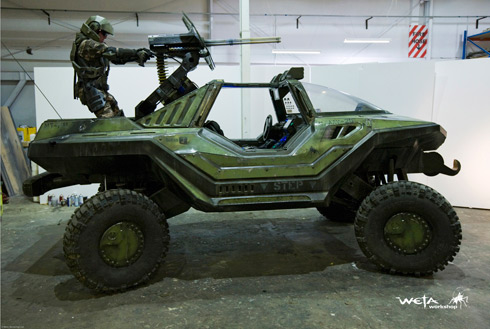 After hearing stories about my tendency to splatter teammates, they added a clause to the contract saying I'm not allowed to drive it. I do, however, have permission to cuddle this guy. Still a prototype, yet to reach a final state, existing only in sample form, not intended for human consumption, and every other caveat you could possible contrive, the cuteness of the Grunt plushie needs to be immediately ingested by your eyeballs. Please say hello to my little friend.

See, I told you he was teeny tiny! While the Weta Warthog alone is enough to satiate many fans' thirst for Halo awesomeness, there will be so many other incredible things waiting for you at Halo Fest. You'll be able to play Halo: Anniversary, relive your favorite moments from the first ten years of Halo, compete in tournaments and contests, and get your hands on exclusive Halo Fest merchandise. You'll even have the chance to meet game developers, authors, and other special guests from the Halo universe while attending panels about Halo: Anniversary, Halo 4, Rooster Teeth and more. My brain just exploded from writing all of that, so I while I go clean up the mess, I'll let you figure out how you're going to get to the Penny Arcade Expo—the event that plays host to our festivities—in August. Don't let the fact that it's sold out scare you. Where there's a will, there's a way…

PS: You didn't really think I would leave you hanging with the Grunt plushie, did you? For the record, I wanted to, but Frankie yelled at me. Something about how I was supposed to be nicerer. Hmph. 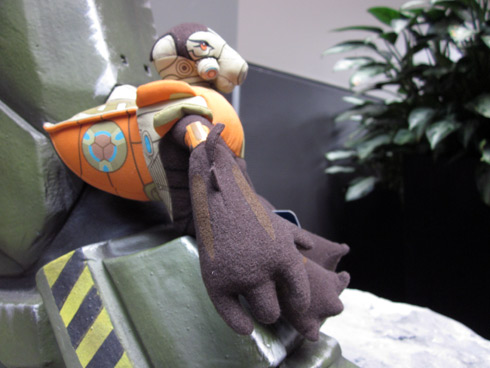