It’s no longer hot in herre[modifier] 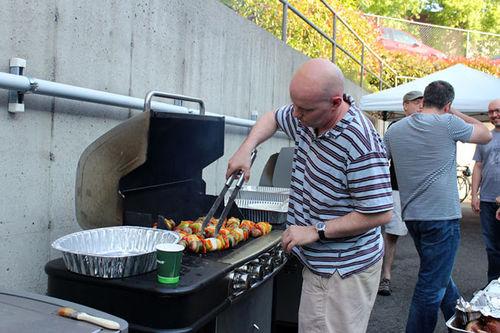 Last week, while the mercury in the thermometer soared, we huddled up to our computers and crunched away, battling our way through both heat and producer-driven deliverables. This week the sweltering conditions may have subsided but we continue to crunch, keeping our laser-like focus on the quickly approaching finish line.

With less than 80 days until launch, the various teams across the studio find themselves at different stages of completion. Animation is wrapping things up, working only on the occasional misplaced pinkie. Localization is in a similar state as they drop in the last of their multilingual text strings. Some parts of the game are (for all intents and purposes) complete, such as audio and achievements. We’re going to touch on both today, so let’s cut the chit-chat and dive into the first of the aforementioned alliterative subject matters, shall we?

Halo is defined by a lot of things. It's defined by the stories of the universe, by the quality and immersion of the graphics, by the constituents of the community that play, share, compete and create in the Halo sandbox, but to me, one of the most memorably definitive aspects of the game is and always has been the music.

We've talked a lot about the transition between Marty O'Donnell's unforgettably inspiring and foundational music - and the new, radically different approach being taken by our new composer, Neil Davidge.

Both envelop and engage the player, grounding him or her in a universe and an atmosphere quite unlike any other game series. Both use large orchestras, traditional movie score elements at times – and both explore other genres and styles within those areas. But Marty’s scores lean towards cinematic, orchestral, occasionally metallic, whereas Neil’s skillset leans more towards electronica, at least in terms of instrumentation. It’s not an apple to orange comparison, but they’re different enough to feel distinct stylistically, even to someone who’s never heard either artist before.

I am certain that when the game ships in November, the comparisons and contrasts between old and new Halo music will have huge energy, passion, and opinion fueling them. But there's something else we've been working on as a creative outgrowth of the game soundtrack.

Neil Davidge is a pretty legendary figure in the electronic music scene, not just for his work with Massive Attack but also for his compositions and collaborations with other digital and traditional artists. So when Neil approached us with the idea of working with other famous electronic musicians, DJs, and composers to create a completely unique collection of remixes and directly inspired re-imaginings of some of the game's new themes, we jumped at the chance.

These remixes won't be appearing on the main soundtrack disc - we felt that the entire purpose of an Original Soundtrack is to capture the feel, the atmosphere, and the moment-to-moment feelings of the game itself, so the OST disc will remain entirely devoted to the main game themes and tracks (including some truly incredible supplemental themes from our own in-house composer Kazuma Jinnouchi).

So just to make sure it’s perfectly clear – the OST, the Original Soundtrack, will be presented just like a movie soundtrack and stand alone, on its own disc. It will be replete with soaring themes, inspirational tracks, emotionally compelling melodies and a soundscape we are genuinely excited about.

But we wanted to do something more. Something experimental and cutting edge and extraordinarily awesome.

Here in the studio, we have a seriously eclectic mix of music fans, as well as music creators and even a DJ or two. So while the focus on the remixes is largely electronic in nature, there are a couple of very different pieces to reflect that variety of taste and technique.

As part of this process I've had the personal pleasure of being introduced to new (to me) artists and new musicians through their work, partly in research for the project but increasingly for my own listening pleasure.

I distinctly remember the two most surprising tracks to arrive - Haven by Hundred Waters and The Beauty of Cortana by Apocalyptica. The former, because it's the first actual Halo “gots its own lyrics” song. It's a haunting, poetic piece of music, but the lyrics, in the context of some of the games events are genuinely moving. And Apolcalyptica's because it's a crazy Finnish mashup of chamber music, Halo, and very heavy metal. Those are my personal standouts – each has their own charismatic appeal, and yet they still fit the overall theme – of the Halo sounds and movements that tie this disc together.

This remix project is very strictly built from Halo 4. The majority of the tracks are straight up remixes of the game’s epic soundtrack and range in scope from chill or trance to radically rethought deconstructions of our compositions. But all of them are built directly on Halo 4 DNA, assets, instruments, and melodies.

This is a version of the soundtrack you can safely have in your car's CD player so that when you forget it's there, you don't blast your new date in the face with an especially bombastic sci-fi orchestra piece. Instead, you're playing something that could be (and in fact has already been, in most cases) slipped into a set by a cutting edge DJ.

I don’t ever want people to think we’re apologizing for video game music. We’re incredibly lucky to have Halo’s musical legacy. In some ways it’s a harder challenge to write great game music than even a movie score –it has to achieve all the same emotional resonance but also has to adapt to constantly shifting pace, cadence and play styles. It’s a technological and interactive challenge on top of the traditional artistic one.

But this remix effort – this is a push into a space where games typically don’t go. One of my favorite “game” soundtracks of all time is the epic box set of Grand Theft Auto Vice City, with its absolutely essential collection of 80s hits – but that could happily exist outside of a gaming universe – and indeed does, as it’s constantly on my main playlists. In that regard our remix project achieves a lot of that same multipurpose playability, but also embraces the specifics of our game music and reinterprets it in imaginative, inspirational, and thrilling ways. Oh, and one other thing that’s vitally important to us and to Neil and to the soul of this effort - all of the artists are actually gamers and Halo fans themselves. You can feel it in every beat.

The remix disc won't be for everyone, but I think there’s actually something really approachable about this – and it does one of my favorite things – it lets me hear nuance and detail and layers that I never caught in the original tracks the first time around. It takes you on surprising detours, teaching you about musical genres and subgenres that you maybe never thought to explore. It’s instructive, it’s informative, and it’s didactic.

A summary of the Halo 4 soundtrack offerings is as follows:

Available for standalone purchase of $13.98 (U.S. ERP), the Halo 4 Original Soundtrack features 15 themes from award-winning producer Neil Davidge, co-writer and producer of the pioneering trip hop group Massive Attack. Working in collaboration with 343 Industries, Davidge and his production team enlisted a 16-person hand-picked male tenor / bass choir plus 10 females from the London Bulgarian Choir, a full 50 piece orchestra, and a whole host of other performers to bring the music of Halo 4 to life. Those who purchase a physical copy of the Original Soundtrack will receive a free download voucher for three exclusive remix tracks and three additional Davidge tracks not included on the soundtrack but featured in the Halo 4 game. These game pieces will not be available on any other platform other than through the physical CD purchase.

Gamerscore, and collecting the breadcrumb-like achievements that augment that magical number, has evolved into an integral part of gaming. Developing and designing these game-specific challenges might seem simple but is quite a bit more complex once you begin digging into the psychology of a gamer.

Our primary goal when creating Halo 4’s achievements was to reward milestones and increase replay value while balancing both difficulty and the breadth of game modes. Our secondary goal was to live up to Halo tradition with weird ass names for some of them (hello, The Dongblainer!). While you will only be able to speculate on the exact nature of some of these achievements, here’s a peek at their very basic in-game descriptions.

WARNING: Players looking to avoid spoilers should not read the following list of achievements. Players that didn’t bat an eye when ----- killed ---------- (Ed: Naughty!) should proceed. 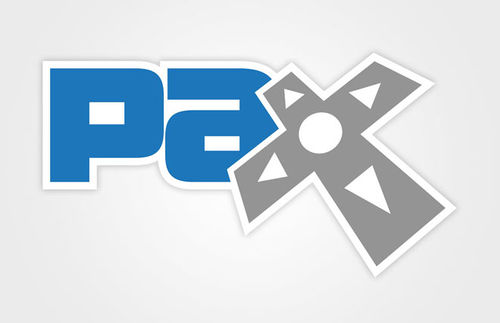 According to their website, PAX Prime is a little over eight days away. That means those of us tasked with preparing the relevant Halo 4 builds and assets have approximately one week to put the finishing touches on any videos, a new map, and an already-announced-but-not-yet-played-but-will-be-playable game type that may or may not be making an appearance at this event.

While the previous paragraph may have been lacking in specifics, I have one thing to make up for that, and that’s information about our panel.


With just a few weeks before Halo 4 launches, and the long awaited return of iconic hero, the Master Chief, 343 Industries will present a look at the evolution of a beloved franchise and the challenges and opportunities in rebuilding a familiar and beloved world. Join the storytellers, artists, and designers of Halo 4 as they show off some of that evolution and reveal even more secrets and features of the weapons, vehicles, gameplay, and characters that you’ll see when the Master Chief returns.

Our bodies are ready. Is yours?

Custom Challenge of the Week[modifier] 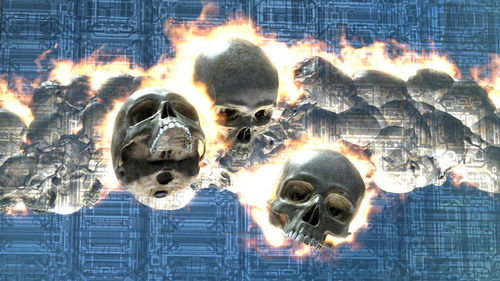 Skulls are difficulty-multipliers that affect gameplay in unique ways. Should you enjoy adding such excitement to your Halo: Reach Campaign experience, this week’s Custom Challenge is for you. To participate, set up a Custom Challenge with your favorite skulls selected under Constraints. Then, upon successful completion of the challenge, the usual credit-based reward will be multiplied based on how many skulls you turned on. This challenge will be active from now until next Tuesday at 11:59 p.m. Pacific Time. 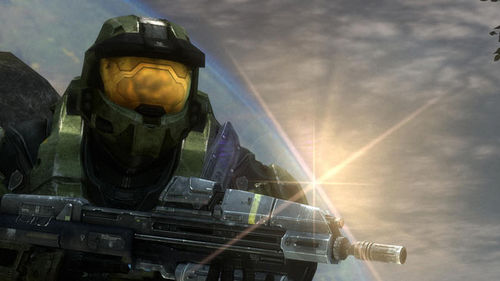 If Campaign is not your thing but competitive Multiplayer is, fret not because this weekend’s Super Jackpot festivities will scratch that itch. For your chance at winning the jackpot, hop into The Arena Friday, Saturday, or Sunday when every game you complete in that particular playlist will give you a chance to win a 39,000-credit bonus.

And with that, another Bulletin comes to a close. Thank you, as always, for spending a small part of your day with me. I appreciate it…more than you know.