Valentine's Day is this Friday, so I'm starting this Bulletin with a friendly reminder to all who are reading and may have entirely forgotten about the holiday (as I know from personal experience that playing copious amounts of Halo can sometimes cause one to forget about birthdays, anniversaries, and especially Valentine's Day). As the author of the weekly update, I recognize the responsibility that is bestowed upon me to notify you of this sometimes-important holiday. To help get you in the mood (not like that, stop it), we've prepared a Valentine's Day survival kit, complete with community-created Halo-themed valentines and a special edition Screenshot Spotlight. We have not, however, included chocolates, flowers, or dinner reservations - you'll need to get those on your own. 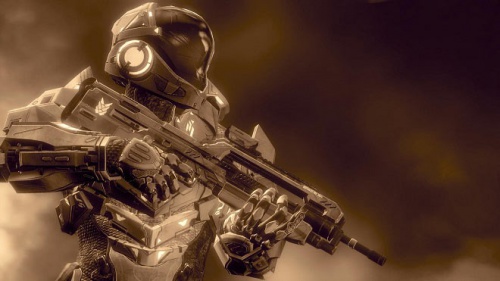 This coming Monday, something "big" is on the way: our next featured playlist, Big Rumble. The playlist offers action-packed 12-player Free-for-All for the first time in Halo 4 Matchmaking, and will be available until March 3rd. Gameplay will take place on larger maps, and all DLC from the Crimson and Castle map packs will be included in the voting options. The full list of game types are as follows.

As you can see above, thanks to your community votes, the playlist will be the first to feature one of Halo 4 Matchmaking's newest game types: Quick Draw!

A true test of the trigger, Quick Draw equips players with Magnums, Frag Grenades, and the Dexterity Support Upgrade. If you think you've got the fastest pistol in Matchmaking, hop into the playlist to join the action. You should also hope that you don't run into bs angel in Quick Draw, because she's been mercilessly beating everyone in our playlab. I call hackz.

Additionally, we'll be slightly modifying the join-in-progress parameters for several playlists and game types come Monday. These updated parameters should provide for more optimal join-in-progress scenarios in Halo 4 Matchmaking. We thank you for your feedback, which has led to the newly optimized settings.

Last week, we told you we were looking for your best Halo-themed valentines. We knew we could count on you, and you didn't disappoint! If one of them seems suitable for your special someone, you may want to print it out and write a lovely note to accompany it ... or you may just want to steal the line and use it as if it was your own. Either way, if that someone knows what you're talking about, you've probably got a keeper. Without further delay, here are this year's community valentines, including one from us. 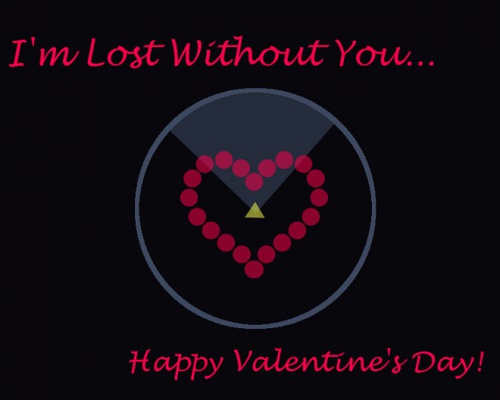 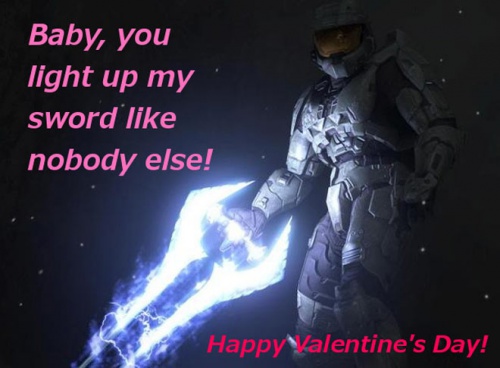 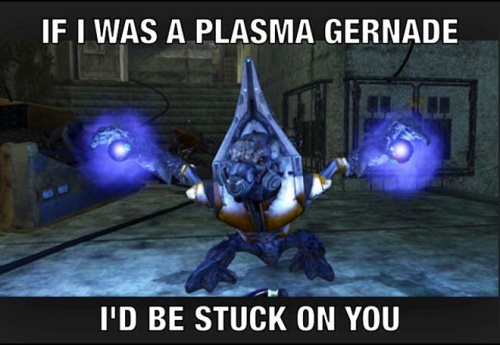 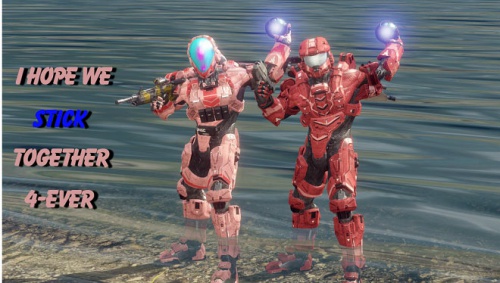 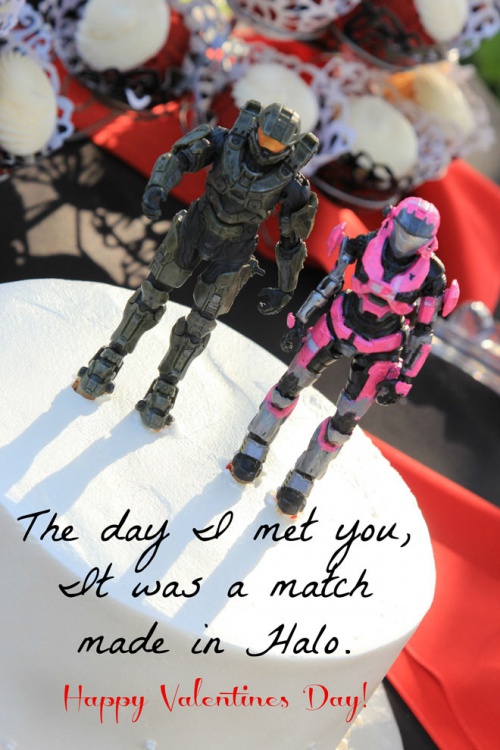 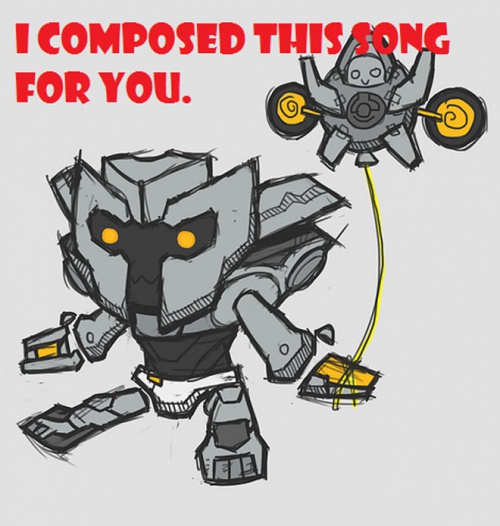 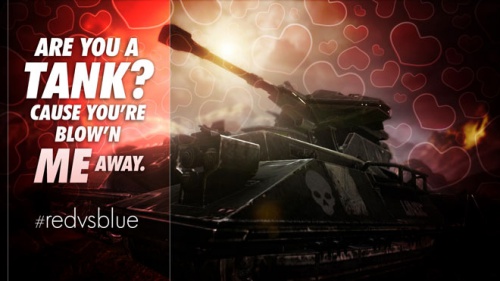 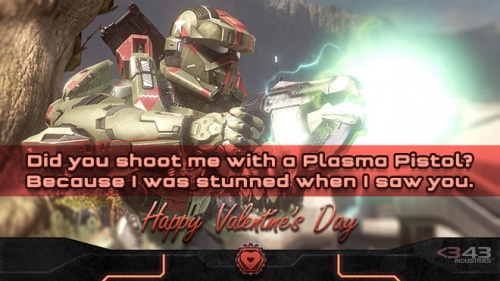 We hope that the above valentines prove useful this Friday. If you submitted a valentine, check your email inbox as you may have received a little something to thank you for your contribution. If we don't talk to you before then, Happy Valentine's Day, everyone. We kind of sort of love you.

Last week, we previewed the Gamers for Giving charity tournament, and this past weekend I flew over to Michigan, where they've had too much snowfall and it's entirely too cold. Luckily, the snow slowed down a bit for the weekend, and hundreds of gamers from the Midwest were able to make their way to Eastern Michigan University to compete in a variety of games while contributing to a great cause. For the past few years, Gamers for Giving has been an awesome gathering of Midwest Halo players, and it's safe to say that this year was no exception. From well-known players like Walshy and Strongside to dozens of eager competitors, the event was packed with top talent and energy for Halo 4.

The Halo 4 action kicked off with some major upsets, as professional players dropped games to up-and-coming amateur players and new names rose to the top. Halfway throughout the tournament, I started to hear murmurings about a team that hadn't lost a game yet. That team was VwS Cryptic, a group of emerging players who made their mark on competitive Halo this weekend with a first-place victory, taking down several more decorated and veteran rosters along the way.

After the event, I had a chance to meet the team and set up an interview. I was among the many who watched this weekend and were curious about who the players on this team were and exactly how they managed to kick so much ass. Read below to learn a bit about their history and get to know the players.

Hey, guys! Congrats on the big win this weekend, and thanks so much for joining me today. Tell me, did you guys come into the tournament expecting to take first place?

Sargoth: Thank you, Bravo! We put in a lot of practice for this event and we knew, considering how we were playing online and meshing together, that we were gonna win the way we did.

Tragic: We expected to take first, you have to come into every tourney expecting to take first. Taking it in the way we did was definitely amazing.

WinntuR: We were one of the few teams that were willing to put a lot of practice going into the tournament. With our practice and experience as a team, we thought we had a solid chance of taking it all. 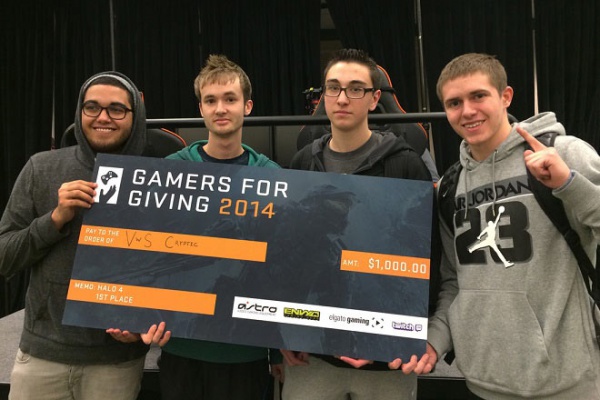 One of the coolest things about this weekend was the fact that I had never seen your team play together before. For those out there who haven't seen you guys play before, tell us a little bit about when and how you got into playing Halo competitively.

Sargoth: I started playing Halo at a pretty young age when tournaments were starting to get big. There was a local MLG event and I decided to go and loved every second of it!

WinntuR: My first time competing was in Halo: Reach at Columbus 2012 where I placed 17th. It was a great experience from a competitive aspect. I then continued to compete in small Halo 4 tournaments and really enjoyed the competition.

Svspector: My Halo career started toward the end Halo 3, and I mainly played the MLG Playlist. I started to get competitive with Halo toward the middle of Reach, however I didn't go to my first tournament until Halo 4.

Tragic: I've been gaming competitively since the middle of Reach. I was solid but never really put the time into it or went to tournaments. The first tournament I attended was AGL Chicago and I think my performance stood out, which helped me get onto better teams.

Before we get into the tournament itself, how did you guys come to team up with each other, and what advice would you give to skilled players who might be looking for teams but not know where to start?

Sargoth: My advice to other gamers is to just be humble to everyone you come across. You never know who will shine at the next tournament!

Svspector: WinntuR, Tragic, and I have gone to previous Halo 4 tournaments as a team, however our original fourth teammate (Nemassist) couldn't make this event. We were running games with some other players, but nothing really clicked until we picked up Sargoth.

WinntuR: We've all been a part of many different teams. Eventually, when you come upon three other solid players, it's important to realize that you may not immediately be the best team out there. However, if you can stick it out with the same players and put in the practice, the team will learn to play together, and everyone will benefit.

Tragic: Look for four players who are willing to put the time and effort into getting better as a team. It takes a lot of patience to find a good team, but once you've got the right group of players, it's worth it.

Moving onto Gamers for Giving, I believe you guys only dropped two games the entire tournament. To what would you attribute the dominance?

Tragic: Honestly, we didn't plan on losing at all because we had that much confidence in each other. We knew coming into the event our teamwork was unreal and we had the individual skill to match it. The only games we lost were two Simplex games due to map control.

WinntuR: Coming into the tournament, we actually weren't very confident in Slayer game types but we also knew we had teamwork that not all teams can match. The Simplex games that we did lose were really close games, and minor mistakes ended up costing us those few games.

What would you say some of your best or favorite game types were this weekend?

Tragic: Unfortunately, both of our favorite game types (Dispatch CTF and Adrift CTF) got taken out. [Laughs.] The game type I enjoyed most would have to be Onyx CTF.

Sargoth: Onyx Slayer and Haven Extraction were my personal favorite game types to play with this team.

WinntuR: We were just overall confident in our objective gameplay on all maps.

Tragic: Honestly, we just da best at all the game types. #cryptic [Laughs.] 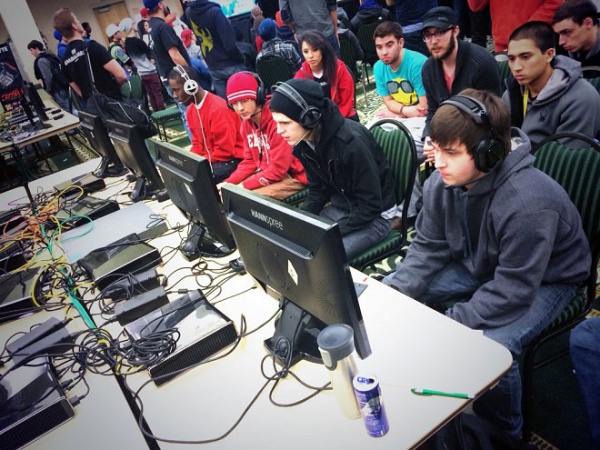 Outside of competitive multiplayer itself, what are some of your favorite things about Halo?

Tragic: I would say traveling and all the awesome people I've met.

Svspector: For me, it would have to be the tournaments. It's amazing being able to see all the people you talk to online in real life, but also being able to travel around the world to do something you love.

Tragic: This year's Gamers for Giving was the most fun I've had at a tournament so far. I love this team!

WinntuR: Meeting new people who can't spell, like my teammates. You should see the un-spellchecked version of this interview.

Sargoth: [Laughs.] I've met my closest friends at Halo events, and it has changed my life in ways I can't even explain.

Tragic: Bravo, can I ask you a question?

But of course! Nobody ever asks me questions. Shoot!

Tragic: You would be my hero if you grow your hair out again. Can you do that for me?

[Laughs.] Would doing so really make me your hero?

Then you got it.

WinntuR: While we're off topic ... to be honest, I really want to compete in Peggle.

Peggle was pretty incredible this weekend. Who's the best Peggler on the team?

Thanks again for joining me, guys, and also for contributing to Gamers for Giving this weekend. We all had a blast watching you play. Congrats again on winning the tournament, and enjoy your Deadeye helmet and FOTUS armor!

Sargoth: No problem, Bravo. Thank you so much for taking your time to be with us!

Tragic: Thank you! It was a blast competing this weekend.

Svspector: Thanks for having us here, Bravo. It was fantastic being able to support GFG and everything that they do while playing the game that we love!

WinntuR: Had an amazing time this weekend, the event was run very well. Thanks for having us!

If you'd like to catch a rebroadcast of the tournament finals, check out the video on demand here. Next up, bs angel has selected some of her favorite screenshots which also happen to be rather appropriate for this week.

Last week, we turned the spotlight on heavy vehicles. This week, we decided to go with something a little more romantic. Take a gander at the following love-themed screenshots, and maybe even find inspiration to make your own.

For your chance at being in the next spotlight, take a screenshot of a pistol and then tag it with "Magnum" and "Halo Waypoint", and maybe, just maybe, yours will be featured in the next Halo Bulletin! 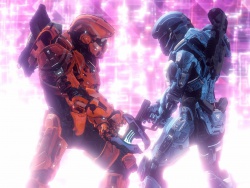 And with that, this week's Bulletin comes to a close.