The days before major gaming industry events are, in many ways, totally insane. As we prepare to show you new things, last-minute finishing touches are made with extreme care and caution. Teams of 343’ers stand huddled around one another’s desks, determining which images, scenes, and features will be shown for the first time. We argue over typefaces and screenshots, add last-minute reveals, and reiterate until we’ve got something great to share with all of you. Up until the last minute, we’re continually asking ourselves about the best ways to show you the new experiences that lie ahead.

This year’s preparation for the world famous San Diego Comic-Con was no exception. After countless discussions, debates, and late nights at the studio, we’ve determined how we’ll start to tell you the story of Halo: Nightfall, and what new information we’ll reveal for Halo: The Master Chief Collection. Starting in less than 12 hours, you’ll be able join us at the Halo: Nightfall Panel at SDCC, where Kiki, Frank, and cast and crew from the live-action digital series will prepare you for what’s coming this fall. In the event that you missed us last week, here are the details for our SDCC panels.

If you missed yesterday’s Halo: Nightfall announcement, head here! In the likely event that you just can’t get enough, we’ve created some new HD desktop wallpapers for you - grab ‘em below! 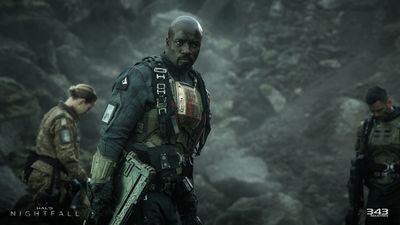 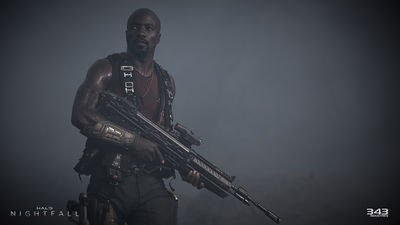 Additionally, as I mentioned above, we’ll have another look at Halo: The Master Chief Collection at SDCC. This panel will very much be a “part two” in the series, building upon some of the details that were announced at our RTX panel.

If you’d like to catch and check out the RTX Panel where we discuss Halo: The Master Chief Collection and Halo 2: Anniversary, head over here.

Additionally, if you’ll be in San Diego with us, you may want to check out some of the awesome Halo stuff going down on the show floor. Here’s a handy list of booths and places you’ll want to visit over the course of the weekend:

If you can’t make the journey to SDCC, we understand, and are here to help. We’ll be uploading our panels to our official YouTube channel over the weekend, and we’ll also have some contests and promotions on Twitter, Instagram, and Facebook. Prizes for this weekend’s giveaways will include figures from Bandai SprüKits, McFarlane, and more!

The eighth issue of Halo: Escalation is now available! If you aren’t caught up just yet, beware, as spoilers lie ahead. Read below for a preview of what’s coming in this issue:

The Master Chief returns in “The Next 72 Hours: Part 1.” After defeating the Didact, John-117 joined the crew of Infinity…but why did he leave? The mystery begins here.

If you’d like to get a sneak peek at this issue, head here, where you can read the first six pages. Then, come back here, ‘cause we’ve got an exclusive interview with lead writer Brian Reed - check it out below for some insight into his background and the joy of getting paid to make-believe.

Question: You’ve written a lot of different comics for well-known and established characters. What’s the best and worst thing about writing into existing canon and story?

Answer: The best is also the worst (although “worst” is a strong word here. It’s more “tough”) – With established canon, you have a lot of history to help hang your new story on. The trick is in making that history accessible for new readers while not boring longtime fans.

Q: If you could write a story for any character (real or imaginary) who would you want to write for?

A: At this point I’ve written for all the established characters I’ve set out to write. From Spider-Man to Master Chief, I’ve had the good fortune to make a living hanging out with the fictional characters I enjoy.

Q: What are your thoughts on Fan Fiction?

A: It’s an awesome display of affection by fans for the characters they love and sometimes a great font of excellent new writers.

Q: Do you ever read some of the things fans write for Master Chief?

A: I don’t, but it’s entirely for legal reasons. I just can’t have any non-343 generated ideas knocking around in my head.

Q: What’s your favorite thing about being able to write for Halo?

A: That I get to write Halo! In all seriousness, I get to spend my days playing make-believe and getting paid for it. That’s pretty hard to complain about.

Q: If you could have Master Chief fight anyone from anything ever - what would you have him go up against?

A: Master Chief really needs an opportunity to punch a t-rex at some point.

A: I don’t imagine a “win” scenario so much as “tame the t-rex to be his trusty steed and then they go on adventures together.”

We’d like to thank Brian for joining us this week, and also for the sudden inspiration for the below poster… 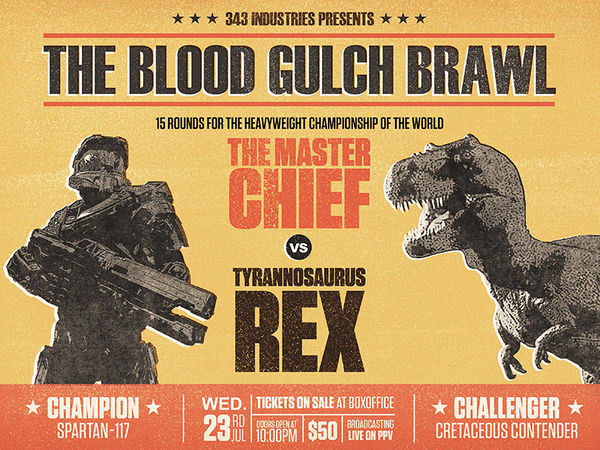 Nearly one year ago, Aaron “ACE” Elam became a world champion, and took home the $200,000 first-place prize at the Halo 4 Global Championship. Shortly after, we’re told, he set out to create a gameplay montage with famed editor Snipetality, and after what we can only assume has been hours upon hours of work, we were presented with an impeccable display of Halo talent and entertainment.

Premiering just days ago, ACE’s montage is one for the history books - a piece of competitive Halo history that will undoubtedly be shelved next to the likes of Walshy’s 2nd Halo 2 montage, the Str8 Ripppin Halo 3 montage, and others. As expected, the quality of the gameplay is faultless, especially when you consider the talent he’s playing against in each match.

Last week, we turned the spotlight on Quarterbacks. Take a gander at the following Suppressor screenshots, and maybe even find inspiration to make your own.

For your chance at being in the next spotlight, take a screenshot of your favorite multiplayer map and tag it with “landscape” and “Halo Waypoint,” and maybe, just maybe, yours will be featured in the next Halo Bulletin!

And with that, this week’s Bulletin comes to a close.

We’ll see you at Comic-Con!