As I sit here with my pen and paper at 3 a.m. on a Wednesday morning, I realize several things. The first of these is that in just two days, Xbox One will be released, which likely also means that I will no longer be getting much work done. If you're on Twitter, please tweet @bsangel and let her know that I probably won't be at work Friday, or possibly next week at all. I then realized that the only reason I was able to complete this week's Bulletin is that Xbox One is not out yet. This and my likely absence makes me somewhat (read: extremely) worried for next week's Bulletin, but we'll worry about that later. Thirdly, I realized I should probably replace this pen and paper and start writing my Bulletins on a computer, or at the very least, a typewriter.

While some of the above may be slightly exaggerated, I speak for the entire team when I say that we're unbelievably excited about the launch of Xbox One. Looking at the lifespans of past consoles, it's incredible to think about what journeys lie ahead for our studio and the Halo franchise. We hope you enjoy your experiences with Xbox One this weekend and beyond, and also hope that you'll join us for all that's to come.

Luckily, our Matchmaking team doesn't have their Xbox One consoles yet either, so they've been hard at work on Monday's update. This said, I don't know how much hope we have for Matchmaking updates through the rest of the year, but at least we've got one coming this Monday. I think. Let's go check.

This coming Monday we've got a whole bunch of new stuff coming to Halo 4 Matchmaking across several playlists. Let's get into the details!

The Grifball playlist is receiving an extensive refresh, with current game types receiving updates as well as new game types and maps being added to the playlist's voting options. We've worked closely with GrifballHub on the specifics of this update so I figured it would be appropriate to give them the floor. Below, Kalbelgarion and NOKYARD from GrifballHub detail what's included in Monday's update.

Hey, everyone! Kalbelgarion and NOKYARD here. The Grifball Playlist is receiving a substantial update to bring it in line with the latest-and-greatest GrifballHub league settings, so get ready to smash enemies and score goals in exciting new ways!

Orange is the new Orange
Over the years Grif has seen many color variations, from white to yellow to a very pale yellow. From this point forward, Grif will have his very own hue of orange across all game types.

Grifball & Grifball Pro
Grifball will now occupy slot #1 in the voting options, with Grifball Pro available in slot #2. Both variants have been updated to match the settings of GrifballHub's recreational Grifball league. Grif's movement speed has been notched up from 170% to 180% to counter the Mobility Tactical Package, which has been added to all variants - this means you will no longer run out of steam while chasing the ball runner. Shields have also been removed from Base Player Traits to bring the variant in line with all previous versions of Grifball.

The Courts
The following maps are returning and have been updated with fresh new looks: Primordial, Termitarium, Hangar 101, and Thin Ice. Additionally, an all new Sarge's Lab has been constructed to bring it to standard size in order to rectify the lighting issues of the previous iteration. All new and returning courts will feature a "Ball Cage" which locks the ball in place for a more controlled tip-off, and all courts have been setup for the new Ricochet versions of Grifball. 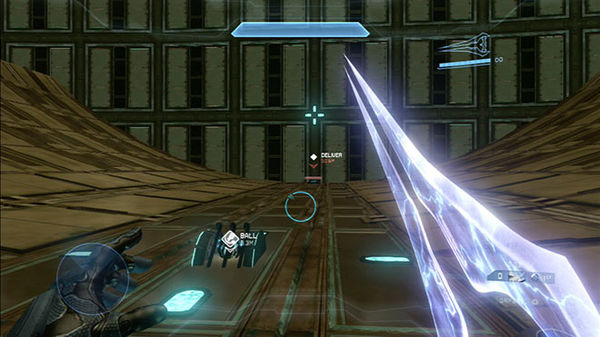 The new Ball Cage on aquaduct by killenjoke 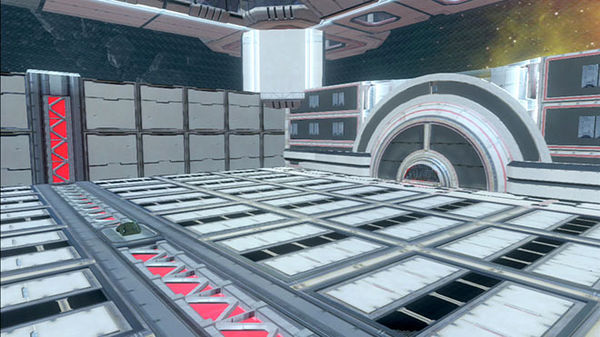 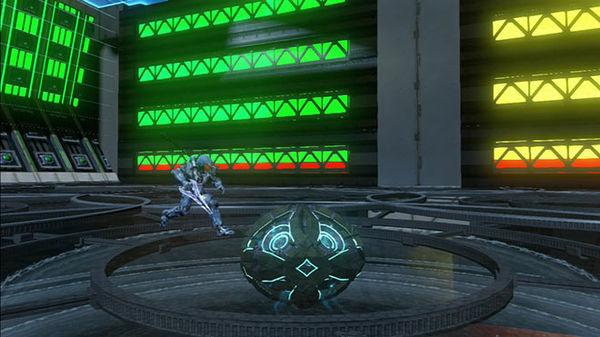 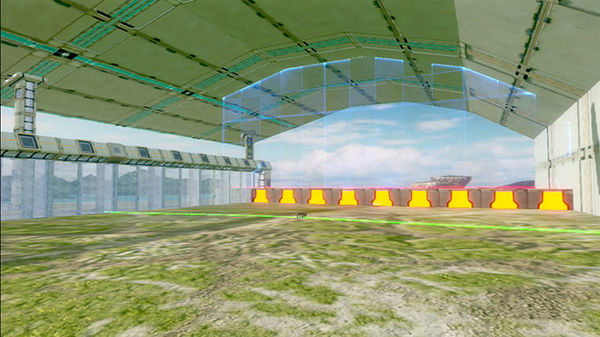 What the Grif, presented to the Grifball team "What the Grif" for their RTX Booth contribution 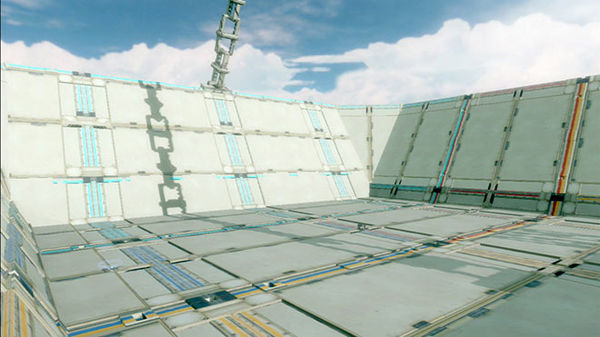 Grifball Dash & AGLA Grifball
An old favorite returning from the past: Grifball Dash is back! This fast-paced Grifball variant from Halo: Reach is making a return in the third voting slot. In place of the Evade Armor Ability, you now use your Thruster Pack to swoop by your enemies, steal the ball, and rocket in for a score!

Grifball Dash will be available on three new courts which are considerably larger than the standard court to accommodate the increased player movement speed. 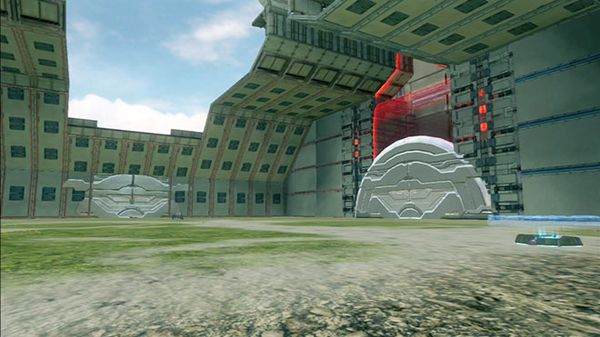 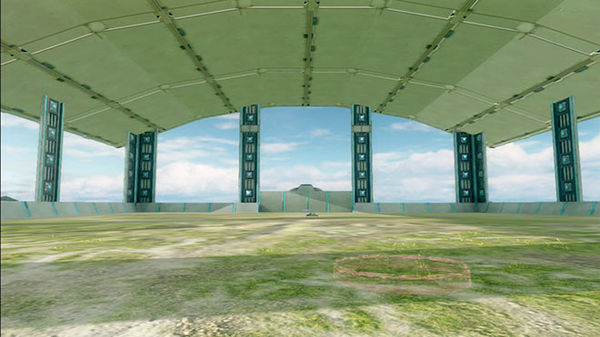 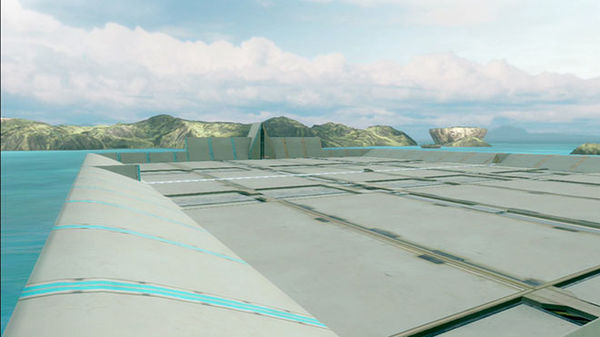 Nakuru Field and Successor may appear dangerously open at first, but they are fully enclosed using Forge tricks such as Gravity Volumes for walls and invisible ceilings.

The alternate Voting Slot #3 offering is AGLA Grifball, which is based on the official game variant used by the competitive league at GrifballHub. 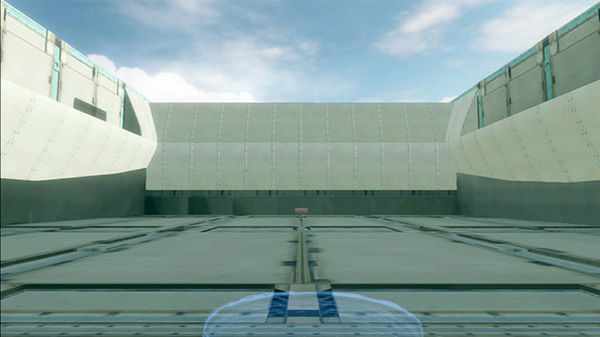 If you want even more Grifball action, be sure to stop by GrifballHub. League signups are open from November 22 to November 29!

Big thanks to Kalbelgarion, NOKYARD and others at GrifballHub for their work and assistance over the past few weeks in planning this Grifball update. We're super excited to be delivering these new maps and game types, and hope that all of you Grifballers are equally excited to hop into the playlist and get hammered come Monday.

Dominion is coming back as our featured playlist! It will be available in Halo 4 Matchmaking from November 25th through December 9th. The playlist will feature three total voting options: Dominion, Lockdown, and this week's Community Choice Poll winner, Legendary Dominion. Dominion will occupy the first voting slot, Lockdown the second, and Legendary Dominion will be available in the third.

Legendary Dominion You voted and we listened! We'd like to thank everyone for their participation this week's Community Choice Poll, and hope that you enjoy Legendary Dominion. The game type uses Halo 4's preset Legendary Loadouts (Battle Rifle, Assault Rifle and Frag Grenades) and features an enabled motion tracker. The game type puts all players on equal footing in terms of Loadouts, and gives players the option to use the Assault Rifle in close quarter battles, or roam from base to base while clearing out the battlefield with the Battle Rifle. Be sure to stop by next week's Bulletin, where we'll have a brand new Community Choice Poll.

As a refresher, Lockdown is a Dominion game variant that was added on July 1st, and features two teams fighting over a central base, with no auto-turrets or shield doors.

As we mentioned last week, the winning maps from the Halo 4 Ricochet Forge Contest will be added into the Ricochet Playlist come Monday, and have received optimization and improvements based on your feedback and playtesting from the Community Forge Ricochet Playlist. These maps include:

To see images of these maps, along with contest details, head over to last week's Bulletin. If you'd like to play the updated maps and even get a sneak peak at what has been changed, the maps can be downloaded by clicking on the above corresponding File Browser links and selecting "Send to Xbox." To play the updated versions of these community-crafted masterpieces in Matchmaking, head into the Ricochet Playlist on Monday!

Monday's Matchmaking Update will also include an update to Halo 4's Team Slayer Playlist, which will officially begin the start of a new program: The Team Slayer Top 200.

The Team Slayer Top 200 will highlight the top 200 players (by CSR) in the playlist each week on Halo Waypoint. We're looking forward to recognizing the top players each week, and as CSR is determined by who you win and lose against, it is possible for a level 50 player to be ranked higher than another level 50 player, so even players at level 50 will be able to see how they stack up against other level 50 players. The first Top 200 article will be posted the week of December 2nd, which will allow a full week to pass after Monday's playlist update and provide ample opportunity for those interested to join the action whenever they'd like.

We've detailed bits and pieces of this program over the past few weeks and below are the final changes that will be made to the Team Slayer playlist:

Team Slayer's CSR will be reset with Monday's Matchmaking Update, and broken up by two month seasons moving forward Team Slayer will move to a team-based CSR Team Slayer's Max Party Size will be adjusted from eight players to four to ensure that players do not boost against opponents Team Slayer's Join-In-Progress parameters will be tightened If you're looking to get into the Top 200, be sure to head into the playlist next week and then swing back the following week to see if you made it on the list!

Lastly, those of you who are planning on playing during the Thanksgiving Holiday weekend, (11.28 - 12.1) should be on the lookout for something special in Matchmaking. As always, we want to know about your experiences in these playlists. After you've tried one or all of the above next week, head over to the War Games Feedback section and share your thoughts with us!

Next up, bs angel is back with more of her favorite screenshots!

Last week, we turned the spotlight on the Gravity Hammer. This week, we decided to go with a multiplayer playspace. Take a gander at the following screenshots taken on Harvest, and then capture your own for your chance at being featured in a future Bulletin.

For your chance at being in the next spotlight, take a football-themed screenshot (Recommendation: Ricochet helmet!), and then tag it with "Football" and "Halo Waypoint", and maybe, just maybe, yours will be featured in the next Halo Bulletin!

That'll do for this week's Bulletin. If you're picking up an Xbox One this weekend, remember to eat and sleep.