After last week's burst of actual information, we felt it was best to calm everyone down with a dump of more conventional answers, and one of the ugliest Mister Chiefs yet. All your questions answered. Except the hard ones.

It's that time of the week again, where we answer as many of your questions as we can. Downloadable maps and cheat/glitch fixes are in their usual state - that is, coming soon, and there's loads more going on. Plenty of questions, plenty of answers, but nothing mind-blowing.

When are we getting new maps?

We'll have news, with dates soon. We ask your patience, and we'll let you know as soon as the details are finalized.

When will the update be out? You know that all of us are hanging on to every one of your words, and we are all awaiting the Update with intense anticipation. Please give us an Update this week, and do not dodge any more questions.

It's out exactly now. And it's not as exciting as last week's, if you can consider last week's exciting. And I have to dodge some questions or I gets me fired.

Is the Maji Skull on outskirts real or fake?

This answer will surprise you, but we don't know. You see, the skulls were placed there, in secret, by a secret group of people who won't reveal the secret. And they won't even reveal who they are. Basically when I asked about it, I got threatened. And that's an honest answer, I really couldn't find out.

What is the name of the guy that does all the saying like "flag taken" "Bomb armed Bomb planted" on Halo 2? Where can I sign up for that job? What is his exact title?

He's Jeff Steitzer, and his title is Voice of God/Multiplayer Announcer. He's a voice actor (and a regular type actor) and he can be heard in games other than Halo. We found, using scientific research, that his sonorous tone prevented players from simply refusing to die. When he says you're dead, you're dead. When he says a flag is captured, it's captured.

I don't have XBOX Live, but everyone who does have it is getting new maps and glitches are being fixed. Will the people without XBOX Live be getting anything? I want new maps!

I can promise you this: Bungie is doing everything it can to accommodate you guys. We promise we'll look at every possibility and do everything in our power to ensure that the complete Halo 2 experience is made as widely available as we can.

Why are you such a loser?

I don't know. But first thing when I get home, I'm sending anonymous insults to someone I never met. If that doesn't make me a winner, I don't know what will.

Do you guys ever have interns ?

We don't, but MS does. If we had an intern, they'd get subjected to so much horror, ridicule and vileness, that they'd have some kind of emotional breakdown. That said, we haven't ruled it out.

I've noticed that people seem to be quitting/cheating much more in team training games. Now the quitting I can deal with, sometimes you just gotta leave; but I was hoping that cheaters can be punished in team training games also. Please tell me that they can't get away with it just because it's not ranked. And second, I know some of y'all use Macs (look closely on the DVD) and was wondering how many Bungie has. And last, on the Halo 2 DVD, there seems to be some footage of levels that weren't released with the final draft of Halo 2, are these levels "for bungie only" or were they just not completed on time only to be released with the downloadable content? ?

Cheating in unranked games can be tracked and reported the same as ranked games. Plenty of folks have had their accounts suspended for doing just that. Please use the feedback system whether a game is ranked or not. I'd say there's about ten Macs here. Music guys live by them, some art guys use 'em and there's a couple in our web testing dept. that's why the site works on Safari. Also, we have a rare Mac cube. And a Pippin. There are loads of assets that never made it into the final game. That's a normal part of development.

You can't – the customizable set in the game is the only type that exists. We limited it to avoid things like obscene pictures, or curse words.

What will we see first, new maps or Halo 3?

Well, since Halo 3 only exists in your mind right now, I'd have to say maps.

Are you spontaneously funny, or do you spend hours coming up with your next one-liner?

I will address this question in an amusing fashion in next week's Update.

Why are you guys taking glitches out of System Link games?

If it were easy to leave in, we would. The problem is that System Link and Split Screen share almost exactly the same code as the Xbox Live game. To fix one, you have to fix it universally, otherwise we'd be creating more problems than we solve. The fact that sword-flying, for example, remains in Campaign, is testament to that fact.

More importantly – when we fix glitches and cheats, scumbags everywhere will look for new ways to abuse the system. You can bet your bottom dollar their first line of attack would be abusing the "fun" glitches, like Sword Flying. We've seen it used for cheating already and we simply can't leave it in.

I'm having a problem with my television switching from 16:9 to the standard ratio during battle in H2. It seems to happen (not exclusively) during traumatic moments in the game such as directly after being struck with a plasma pistol blast. If you have a simple solution or can give me an idea of what's going on, I would appreciate it. Thanks.

That's weird! What's your TV setup? What cable are you using, what's the TV type and what settings are locked on your Xbox dashboard. And has anyone else seen this? It's new to me.

Give us another hint word.

Are you serious? That's gotta be old by now. OK. I will and I will reveal something about the prior hint words – they're all legit and nobody has guessed exactly. Couple of people came close. Worst rumor was "Timetable = Time Travel!" This week's hint word is, "Firefly."

And finally, the HBO forums asked, can we see Mister Chief wearing a coconut bra? 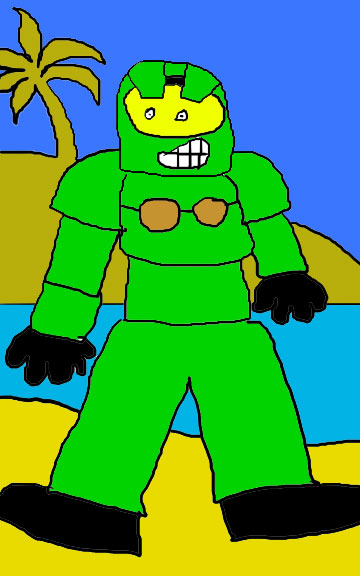