Here we are at the end of another fun-filled week. New matchmaking playlists, new maps, it was crazy, that's for sure. This week, a wee bit of news about the new maps. Including screens. Because we love you.

A few nuggets of information here. Nothing to go nuts about, but that doesn't matter, because people go nuts anyway. There's no stopping them. This week, a few bits and bobs on multiplayer, and a couple of screens from the new maps because I was too lazy to do a Mister Chief. Well, that and the fact that OXM is out now. But these are slightly different ones.

I just read about the new maps in OXM. Can you tell me any more about them?

My lag sucks. I got the new maps and the update, but it seems like everything is laggier than before. What's the deal?

We have some code in the game that trains your Xbox to look for the fastest, cleanest connections. When you autoupdated, the slate was wiped clean. Your Xbox is now in the process of training itself to find smooth, quick connections again. The same thing happened after the last autoupdate too. Should be better even as you read this, as long as you're putting in the hours.

I was reading a thread in the xbox.com forums, and some guy said that Bungie was releasing a disc with like 9 new maps and a new cutscene for like 20 bucks. i was just wondering, if it's true, where i could get it. i assume it's true 'cause he said they were available through Live for $11 I think. But I don't have live 'cause i can't get DSL or cable where i live, so I reaaaally need the disc.

The thread was correct. On June 28th in the US at least, you can purchase a disc that contains all the maps, all the updates (including the gameplay enhancements) and a couple of neat extras, including a documentary and an animation short. This disc is primarily for folks who don't have lIve, but want to play the new maps.

Pop the disc into your Xbox, it will install the new maps and autoupdate your game to include the new gameplay balances.

Is that your head on the Halo ring in Containment?

No, that's a natural cloud formation that happens to look exactly like a photograph of our tallest staff member.

I am wondering, How is it possible to get better at this game when I keep getting my ass kicked? I just don't see the benefits to a butt whipping!

So, there are loads of ways to practice. We have Rumble Training, where you can learn to fight head to head against other players. We have Team Training, where you can learn the ins and outs of objective games. You can also start empty matches to learn the locations of objects, practice firing, practice weapon combos and generally improve your skills, without affecting your rank.

My experience levels are all weird, and so are those of my friends. What's the deal?

Some players have reported that they have weird level drops or gains after just one game. This is due to various caching and other mechanisms; you'll notice odd jumps for a few days after the reset. To fix this, all you have to do is keep playing in the playlists, and the system will autocorrect as you gain/lose experience over time.

you have to do something about the weapons on halo 2 there not carnage enough bring out some weapon downloads for halo2 with weapons like chainsaws and gatlin guns that is what guns you need to take down a sparton.

There won't be any weapon downloads for Halo 2. Occasionally, we will play around with the rules to put turrets in places you normally wouldn't find them – like Lockout – or move starting weapons around, but there's no facility to add new weapons into the game and no plans to introduce that. Also, you can play around with those options yourself in the settings menu.

Let’s say we’re playing an assault game on foundation, our team is losing, only 1 or 2 minutes left, the other team have the bomb but they aren’t trying to score anymore. They keep the bomb in one of the rooms. We attack them and get the bomb, but as soon as they recover the bomb, they return to the same room and get cover. My point is, there aren’t trying to score, so it harder to get the bomb and get even. Is that legal?

Yes it's "legal" although probably annoying. If you can get to the bomb by straightforward means, no matter how well defended it is, then there's no cheating going on, just an irritating strategy. If they surf the bomb out of the geometry on a Banshee, or get it to somewhere the other team can't physically reach, then that's crap. It's like spawn camping. It's really, really annoying, but it can be defended against.

When I enter Team Preview, I seem to get more old maps than new. What's the deal?

The maps are picked at random, but weighted towards the new ones, so you've basically been unlucky, but we are going to increase the frequency of the new maps anyway, so you should see them more often in Team Preview.

Hi, I have a question about the stats, or more accuratley, my stats. Anyways, since I started playing yesterday on the new update, I should of been on the top 1000 players list for team prievew, I should be on it right now, but im not. Could you find it in your small heart to tell me why ?

Well, as I write this, there are about 60k players online which is low. That means that even if you'd gotten up early, you'd have needed to play and win a ton of games to place in the top 1000. And besides, the ranks are designed to match you with players of equivalent skill, not to be used as some kind of trophy.

I was playing double team on ivory tower when my internet started to lag a bit. But what intrigues me most is, i heard the other team say that i walked through a wall and started accusing me of standby! The thing is,my modem doesn't support standby and i'm just as against cheating as you are!
I'm almost positive the other team reported me for cheating , but i didn't!
I dont want to be banned, so please help!

We use more than just feedback to ban people for pressing standby. Other data is visible that shows whether or not standby was used, and you certainly won't be banned for one instance of feedback. So relax. And don't cheat.

Finally, too tired to make a Mister Chief, I got you these shots instead. Relic and Backwash. Enjoy. 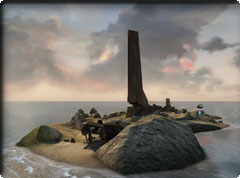 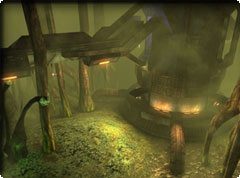