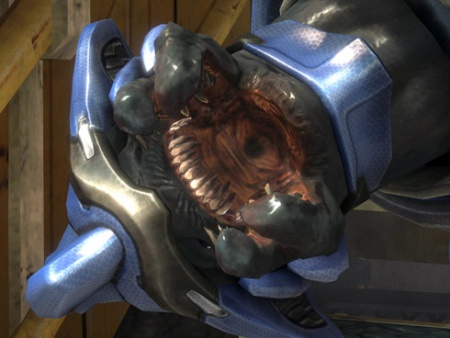 Some people need just their tongue, the back of their teeth, and a steady stream of air to make the most amazing sounds ever. I am not one of those people, though. Let me explain.

One day I was hard at work (and by “hard at work,” I mean I was scouring the internet for pictures of felines because I strongly believe that the best email responses contain not words but situation-appropriate lolcat images) when I noticed someone meandering their way through the maze of desks that is our studio, intermittently stopping, making an inquiry, observing the solicited response, and then moving on to the next person. As he got closer, I started to notice that the answers did not consist of customary chitchat, but instead a variety of intriguing sounds. I patiently awaited my turn, spending that chunk of time right-clicking images and placing them in various desktop folders marked for potential future use.

Then, just like that, he appeared in front of my desk, wearing a look that said “business.” Serious business, in fact. He didn’t sugarcoat his request. He simply threw it out there, making his request like it was nothing: he wanted me to make my best machine gun noise. And he wanted me to do it immediately. I discreetly wiped away a newly-formed bead of perspiration from my forehead, puckered my lips, and mentally prepared to impress him with the perfect execution of rapid tongue fluctuation against the roof of my mouth. Instead, what escaped the confines of my oral cavity resembled a broken sprinkler in sound—but a fully-functional sprinkler as far as the amount and distance attained with my generous moisture expulsion. Oh yes, he left with a face full of spittle. But I think he was impressed... and perhaps even thankful for the shower. 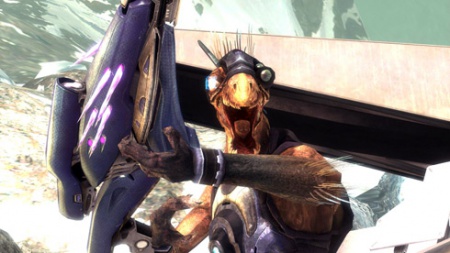 I’m not saddened by the fact that my weapon impressions leaves something to be desired because if you’ve ever heard my high-pitched, embarrassingly loud laugh [Ed. Note: it’s only a little loud and only mostly embarrassing"] , you already know that I have the ability to burst eardrums with a single shrieking syllable. Besides, people like Kristofor Mellroth, Senior Audio Director for Halo: Combat Evolved Anniversary, make up for what I lack. Last time I checked in with him, he was recording the Skywalker Symphony Orchestra performing Pyramind Studios' new orchestrations of the original music at Skywalker Ranch. When I popped in his office last week, however, he was working on… wait for it… weapon sounds.

Don’t you love it when it all comes together?

After arriving a full 30 minutes late for our meeting (hey, it’s not my fault I transposed the last two digits of his office number and spent half an hour looking for a room that didn’t exist), I was treated to more nostalgia-inducing audio files than my pea-sized brain could handle. He fed my facial side-flaps of cartilage sound after sound, all the while explaining the nitty-gritty details of Halo audio. While I assumed he locked Grunts in a sound-proof room and threatened to withhold the food nipple until they fulfilled every last one of his sound-related requests, apparently the process is a bit different from that. Who’d a thunk?

Kristofor’s approach from the beginning, as it pertains to the things you’ll hear in Halo: Anniversary, was to update what was already there. The arsenal of weapons available in the first game is so iconic to the series that he wanted to create rejuvenated sound, not new sound. Technology has changed, as has implementation. So he took what was already there and updated it in a combination of ways.

First, he brought onboard one of his favorite weapon sound designers, Peter Zinda. Kristofor knew that, without a doubt, Peter was the right person for the job. He not only works magic when it comes to sound design, but he also knows Halo inside and out. He’s hosted LAN parties since the days of Combat Evolved, and he continues to visit the world of Reach on a more than weekly basis. Because of all that time spent in-game, he can instantly tell the difference between the sound a Reach Magnum makes versus a CE Magnum. And numerous other weapons as well. (If you ever cross paths with Peter, you should challenge him to a game of “Name That Tune,” Halo-style. Just be prepared to lose should you need more than a single note.)

One of the things Kristofor challenged Peter to do was to create sounds that are higher fidelity than the original with more details added for embellishment. But the catch was that Kristofor also wanted you to hear them and instantly know they are from Halo. He wanted you to be able to close your eyes and say, “That’s the Shotgun.” “That’s the Needler.” “That’s the charging of a Plasma Pistol.” He thought the biggest challenge would be the plasma weapons, but they were actually the first thing to come back and they not only sounded amazing, but they were instantly recognizable and more visceral to boot.

Kristofor and Peter then started working on the UNSC weapons. These were more difficult because part of the original character of those weapons were that they were low-fi. They’re loud and distorted, and as they gained fidelity, they lost character. That led the audio team to some good ol’ fashioned sound archaeology in the old audio libraries. They found the original sounds and used them as source material. This particular gun in Halo is this gun in the library plus 12dB of limiting, and so on and so forth. A lot of the things they could recreate exactly, then build on from there, adding trail, mechanism, and the like.

Peter Comley in MGS Soundlab (a veteran of Halo 3) was tasked with recreating the original ambience in higher fidelity while also supporting surround sound. He has been painstakingly going through and matching the feel of the original using the best tools and source materials available today. This work was just completed this week, and now it’s on to bug fixing and mixing.

Kristofor also wanted to update weapon foley, so he hired Gary Hecker. Gary’s recording sessions involved reperforming all of the moves in the game. Things like melees with more power, and weapon reloads with fresher sound. He also provided new source for the Flood, along with new bullet impacts, plasma impacts, and even some embellishments. Spend some time watching and listening to the following videos that compare the original Halo: Combat Evolved sounds with the updated versions Halo: Anniversary offers. Pay close attention to the little things like the animations and the sounds, and perhaps you’ll notice a new pat here or a burlier reload there.

On a different note, if you’re staying up-to-date on the Halo Fest festivities (protip: you should be, FYI), you probably already know the related contests have entered the second stage. As the submission deadline has come and gone, both the Forge art and machinima entries are now available for your viewing and voting pleasure. Go check out what your fellow Halo fans have created, and then let your voice be heard about which ones you think should reign supreme. There’s prizes at stake, including a highly coveted Red vs. Blue walk-on voice-acting role, so go click that big ol’ button that reads “Vote” on your favorite entries. You may even get some worthy entertainment in return. 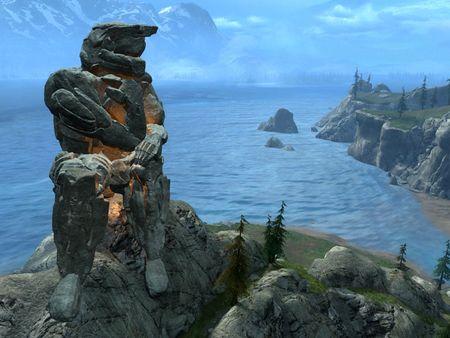 I Need an Answer

Before this Bulletin, I collected questions from various threads nestled within the confines of our friendly forums. I finally started a single thread though, just to make things easier on me. I mean, you. The variety of inquiries has been intriguing to say the least. Yes, I like toast (although not as much as muffins), I cannot release a swimsuit calendar until every single household possesses copious amounts of brain bleach, and my favorite co-worker is Master Chief (the Halo 4 version, of course). Here’s a few more questions that you may or may not find interesting.

When will you be able to detail the level of support you guys will be giving Reach and the community? –Heyy Youu

Halo Fest attendees will be the first to get the Halo: Reach Title Update specifics along with some hands-on time with the changes. Overall, we’ll continue updating playlists and things of the like, although, for the time being, our primary focus is on maintenance. When we reach the point of actually getting our feet wet instead of just dipping our toes in the water, we’ll let you know because your feedback is vital in all our endeavors. For now, we’ll leave it at “Coming soon!”

My favorite change is that thing that used to do this thing now does that thing. Freak. In’. Awesome.

What changes can we expect when the forums exit beta stage? –Lycan XIII

There will be a fair amount of changes, both visible and not. I’ve played around in the next forum iteration, and I loved it so much that I asked them to push it out in its current not-quite-ready state. After watching me add an entire section devoted just to cats, they said no. So while there apparently won’t be a feline-only area, organization will be slightly different, there will be new features here and there, and everything will function as close to purr-fect as we can get it. Me-ow!

And last, but certainly not least, congratulations to Bungie on the launch of their newly revamped website and also for the assistance they’ve provided during the transition to 343 and HaloWaypoint.com. We can’t wait to tell you more about the cool improvements and features we have planned for the not-so distant future. Until next week…

PS: This week, for your Friday Caption Fun image, I asked our artist to make you something that could double as a wallpaper. Embiggen, save as desktop background, and then join in the latest quip fest here! 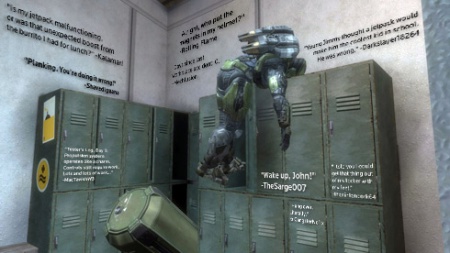